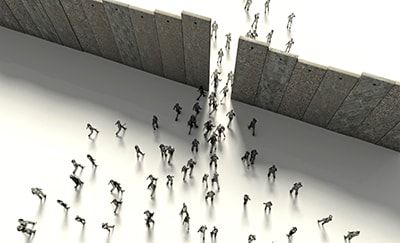 Kuwait is considering a new law that will enforce a quota system for emigrants in the Country. As per Kuwait Times, this law is to be introduced in the forthcoming National Assembly term with the objective of ensuring that the foreign expat population remain within 20 – 30 per cent in the country. While the executive authority remains responsible for granting an allocation or coping with work permits, and cabinet resolutions resolve these concerns, MPs seek to remove the pressure and humiliation from the government.

Due to its impact on relations with other countries, the government could face "some difficulties" in issuing a quota decision. MPs, therefore, want to tie this to a legislative rule.

A senior Kuwaiti official cautioned last month that the country must track the growth of some ex-pat groups is now "too high." The Kuwait Times cited MP Ahmad Al-Fadhl as stating that Indians, Egyptians, Bangladeshis and Syrians account for over half of the 3.4 million expatriates from 120 nations residing in Kuwait. The Indian community is about 900,000, Egyptians about 600,000, Bangladesh about 200,000 and Syrians about 145,000.

To improve nationalisation in the workplace, Kuwait has been working to reduce its expatriate population. Kuwaitis currently account for less than 30% of the 4.7 million population of the country at 1.42 million. It was reported late last year that Kuwaiti authorities are preparing to decrease foreign inhabitants by at least one and a half million in the next 7 years alone.

Modifications in the Regulations for Power of Attorneys in Kuwait

Kuwait Private Sector Annual Leave to be Increased Introduction Annual leave is a crucial aspect of the labor law in any nation, and there is usually a set amount that…