I. Hong Kong tax regime for funds set to change 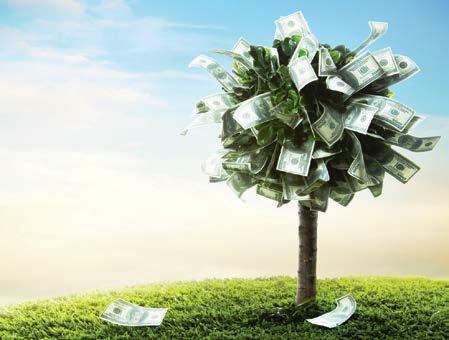 The European Union has identified the tax regime for Hong Kong as one of the problematics on account of its fencing features which include preferential tax treatment for funds which is partially or fully isolated from the domestic economy. The Hong Kong (HK Government) drafted the bill for Inland Revenue (Profits Tax Exemption for Funds) (Amendment) Bill 2018 which has introduced the changes to the existing profits tax exemption for non-resident funds.

To consolidate Hong Kong's competitive edge in the manufacturing and management of funds and not to be put on the EU's list of non-cooperative jurisdictions for tax purposes, the Government announced in the 2019 Budget that a review would be conducted on the existing tax concession arrangements applicable to the industry with regard to the international requirements on tax co-operation in order to address the EU's concerns. The Bill, when enacted, will thus provide a profits tax exemption to eligible funds operating in Hong Kong.

II. Value Added Tax Rate to be applied to Bahrain

Bahrain approved the introduction of the VAT under the Royal Decree No. 48 of 2018 which was approved by the Upper House. With effect from 1st January 2019, a rate of 5% will be applied. This rate is quite like those already been in existence in the other GCC countries.

The VAT Law in Bahrain has been published and confirms that VAT will be introduced in Bahrain on 1 January. The VAT Law differs from the VAT rules of the United Arab (UAE) and the Kingdom of Saudi Arabia, around the zero-rating and VAT exemption provisions. From VAT implementation in the UAE, Saudi and countries, businesses need to prepare early, to ensure readiness.

The Law sets out industries which will be exempted from VAT. The precise application, scope, and conditions relating to the zero-rating or exemption will be provided in the Executive Regulations. The Exemption is applicable to Oil and Gas (O&G) sector, Financial Services, Real Estate, Education, Basic food items and Local transport.

Businesses should consider the impact of the VAT Law on their business and ensure what steps they need to take to guarantee they are ready to comply with the new VAT system.

III. Can Foreign Arbitral Awards be enforced in Saudi Arabia?

It was on 8 October 2018, the Ministry of Justice of Saudi Arabia announced that in the last one year its enforcement courts received a record-breaking 257 applications for enforcement of judgments and arbitral awards rendered outside Saudi Arabia, which were appraised at SAR 3.6 billion or “nearly one billion dollars.”

The New York Convention on the Recognition and Enforcement of Foreign Arbitral Awards has been acceded to by Saudi Arabia. There was a lot of uncertainty around the recognition and enforceability of the awards since all the awards were supposed to be translated into Arabic and submitted to the Saudi Board of Grievances. This new law will act as a substantial growth for numerous foreign enforcement applications.

Establishing of the Saudi Center for Commercial Arbitration is an example of Saudi Arabia’s reignited care in resolving disputes through arbitration, which is an essential element for drawing investments and ensuring that international commerce continues thriving in Saudi Arabia.

The Public-Private Partnership model will serve goals for implementing a sustainable and competition-based economy for UAE. It is to serve the interests of the public by integrating efforts, funds, knowledge, and expertise with technologies from the government as well as private partners. Additionally, it acts as an option for rendering commodities and services at comparatively lower. Besides, it is an ideal option to give efficient products and services at a decreased cost and to use the private sector’s capabilities and efficiency. It attracts national and foreign investments cost savings on operation and maintenance through competitive bidding and innovative technologies which are offered by private tenderers motivating the private sector to innovate promoting economic growth by creating job opportunities in the country reducing government spending and funding and sharing financial risks with the private sector. 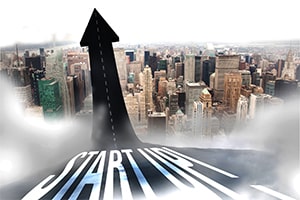 Premium Product, a hybrid IBC/Free-Zone Company, is a collaboration linking RAKICC and Ras Al Khaimah Economic Zone (RAKEZ) that recognizes offshore companies registered with RAKICC to carry out their ventures onshore by establishing a subsidiary at RAKEZ. More international pressure is put on offshore jurisdictions, particularly from the OECD and the European Union. Free-zone Corporations are acknowledged as Companies of substance because they are in a Free-Zone which are not run from another country as in the case of IBC (offshore Companies).

The International Corporate Centre for Ras Al Khaimah (RAK ICC) which is a Corporate Registry has introduced the latest premium Product wherein a company which is established within the RAK ICC can automatically and subsequently have a subsidiary of the existing establishment in the RAK Economic Zone. This concept of Premium Product can provide investors and businesses with an opportunity to take advantage of both registries.