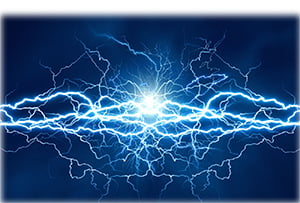 On March 10, 2021, a Decree amending Mexico's Electricity Industry Law went into effect. The Decree nullifies the energy market liberalization reform of 2013-2014, which sought to attract private investors to Mexico's energy sector by putting a premium on low-cost power generation, confirming President Andrés Manuel López Obrador's ambitions to "rescue" the country's energy sovereignty. It has, however, been criticized by a number of national and international actors, including the Mexican Bar Association, which claims that its consequences could jeopardize Mexico's international obligations, among other things.

The energy companies in Mexico will be the first to be impacted by the Decree, but they will not be the only ones. Financial institutions that have invested in such ventures, whether by loans or other financial instruments, are likely to suffer a negative impact as a result of the Decree. Since the Decree is expected to raise electricity prices, it will most likely have an effect on investments in other non-energy-related sectors, such as manufacturing.

Remedies available for the private businesses affected by the Decree

Local Remedies- Affected businesses have 30 days to file a Constitutional Appeal Action under Mexican law. Investors in the energy sector may also request an injunction to prevent the Decree from being enforced. A federal judge imposed an injunction on March 18, 2021, blocking the Decree's effects.

Investor-State Dispute Resolution- Mexico is a signatory to over 40 bilateral and multilateral treaties that grant foreign investors important rights in the country. Many of these treaties enable foreign investors to have their disputes with Mexico arbitrated. International companies that are affected should also recognize the privileges given to them in their contracts with Mexico or its organs if any.

Mexico - Electric Industry Law On 29 January 2021, the President of Mexico sent a Bill to the Chamber of Representatives on preferential processing ('Bill') to change the Law on…