The Abu Dhabi Global Markets (the ADGM) are comprised of three independent authorities namely, the Registration Authority, the Financial Services Authority and the ADGM Courts. These authorities are tasked with ensuring that there is a business-friendly environment that operates according to international best practices utilised in major financial centres across the world.

Following an extensive review of the litigation funding frameworks in other jurisdictions and a consultation process in November 2018, the Abu Dhabi Global Market Courts have released Litigation Funding Rules (the Litigation Funding Rules). According to section 225(2) of the Abu Dhabi Global Markets Courts Civil Evidence, Judgements, Enforcements and Judicial Appointments, a litigation funding agreement is an agreement whereby a person or funder agrees to fund advocacy or litigation services to a litigant (the Agreement or Litigation Funding Agreement). The funder can decide to finance advocacy and legal services in whole or in part. In return, the litigant is obliged to pay a sum to the funder in specified circumstances. Section 225(3) sets out the conditions that must be complied with if a litigation funding agreement is to be enforced, including that the agreement must be in writing and pertaining to litigation where conditional fee agreements are permitted. Sections 225(3)(a) and (d) also state that the Chief Justice of the ADGM Courts can prescribe conditions that apply to Litigation Funding Agreements. Thus, the Litigation Funding Rules give effect to section 225 of the Abu Dhabi Global Markets Courts Civil Evidence, Judgments, Enforcement and Judicial Appointments Regulations of 2015. There is increasing interest by third parties in funding legal proceedings in the Middle East, and the rules were introduced as a response to this need.

The rules outline the requirements that a funder must meet to qualify as a third-party funder in Abu Dhabi Global Market Courts arbitration and litigation proceedings. According to Section 4(1) of the Rules, the Funder must carry on business as a funder of litigation or arbitration proceedings to which they are not a party. The Funder must also have qualifying assets of not less than US$ 5 million or the equivalent in foreign currency. Section 4(2)defines qualifying assets as tangible or intangible property owned directly or indirectly by the Funder. Intangible or tangible property includes cash or cash equivalents such as movable or immovable property and investments. Monies and assets contracted to the Funder under a contract for fund management constitute cash, as well as paid up share capital if the Funder is an incorporated company.

The Rules also tackle issues of financial and other interests in third party funders. Section 5(1) of the Rules stated that the Funder must not be owned in whole or in part by a lawyer or a law firm who has referred or introduced a client in relation to the proceedings. Furthermore, if the funder is owned wholly or partly by a law firm, the funder must not be a lawyer or law firm whose client has a litigation Funding in force with such Funder in relation to ongoing proceedings. It must be noted, however, that if ownership in section 5(1) does not refer to a stockbroker or other professional investment manager who deals with an individual’s dealings in securities without having obtained prior instructions from that individual.

The Litigation Funding Rules pre-empt situations where a conflict of interest arises. Section 9 states that the Litigation Funding Agreement must not contain any terms that induce the litigants' legal representative to breach their professional duties to their client or the ADGM Court. The Funder is prohibited from including terms in the Litigation Funding Agreement that allows the Funder to influence the litigants' lawyers or law firm. In addition, if the litigation funding agreements include more than one Funded Party, then the Funding agreement must include provisions that manage conflicts of interests between all parties involved. 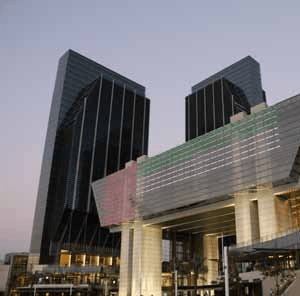