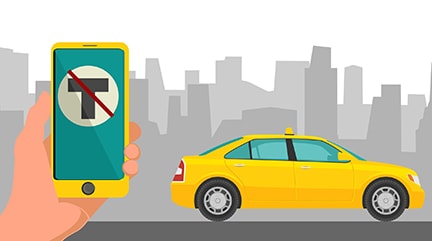 It was announced only towards the latter stages of 2018 that car sharing, or more specifically, illegal taxis, are not allowed in Oman. There is a difference here between these two concepts, and it is clarified as follows.

Illegal taxis are any non-official taxi services which charge their riders a price to transport them to their desired destinations; this is the same activity as an ordinary taxi, the difference being that unlicensed individual perform it. The reason for the prohibition of such services is to ensure that the party which uses the service is not placed in danger. Due to the unlicensed and unauthorized nature of this, there are chances that the drivers may not be licensed or monitored appropriately, which can cause havoc in the case of accidents or wrongful actions.

Car sharing alone does not involve payments in the way illegal taxis do, and this is the critical difference. The Oman police have recently made an announcement to clarify just this.

The recent announcement clarified that the ban on pick and drop services only aimed to prevent at what was referred to as ‘taxis’. For one to avoid this labeling, the solution is to not charge the individuals for the trips.

The requirement for this clarification arose following questions arising concerning the simple sharing of vehicles between friends or family; a practice which is relatively common. The announcement, which was provided by the Royal Oman Police will have come as a great relief to many. All in all, the confusion that arose was not of significant disruption, though travelers will now have less to worry about on the topic.

Oman ‘Sin’ Tax Introduction There are numerous practices which are performed openly and legally, which are at the same time, known to harm either the individuals involved in using them…

New Regulations by RTA for Tow Trucks With the increasing hazards caused by the present condition of towing vehicles to the road users and general traffic safety, the Roads…