The new Singapore Corporate Registers (Miscellaneous Amendments) Act, passed by Parliament, altered the Singapore Companies Act and the Limited Liability Partnerships Act (LLP Act). This change complies with the FATF's standards, an intergovernmental body that aims to prevent terrorism funding and money laundering by establishing international standards for preventing these acts and any harm that might be caused due to such activities.

As a result of the said amendment Act, the Singapore companies, both foreign and local, would now be required to keep registers pertaining to the nominee shareholders and their nominations. They would also be required to update their records within seven days of being informed by the nominee as per international standards. The said amendment Act was brought into force to strengthen the corporate governance regime in Singapore. Initially, there were problems pertaining to the lack of transparency regarding the identity of the holders who had actual control over the company's shares, and this is an international concern. These amendments would provide clarity and help combat issues like terrorism financing, money laundering, and other problems that threaten the financial system internationally. In the case of a nominee, the shareholder holds the shares on behalf of the other person. This person holding the shares is called the nominee shareholder, while the person for whom the nominee shareholder owns the shares is called the nominator. 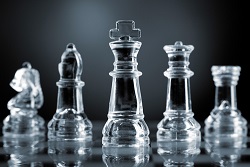 The previous laws did not provide for the identification of the nominators as they were not recorded as shareholders, and since it was not clear who was holding the shares, this became a problem. In addition to this, certain new requirements were introduced for enhancing the transparency of the control and the beneficial ownership of the companies. This would further lead to increasing the cost of compliance for the companies. Still, this amendment is applicable to Companies and LLPs, so it would not negatively impact small businesses. This amendment will indeed pave a way to fulfill the responsibility of being a transparent and rule-based global player in financial services.

Abu Dhabi – Abu Dhabi Energy Corporation to become a public joint-stock company The rulers of UAE have always been thoughtful of the advancement of their country, be it business…

Changes to Singapore Penal Code   Introduction Singapore is currently in the process of amending its Penal Code. Penal Codes represent one of the most critical forms of legislation, covering…