UAE is Devising a plan to include 10 new sectors to the Companies’ law, allowing for 100% Foreign Ownership

UAE is Devising a plan to include 10 new sectors to the Companies’ Law, allowing for 100% Foreign Ownership 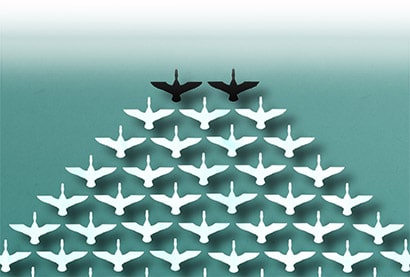 According to a senior official, the UAE's Ministry of Economy is working on new legislation to add 10 sectors to the commercial company’s law, which allows 100 percent foreign ownership of onshore companies in the country. The legislation, which will bring investors and businesses in '10 new strategic sectors of importance' under the law's scope, is nearing the final stages of formation.

However, the UAE Cabinet has not yet announced the list of sectors and the regulations that will govern their entrance into the local market. Additionally, the cancellation of the national service agent provision took effect on April 1, indicating that all existing and previously licensed companies in the UAE will amend their statuses in accordance with the new amendments to the commercial company law.

The aim of the legislation that has been enacted or that will be enacted soon is to improve the country's competitiveness for both domestic and foreign investors, as well as to improve business efficiency. Further, it was noted that it is based on a clear vision of the country's economic future imagined by federal, state, and private sector stakeholders working together.

This will be revealed shortly as part of a holistic plan to draw brilliant minds from across the country and the world.

There is a number of laws that have been announced by the UAE’s Ministry of Economy for promoting a conducive environment for industries which includes the introduction of the new industrial law. In addition to that, the government supports start-ups facing financial issues to tackle the situation and improve their performance. Furthermore, the Ministry is planning to launch a National Added Value Programme to support the national products to enhance their competitiveness.

100% Foreign Ownership for LLCs and PJSCs

UAE Economic Activities to have 100 % foreign ownership The UAE Cabinet has given its approval for 100% ownership on the different economic activities and sectors ranging from renewable energy,…

UAE to Introduce New FDI Regulations for Improved Foreign Investment Introduction The UAE is known for its vast wealth and success, and this has all arisen since the country gained…