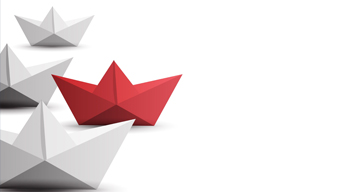 The Shipping Act is the main law that regulates common carriers both vessel and non-vessel operating (NVOCCs) as well as marine terminal operators (MTOs) for orderly growth of maritime commerce in the U.S. The ocean carriers and other corporate entities which enter into cooperative agreements were mandated to justify those agreements to the Federal Maritime Commission, which often made the approval process time-consuming.

Since 1961 when the FMC was established, it ensures that neither the business activities of liner shipping groups, laws of foreign government or regulations impose an unfair cost burden on the U.S. exporters, or U.S. consumer of imported goods. Therefore, FMC strives to maintain an efficient and competitive international ocean transportation market by gauging the agreements between ocean common carriers and MTOs and create level playing field for the industry players.

The section 40102 amended expands the scope of the Shipping Act due to inclusion of  various U.S. port service providers under it.

Section 41105 was amended and now states that an association or group of two or more common carriers may not unless the negotiations and any resulting agreements are not in violation of the antitrust laws except that this paragraph does not prohibit joint venture, or association of ocean common carriers

The Shipping Act provides powers to the FMC to give tooth to the law through a civil action and filing of injunctive relief in courts. The FMC will now consider the combined instead of the individual/isolated effects of shipping agreements on the competition, as well as other factors in the relevant markets, widening the scope of its analysis.

Section 306(b), provides a list of the content that the FMC shall include in its annual report to Congress a focus on the impacts on competition for the purchase of certain covered services by associations of ocean common carriers acting in pursuance of an agreement between ocean common carriers, including a summary of actions such as corrective steps, taken by the Commission to promote such competition.”

Section 40104(a)(1) was amended and now the FMC requires to file with the Commission a periodical or special report or a memorandum of the transactions that relate to the business of the common carrier or MTO.

Section 40304(a) is amended to provide that not later than 7 days after the agreement is filed, the FMC shall publish a notice of the filing to the Federal Register and secondly request interested persons to submit relevant information and documents. This provision would improve the efficiency of the FMC to gather vital information to evaluate appreciable adverse effects on the competition.

Upcoming Changes to the UAE Maritime Regulations Introduction The UAE is a nation with a considerable amount of coastline. To the west of the country, there is the Persian Gulf…

UAE Maritime Law 2020 UAE is all set to introduce the new draft law for maritime operation in the country. It will offer 100 % ownership to the UAE nationals…