With the world ever moving towards a more globalised structure, clarity and cooperation are more important than ever. The move towards a more integrated world has been occurring for decades, most notably following the end of the Second World War. Some of the most notable examples of this include the formation of the United Nations (“UN”), North Atlantic Treaty Organsisation (“NATO”), World Trade Organisation (“WTO”) and the International Monetary Fund (“IMF”). There are numerous others, though these entities are of massive substance and promote and drive towards a more interconnected world.

Technology has also been a major pushing factor and has been something of a vehicle of the interconnectedness. With the rise and spread of the internet towards the latter stages of the 20th century, and the increasing availability and ease of use of mobile phones, the workday never truly stops and nowhere is genuinely very far away.

All of this has allowed for business to spread to every corner of the world with relative ease, and with the spreading of business, the people have followed. Kuwait is an excellent example of this. While the country is well known for its vast oil reserves, as it has the sixth most significant reserves in the world, it has also been a substantial business magnet. The country has many things going for it. It has a robust economy, and most consider it a high-income and stable nation from an economic standpoint and the World Bank has it ranked as the fourth highest income per capita globally.

Further to this, the country has solid international ties. It is a critical non-NATO American ally and is a crucial ally to the ASEAN trade block. To top this all off, Kuwait has strong relations with China. These all come together to make the country an ideal location for businesses to expand to and grow.

Finally, we come to the main topic at hand — the Law. As business and technology have connected the world, so have the laws and regulations which govern it. While each nation and in some cases, individual states within a country have their laws in place to dictate matters, we have also seen the rise of many international treaties and agreements. Due to the sovereign nature of countries, these treaties will have to be ratified and individually implemented within the system though. Beyond this, international agreements do not cover all topics. They relate more to the impactful matters such as international trade and environmental protection.

However, the majority of laws are still unique to each country. As such, the question arises of what will occur when an international award appears. What will the implementations be in other countries? This article will look at Kuwait’s stance on the matter.

What is a Foreign Award?

Foreign Awards are when judgements arise in countries other than the one in question. Due to the differences in legal frameworks and systems around the world, international decisions may not be in line with or go through the procedures present in other nations, and so the matter arises regarding just what will be done with these foreign judgements.

With the international nature of Kuwait, contracts often arise on a global scale; there are numerous complications that one would expect when working in this nature. To deal with this, many countries have implemented systems and regulations which dictate how these topics are to be dealt with and handled.

Often, contracts contain clauses which specify which jurisdiction’s laws they will apply to a case if any issues or disputes arise, or which countries courts will handle matters. While this is certainly allowed and a choice the parties are free to make for themselves, whether an international award will be enforceable on a global scale is a different and more complex discussion.

Kuwait does allow for Foreign Awards to be applicable within the country, though there is a specific requirement before this will pass. The Kuwait Law Number 38 of 1990 mentions foreign awards. This legislation is the Civil and Commercial Procedures Law, and it is quite extensive. It concerns most aspects non-criminal in nature and sets out the following concerning these awards. 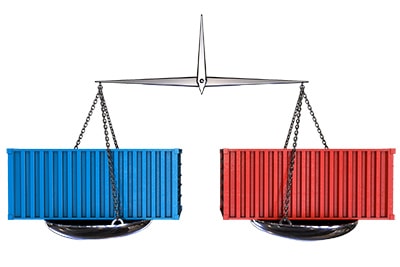 What are the Stages to Verifying a Foreign Award?

For one to ascertain whether a Foreign Award is enforceable in Kuwait, there are four elements which must first be present. These are as follows:

With concerns to the third point mentioned above, Kuwait is a country which highly values its culture, and it is of great importance that the practices and norms are respected. With the population demographics of the country showing that around 70% are expatriates, it would add further importance to protecting the culture.

Are there any Issues for Foreign Awards?

While the above has demonstrated that the law does allow for Foreign Awards, it is rare that this does occur in practice. Judgements from other GCC countries have a higher likeliness of being implemented due to them often having somewhat similar systems, cultural beliefs and international trade and business situations. They also share many similar laws, and the relationships between the nations are quite close, which provides an element of certainty to Kuwait. Less time and work will have to be put in by a Kuwaiti court to ascertain whether the international regulations used are accurate, appropriate and line up with the nation’s values.

On the other hand, foreign jurisdictions, particularly those from the western world, are a little more distant. As such, there have been very few occasions where the upholding of a Foreign Award has occurred. There is only one recorded incident of this having taken place, which was for a case in the UK. During this specific case, the Prosecutor was in the UK and provided a letter stating that the UK would be willing to provide reciprocals to this judgement if it should ever arise within the UK, thus fulfilling that aspect and requirement. Generally, though, this evidence would be seen as weak in Kuwait and may be too much so for the judgement to be accepted.

The principle still stands though, as the Kuwaiti government are very much aware of how attractive a prospect their country is to foreign businesses and businessmen, and must ensure their laws provide for all eventualities that may occur as a result of this.

With all this considered, it should be borne in mind that if the parties to a contract wish to allow for the enforcement of Foreign Awards, due to the complicated nature and uncertain court outcomes, they may instead choose to use Alternative Dispute Resolution to solve their issues. Through this method, a Foreign Award can simply be implemented and accepted.

With parties that are involved with each other internationally, it is also crucial to look at the way those entities would react in a realistic situation. If an award arises in one jurisdiction, and the contract between the parties specified that jurisdiction’s courts and laws, there will likely occur a mutual acceptance of whatever the award is. This reason is likely why we see very few cases such as the previously mentioned one in the UK, where a Kuwait court received an agreement from the UK confirming the reciprocal nature of the decision. Once a single court comes to a conclusion and provides a judgement, parties will be more likely than not to either approve or at the very least accept it.

Enforcement of international awards is a topic that requires consideration under the regulations and legislation of a country, especially one with the scale of international business as Kuwait, even if issues, where it comes to the forefront, are few and far between. 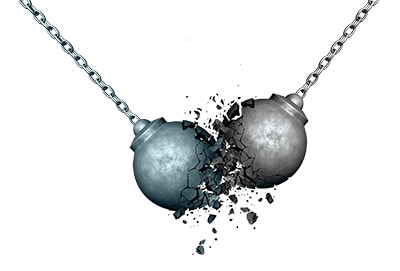 Kuwait has put itself in a strong position when it comes to their regulatory structure as they do not give unless they receive; this is a cautious though friendly enough arrangement which is open to foreign jurisdictions only if the foreign nation is willing and able to guarantee a reciprocal judgement if the opposite situation comes forth.

Finally, it also allows Kuwait to maintain its culture and moral beliefs as Kuwaiti courts can overturn international awards if they substantially disagree with them, which is a far smaller problem in the GCC, and even on the greater foreign field, is an area that is respected and has little volatility.

Kuwait Company Formation The business environment in Kuwait is complex, and it requires flexibility, persistence, and patience. Many traders are it importers or exporters have been challenged by inconsistent and…

COMPANY FORMATION IN KUWAIT FREE TRADE ZONE   Kuwait, also known as the Fruitful Land of the Gulfis considered to be a land of opportunities.The country’s richness lies in the…

COMPANY FORMATION IN KUWAIT FREE TRADE ZONE   Kuwait, also known as the Fruitful Land of the Gulf is considered to be a land of opportunities. The country’s richness lies in…

Agency Laws in the GCC Countries

Introduction The Initial Public Offering (IPO) is the first occasion on which a company will have shares put up on a stock market. An investment bank will underwrite the IPO…