Liabilities of the Bail Guarantor 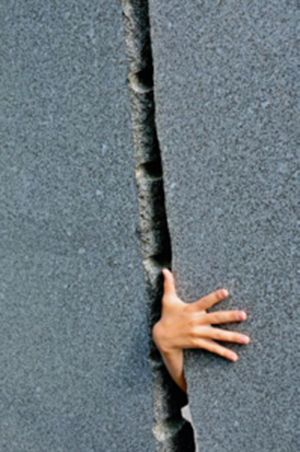 we’ve all seen the images of prisoners arriving at court for their hearings, seated in high-security vehicles with small circular windows, with photographers clamouring for a prime position in order to take photographs through the glass. However not all defendants are required to arrive at court in such a manner. Although several are held in custody during proceedings and are transported to court as and when required, others are granted bail and are not conﬁned, often subject to conditions set by the judge or public prosecution. As approximately ninety (90) percent of the UAE’s population consists of expatriates and due to the additional fact that the UAE enjoys an unprecedented level of tourism, it follows that a major concern of the courts when considering whether to grant a defendant bail is the risk that the defendant may abscond – in other words, that he may leave the UAE in order to avoid facing the justice system. This is obviously a far greater risk when a defendant is a foreign national, as he is less likely to have any community ties discouraging him from leaving the UAE for long-term. In such cases, one condition that the judge may consider imposing in order to alleviate risk is the appointment of a Guarantor.

A Guarantor is the person who guarantees the conduct of the defendant upon being released by the public prosecution or the judge. The obligations of a Guarantor are entirely diﬀerent to those of a work sponsor or residence sponsor, and regularly give rise to complicated issues that may have severe consequences.This is often due to Guarantor’s ignorance of his liabilities, and may lead to a situation whereby Guarantor ﬁnds himself in a worse position than the defendant should the defendant abscond. In this article we shall discuss most signiﬁcant liabilities of the Guarantor, and consider the factors a person may wish to contemplate before taking on such a role.

When may a defendant require a Guarantor?

in reality the UAE law appears to provide relatively little guidance on the subject of bail, with a defendant’s status and any conditions of bail being at the discretion of the presiding judge. However it is often the case that bail is awarded in instances where there seems to be a lack of suﬃcient evidence against the defendant. Pursuant to Article 106 of Federal Law Number 3 of 1987 (the Penal Code) a person’s previous criminal convictions (where the convicted crime or felony was punished by any measure other than a ﬁnancial penalty) must be also be taken into consideration. The public prosecution, either voluntarily or upon the application of the defendant, may release the latter on bail if the prescribed penalty for the crime of which he is accused is neither the death penalty nor life imprisonment. In most cases the defendant’s remand status will be re-assessed on the expiry of the preventative detention period set by the public prosecution, which shall usually be either 21 days, or upon consideration by the court.   Further to the provisions of Article 122 of the Penal Code, one condition of bail commonly utilised in the UAE is the submission of a personal or ﬁnancial guarantee as determined by the public prosecutor or the judge, on the speciﬁc terms set forth by the same. 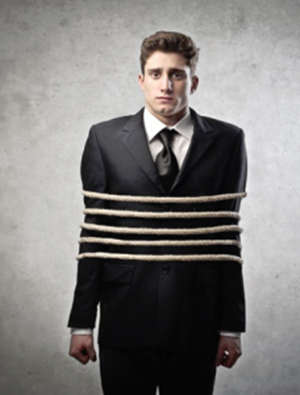 UAE law does not deﬁne the concrete meaning of Personal Guarantee, and as such the terms of the deﬁnition are subject to the discretion of the bail order. The concept allows for the defendant to issue guarantee on his own behalf, or to be guaranteed by a third party, by surrendering the relevant passport to the court (this will be the defendant’s passport where he is acting as a self-guarantor, and both the third party’s and the defendant’s passport when a third party is the guarantor). In rare cases and under certain conditions the guarantor may be an entity or legal person, for example a company or the defendant’s consulate. A Financial Guarantee is, as the name suggests, monetary funds paid into the court, to be returned to the guarantor on the issuing of the judgement in the defendant’s case, or forfeited in the event that the defendant fails abide by his bail conditions. A Financial Guarantee can be paid in three ways: it may be deposited in cash in the court treasury, submitted vide a bank guarantee pursuant to conditions determined in the release order, or to be retained by the guarantor, on the condition that it is surrendered to the court through one of the aforementioned methods in the event that the defendant breaches bail.

Can the courts request both a Personal Guarantee and a Financial Guarantee?

What is a Guarantee (bail) Bond?

What does being a Guarantor involve?

To what extent is the Guarantor liable?

The liability of the Guarantor may not appear to be excessively extensive when considering that the defendant might breach bail by failing to attend an investigative or court session, as the likely consequence is that the Guarantor will forfeit all or some of the Financial Guarantee. However a Guarantor should also consider the consequences in the event that the defendant does not comply with the requirements of any judgement issued against him. In such an instance, the Guarantor must be aware that he personally shall fall ﬁnancially liable for any ﬁnes or cost orders made against the defendant up to any amount as is prescribed by law. In some cases, this may amount to hundreds and thousands of dirhams.

Problems will inevitably rise if the Guarantor is unable to meet the ﬁnancial liabilities he has incurred under the Guarantee Bond. In such cases the Personal Guarantee (namely the passport) of the Guarantor may remain under seizure for years on account of his failure to ensure the compliance of the defendant and / or pay such funds so as to allow for the execution of judgement. Therefore anyone considering acting as Guarantor should be fully aware with the content of the Guarantee Bond and the extent of any ﬁnancial ﬁne available in law for the relevant oﬀence. In addition to this the prospective Guarantor should have suﬃcient conﬁdence that the defendant will attend court as required and not abscond whilst on bail.