They say that crime doesn’t pay. But whether it pays or not it certainly sells, at least with Hollywood movies, computer games, fictitious novels all reaping the benefits of the public’s general fascination with the subject. Generally, the term “crime” may cover anything from a road traffic offence to a mass murder. Yet countries across the world regularly increase the range of offences   to regulate and maintain public order in keeping with developments in society. For example, advancements in the fields of technology and finance have tempted criminals to resort to newer forms of crimes, and adopt alternate forms of currencies such as bitcoins.

As any industry is a continuously fluctuating, changing concept, the law must constantly and correspondingly evolve in order to remain effective. However it isn’t just the evolution of crimes themselves that renders new legislation necessary – the vast improvement in international transportation is such that a person could theoretically now commit a crime on one side of the globe in the morning but be safely on the other side of the world by supper time. This concept is prevalent in the media, with the faces of accused such as Shrien Dewani, Julian Assange and Amanda Knox fronting our screens almost daily. The internationalization of crime has therefore forced domestic criminal law in several jurisdictions to rely on international co-operation.

International crime may be categorized under four broad headings, namely money laundering and financial crime, drug trafficking, heinous crimes and the war against terror. Offenders operating in any one or more of these areas have the potential to exercise great influence on authorities, states and society in general through open or hidden channels. Therefore ensuring that such characters are appropriately investigated, tried and thereafter dealt with is not merely the responsibility of the country where the crime may have occurred, but is a concern on global level. Such cooperation will in turn assist in upholding national security, and further ensure that domestic peace is maintained and bilateral trade and commerce is not subject to crime, corruption and unlawful control.

So what effects does this international co-operation have in practice? If an offender has committed a crime in country ABC but is now in country JKL, country JKL will presumably have no jurisdiction to try him. Is country JKL under any obligation to deliver him into the custody of country ABC? Or is he entitled to any protection afforded by country JKL? How do governments expedite any hand-over of suspects? Additionally what if the crime takes place across multiple jurisdictions, or an in area in which the governing law is difficult to determine? In what circumstances may jurisdiction be afforded to an international tribunal? 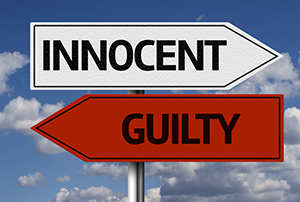 “Extradition” in its broadest context means and results from cooperation between one or more nations and arising from a formal request by one state (generally, pursuant to a treaty or a special request) to surrender a person accused and/or convicted of a crime necessitating extradition/investigation. This general definition is largely understood and encompasses the basic principle, but evidently an extradition process is much more complex. As such a far more specific understanding is necessary in order to effectively achieve the desired objective to the mutual satisfaction of all states involved. The problem here is that no universally-acknowledged specification of “extradition” exists. Whereas the law of the USA considers extradition to be the request for handing over a suspect (by a state with the competency – not necessarily the intention – to follow through with the consequential punishment of the suspect on conviction), alternative schools of thought consider extradition as being handing over the physical custody of the suspect and/or his eventual prosecution. The mechanics of extradition are therefore far more complex and governed by individual treaties or special case-by-case arrangements between nations.

The United Nations General Assembly vide its resolution dated 14 December 1990 urged its member states to strengthen international co-operation in criminal justice. To this effect, the United Nations issued the Model Treaty on Extradition which is consistent with principle 37 of its ‘Guiding Principles for Crime Prevention and Criminal Justice in the Context of Development and a New International Economic Order’. The Model Treaty serves as a guide and further places an obligation on member states to extradite ‘any person who is wanted in the requesting State for prosecution for an extraditable offence or for the imposition or enforcement of a sentence in respect of such an offence’. This obligation to extradite however exists only between two or more member states and in absence of the treaty, no such requirement would apply.

International criminal law is, it seems, a vast and complex subject. This series of articles will guide you through some basic principles in order to answer the aforementioned questions.  Not only will we examine international principles and treaties currently in place to govern such situations, but we shall also explore the domestic legislation which often causes cases to take on an international dimension and necessitates these processes. In the next article, we will discuss one of the four main areas of international crime – namely, money laundering and Issue 7 will address specific terms of international treaties.