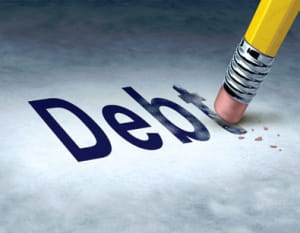 The need to restore capital buﬀers in the wake of ‘bad debts’ forced more than one British bank (s) in the United Arab Emirates to wind up their partial operations. On similar notes, the acquisition of subsidiaries of internationally stable investment banks within this region on account of dwindling proﬁts can be again attributed to ‘bad debts’. The investment climate in Dubai has always been inviting yet seldom predictable.

As a layman, the sight of abandoned fancy cars at reserve car parks and tales of unpaid credit card dues of colleagues’ friends do not appear alien to those who have been part of this robust economy in any way. While the United Arab Emirates has enjoyed an image of being a safe haven, it has often been slammed with comparisons to a cab where you enjoy the ride until you pay as per the meter.   Perhaps a sharp comparison to the above idiom would be the times before the global economic crisis, when things were right and the jaunt was continuing. Banks granted credit cards without the need of exhaustive preventive sureties. Personal loans and investment oﬀers were on a rise. While the rationalists enjoyed the privileges of multiple credit card deadlines as means of managing personal ﬁnances, these multiple credit lines for defaulter led to registration of absconding cases and non-traceability even before an alarm could be raised.

One would question the know-your-client capabilities of the lender and debate how a defaulter from one bank in UAE was able to obtain another facility from a diﬀerent lender. In the respect, the challenges faced by the banks have been many. Primarily, there was a lack of legislative provisions for KYC guidelines and secondarily a centralized credit control board never existed. The modus operandi was based on ‘proﬁts maximization module’ rather than a ‘pre-emptive module’ arising out of streamlined nexus between the lenders.

Unlike the United States or the United Kingdom, the concept of ‘credit history’ has been quite restricted in UAE. In US, every time you apply for a loan or accepted credit from a bank, your bank would pass on details of your accountability in paying back credit to a central board which will then create your credit history. So when you apply for a credit facility with another lender, he is able to access your credit history for your past transactions. In UAE, the only concept of credit history has been a salary certiﬁcate conﬁrmation as most of the banking information is not shared within the public domain. The eﬀects of bad debts and piling loans on banks therefore became detrimental for UAE’s ﬁnancial sector. 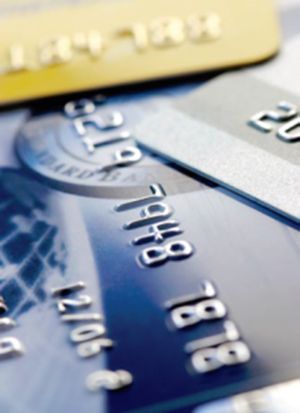 In a move to regulate the credit environment and overcome the above challenges, the United Arab Emirates issued Cabinet Resolution No. 16 of 2014 Concerning the Executive Regulation of the Federal Decree Number 6 of 2010 in regards to credit information (the Law); establishing the Al Etihad credit Bureau (AECB).

AECB, the ﬁrst nationwide credit control agency in UAE has become operational in the last quarter of the year 2014. It has collated 24 months of data from almost 70 banks as well as other credit data providers like telecommunication agencies and other government bodies across the UAE. Initially the byelaws for the AECB provided that only federal and local entities, investment companies, ﬁnancial institutions, leasing companies, professional establishments, cooperative societies and branched of foreign companies registered in UAE may obtain the credit information from AECB by making an application. Later, provision was made for individuals to obtain their credit report by payment of a nominal fee of AED 110. Therefore, all the entities named above will be in a position to beneﬁt from the database of the AECB.

The concept of control bureaus or credit control agencies, although new to UAE, has been a long awaited step by lenders and borrowers alike. The report provided by AECB will include information regarding defaults in payments, refusal or any decisions issued against the person. The report will not issue information on mortgaged assets value, investments value or any other such information that is not requested by the applicant. AECB operations are speciﬁc to providing details of the credit community for individuals. However, this will extend in due time to provide information and credit history of local companies, cheques bounced by these companies and so on.

Without doubt, the establishment of the credit control bureau will be a blessing for the banking sector enabling them to analyze the burden of over lending and the same time minimize the risk associated with lending.

Headache? Perhaps you’d take a paracetamol. Upset stomach? Maybe an indigestion pill. Cold or ﬂu? You might consider anti-congestant medication. In the United Arab Emirates, such pharmaceuticals are easy to…