To change or not to change?

As I turned on the radio and drove to the office this morning the first news item I heard was about the 1% dip in rentals in Dubai this quarter. It is therefore ironic that the first call I received when I arrived in office was from a tenant desperately asking for help having receiving his landlord’s notice informing that the renewal of his tenancy contract would be subject to a rent increase of 67%..

In a country wherein expats make up 90% of the population one of the areas that naturally assisted growth and development was the real estate sector. And whereas investment and acquisition of property are an option for part of the population, most of the expats have no option but to lease their home.

In recent years the return of growth and economic development has turned the real estate sector into one of the main engines of the economy. However the growth and development of a sector does not always mean improvements in the quality of life of the inhabitants of a country. On the contrary it has been proven to lead to a period of unprecedented inflation in residential rent, with thousands of tenants moving to smaller apartments or even to other Emirates in order to afford accomodation.

Accordingly, many Dubai residents, despite working in the Emirate, had to reconsider their finances and find cheaper housing alternatives. Thus, for those thousands of expats who decided to move out of Dubai, Sharjah became a desirable and affordable solution.

Therefore, the question is - from a legal point of view and in a short or medium term – is it worth the change?Is Sharjah the housing paradise where rents cannot be increased within the first three years of tenancy that it is made out to be, or there is something else that we should know before making the move and regretting it forever?

Sharjah’s cheap rates are the token, and many families choose to change their residence only because of the appealing prices practiced in Sharjah. There it is possible to rent a 2 bedroomed apartment for the same price as a studio in Dubai. However, many families are unaware of the tenancy laws in Sharjah and the dream may suddenly become a nightmare. This article aims to demystify Sharjah’s tenancy law secrets, and help you to decide whether it is worth the move.

It is true that during the first three years all tenants benefit from a so-called "protection period" in which the rent cannot be increased. As per Sharjah's 2007 law, the landlords can increase the rents after three years from the commencement of the tenancy contract, and there is no cap imposed upon that increase. Following this first increase the rent can be increased every two years thereafter.

The lack of a cap can be taken by some landlords as a green light to unreasonably hike the rent. Actually as most tenants are unaware of their rights it is not uncommon for landlords to increase the rent by more than 70%, forcing the tenants to agree and pay through illegal means such as threatening them with eviction or simply disconnecting water and electricity supply.

For most tenants the protection period of 3 years upon the commencement of the tenancy contract is also unknown. Accordingly, landlords exploit their tenants’ ignorance of the law and increase the rents yearly, randomly and arbitrarily.

Despite persistent calls from tenants for the imposition of a rental cap, which would arguably be the only suitable protection for Sharjah’s tenants, the authorities continue to defend the current position. If the landlord tries to abuse position, either by increasing the rent within three years of the commencement of the agreement, or increase it by an unreasonable amount, the tenants are welcome to lodge a complaint before the police (when compelled to accept it by illegal means) or approach the Rent Dispute Committee (RDC) and file a complaint based on the “similarity law”. The RDC encourages the landlord to increase the rent in keeping with the prevailing rent rates applicable in that area and having in mind the place, the status of the building and its maintenance, the level of services available, its age and the existence of parking spaces, gardens, swimming pool or gym. However approaching the RDC involves costs. Even though it is alleged that the tenant can simply visit the RDC and submit the available form or submit his own memorandum, experience tells me that the appointment of a lawyer is a key factor in winning case.

Even if rents are starting to dip in Dubai, Sharjah’s prices are still undeniably much more affordable. And even though the lack of rental caps has already been demonstrated to be an issue requiring the urgent attention of the authorities, raising awareness of the applicable law and encouraging tenants to consult a lawyer immediately after receiving any controversial notices from the landlord may be beneficial to the disgruntled residents of Sharjah. 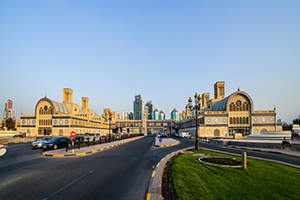 To know more on Sharjah Rent Laws, contact one of our lawyers in Sharjah today!