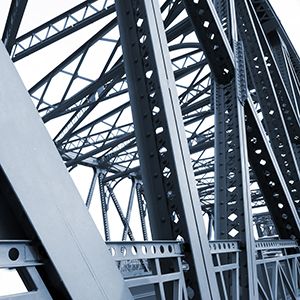 The sight of a rainbow in the middle of a desert is a rather recherché glimpse. United Arab Emirates however, is not a conventional desert panorama come true.
Take for example the construction industry in the region. There is an interesting mix of cultures and backgrounds within the construction sector, for which UAE is often referred to as the boiling pot of nationalities. The variety of joint ventures and presence of conglomerates with diverse international backgrounds stands as a testament to above. Majority of players in this industry are world renowned and it therefore infers that the prevalence of the FIDIC ‘Rainbow Suite’ is not something new to this region.
Much ink has been spilled on the use of FIDIC contracts in UAE. Legal experts have dismayed the fact that UAE industry’s reliance on FIDIC 1987 version of the Red Book has as a matter of fact has become a loyalty factor. The use of latest edition of the Red Book is less commonly seen. What has also been debated is the paradoxical use of an internationally standardized template in a civil law jurisdiction.  All that said, as experts in the field STA attorneys continue to witness the execution of multi million contracts in the region which are commonly inspired from the FIDIC Red and Yellow Books, and the disputes culminating from them. In this article, we will examine the extension of time (EOT) clause, compensation for it and its acceptability before UAE arbitral bodies.
FIDIC is the French acronym for International Federation of Consulting Engineer.  It is the mostly commonly used form of contract in the construction industry. Established in 1913 and since then amending and adding to the templates of construction contracts, FIDIC now constitutes a ‘rainbow suite’, of which includes the following (i) the Red Book (ii) the Yellow Book (iii) the Orange Book (iv) the Green book (v) the Silver Book (vi) the Blue Book (vii) White Book (viii) Gold Book. The most commonly used FIDIC templates in UAE are the Red and Yellow Books. Pursuant to Law Number 21 of 2006, the Emirate of Abu Dhabi mandated the use of ‘build only contract’ and ‘design contract’ templates in construction field for the projects initiated by the government entities.
Dispute Resolution Under FIDIC
With the customary usage of 1987 and 1999 versions of FIDIC contracts, one question that arises is the interpretation of these contracts when a dispute arises in relation to a claim for the extension of time. In line with the dispute resolution clause of fifth edition of the Red book, when a dispute arises the parties must notify the other of such dispute and refer the same to the Dispute Adjudication Board (DAB). DAB must make a decision with the specified time limit of 84 days. In the event any of the parties is not satisfied with the decision, it must send a notice of dissatisfaction within 28 days following which the dispute can be referred to International Arbitration after 56 days have elapsed and no resolution is achieved. In practice, within UAE, the Common Law qualified attorneys have advocated strict adherence to these timelines while the courts have been lenient about the time limits. The courts place reliance on facts of each dispute and the intention of the parties.
Before a matter can be referred to a court, it must be subject to the jurisdiction of ADCCAC or the DIAC if the dispute resolution mechanism is vested with the arbitration- as is the case with most standard forms of construction contracts. The governing law clause is subject to the prevailing regulations of the United Arab Emirates. Therefore, the interpretation of the contractual relationship is largely inspired by the UAE Civil Code. While the parties are free to choose an arbitrator of their choice, any decision which is in contravention of the UAE Civil Code can be challenged and no longer remains binding.
The condition precedent for a compensation claim
Construction projects are subject to risk of prolongation on account of different reasons- a force majeure event, late mobilization of plant, amendment to scope of work, so on and so forth. Clause 20.1. of the Yellow Book sets out a ‘condition precedent’ for a claim of EOT. The clause states that:
“If the Contractor considers himself to be entitled to any extension of the Time for completion and/or additional payment, the contractor shall give notice to the Engineer, describing the event or circumstances giving rise to the claim. The Notice shall be given as soon as practicable, and not later than 28 days after the Contractor became aware, or should have become aware, or should have become aware, of the event or circumstance.
f the Contractor fails to give notice of a claim within such period the Time of Completion shall not be extended, the Contractor shall not be entitled to additional payment, and the Employer shall be discharged from all liability in connection with the claim. “
The above clause read in conjunction with another clause 8.4 sets out a clear mandate that the contractor must set out his concern when an event of delay has been triggered. 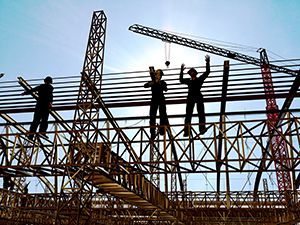 The cause and effect link
When assessing the compensation for extension of time or project prolongation costs, the burden of proof lies on the claimant to prove that a ‘delay event’ occurred and that it suffered a loss due to the same. However, FIDIC templates do not provide for calculation of compensation in the event an extension of time is invoked. This leads to several interpretations of the FIDIC templates. Internationally, the Delay and Disruption Protocol published by the Society of Construction Law (SCL) has been accepted in assessing the EOT claim. Several guideline notes form part of the protocol. The protocol covers important concepts relating to ‘global claims’, ‘float’, ‘concurrent delays’, role of the contractors administrator and disruption.
The SCL protocol identifies the need for recording a project’s report through a specialist. It lays emphasis on the actual expenses and actual overhead during a disruption or prolongation period.
When a party brings a claim for EOT and aims to claim compensation towards the same, it must realize the significance of identifying the ‘delay event’. Most contractors rely on the fact that the project was delayed and bring in claims for compensation. Primarily, delay claims fail due to the lack of supportive documents to establish that the delay was not concurrent. In other cases, parties are able to access the losses incurred by them including overhead expenses but fail to establish that such loss was due to a delay event on party of the other party. This vacuum between the loss incurred and reason by virtue of which the loss accumulated is seldom identified by parties in the dispute.
Key Point
Generally speaking, the reason behind a rather naïve understanding of above concerns is that most contracting parties assume a contract template to be enough for protecting their interests. Contrary to the aforesaid, it is the continued legal support for a project and inclusion of local laws that forms a deciding factor in assessment of prolongation compensation.
Claims subject to the jurisdiction of ADCCAC and DIAC are governed by the UAE legislation. In this regard UAE Civil Code has a dedicated chapter ‘Muqawala’ which addresses the relationship between the parties.  The arbitral bodies in such cases are required to rely heavily on UAE Civil Code provisions rather than internally set guidelines.
STA has a specialized Construction and Real Estate practice that works closely with the Arbitration practice. The above article is a general overview - if you have any specific queries you may contact us on the details overleaf.