It  therefore follows that ﬁnancial crime is rife, yet the methods in place to control and reduce it are eﬀective. 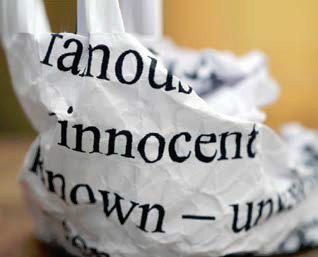 The evolution of banking means that there are now more ways than ever conduct ﬁnancial activity, with online systems, payment technologies and bitcoins all assisting us in our transactions. But along with new methods come new oﬀences, with money laundering, tax evasion, online fraud and the funding of terrorism featuring regularly on court lists across the continents. And given that global communication and transport have had the eﬀect that the world is now a relatively small place, it is of no great surprise that these crimes have taken on an international dimension.

So what systems are in place to police transnational ﬁnancial crime and bring any perpetrators to justice? In this second installment of our international criminal law series we shall discuss the ways in which the UAE cooperates with nations requesting assistance in conducting ﬁnancial investigations.

1–  Is Dubai party to any international agreements regarding the exchange of information in cases of tax and criminal investigation?

As we are all aware, one of the major beneﬁts of living in the UAE is that our UAE-generated income is not taxed. However it is not unusual for expats to have an additional source of income in their home countries, which may well be subject to tax in accordance to the local law. And elsewhere in the world, an expat may ﬁnd that not only must they pay tax on their income at home, but they may also have to declare this income in their country of residence,

where it could again be subject to taxes or charges. This has the eﬀect that the same income is taxed twice – once in the home jurisdiction and once in the country of residence. In order to avoid this, many nations enter into double tax avoidance agreements (DTAAs). DTAAs aim at taxing revenue earned from sale of shares, dividends, royalty payments and fees in the state where income is earned, subject to terms mutually agreed between two member countries.


Taxation law is jurisdictionally-speciﬁc – that is to say, it is not international. The taxation law of a country is applicable to citizens and residents of that country alone, and cannot be extended to other jurisdictions.Yet a similar feature in the majority of national tax law is the way in which avoidance is criminalized, with persons convicted of tax evasion often liable to ﬁnes and/or imprisonment.

It is worth noting that DTAAs are not considered as tax avoidance – the obvious reason being because they are not a method through which an individual or corporation may avoid tax, but merely a sanctuary under which the entity may seek relief from making two payments in relation to the same asset. DTAA participation therefore does not incur any criminal liability, and the main objective is to foster economic growth between the parties who have signed the same.


UAE Federal Law Number 39 of 2006, which relates to International Judicial Cooperation on Criminal Matters (Law 39), provides for the extradition of criminal suspects in cases where the individual in question is subject to criminal investigation overseas. As we discussed in Part I of this series, the UAE has signed extradition treaties with several countries, and these  treaties impose additional requirements on respective member states. It is possible for foreign countries (including countries that have not signed a criminal treaty) to request extradition of a person residing in the UAE for interrogation, prosecution or enforcement of criminal awards, although it is of note that the police, prosecution authorities and courts in the UAE have absolute discretion to refuse extradition on certain grounds. Additionally, in relation to awards or judgments from countries with which the UAE does not have a bilateral treaty, the provisions of the UAE Civil Procedure Code must be satisﬁed.

2– When and how is Dubai required to disclose such information?


As the UAE is party to several international conventions and bilateral treaties, acting in conformity with several DTAAs and Mutual Legal Assistance Treaties (MLAs) the UAE Government can cooperate with foreign authorities in the process of investigation and prosecution of criminal oﬀences. Although tax evasion is not speciﬁcally addressed in most MLAs, the treaties refer to assistance being provided “for the purpose of proceedings”. This implies that the exchange of conﬁdential bank information may be permissible under the provisions of an MLA, particularly where a criminal tax implication has arisen in the foreign country.


No bank account can be frozen unless by an order of the court or in accordance with the anti-money laundering law and the law pertaining to the ﬁnancing of terrorism, namely UAE Federal Law Number 1 of 2004. The UAE permanent mission at the United Nations sends a list of ‘suspected’ individuals to the National Committee for Combating Terrorism (NCFCT) which then send this list to the Central Bank. From the Central Bank, orders for the necessary information are served on the list of ‘suspected’ individuals.

3–What is meant by “bank secrecy” under the law of Dubai? In what cases is the bank obliged to disclose information? If there are such cases, what is the nature of the disclosure procedure: criminal or administrative? Is the right to receive such information limited to the police, prosecutors and the criminal courts, or are the tax authorities and municipality also entitled? Is any special order required for disclosure?

The term ‘bank secrecy’ per se is acknowledged generally under the prevailing laws of the UAE. For the purpose of this article, we limit the scope of our response to wider UAE and exclude the DIFC legislation, details whereof can be obtained from STA’s website (www.stalawfirm.com). All bankers, traders and other professionals who are in a position to collect and store data from the public are bound by the duty of conﬁdentiality – the breach of which is an oﬀence under Article 379 of UAE Penal Code (Federal Law number 3 of 1987, as amended). Article 379 reads as under:-

“Punishment by detention for a period of not less than one year and by a ﬁne of not less than twenty thousand Dirhams or by either of these two penalties, shall apply to any one who is entrusted with a secret by virtue of his profession, trade, position, or art and who discloses it in cases other than those lawfully permitted, or if he uses such a secret for his own private beneﬁt or for the beneﬁt of another person, unless the person concerned permits the disclosure or use of such a secret.
A penalty of imprisonment for a period not exceeding ﬁve years shall apply to a culprit who is a public oﬃcial or in charge of a public service, and has been entrusted with the secret during, because of or one the occasion of the performance of his duty or service.” 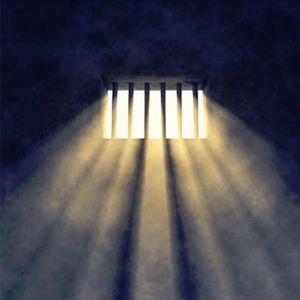 Further, Article 106 of the Union Law (Law number 10 of 1980 concerning the Central Bank, the Monetary System and Organization of Banking) also provides for the obligation to keep conﬁdential all banking data submitted to the Central Bank.
In a criminal matters (whether pertaining to an international or a domestic oﬀence), information must be disclosed to the investigating authority. While the banks can be required to make statements before prosecution, in practice material and formal disclosure can be ordered by the court.

4– Under what circumstances may my Dubai bank account be blocked/frozen? What authority is able to block it?

In international matters, the freezing of a UAE-based ﬁnancial account would largely depend whether a treaty was in place between UAE and the country making the request. In any event, the power to make any decision with regards to freezing a bank account is vested in the public prosecution and/or court authorities. In instances of suspected money laundering or the ﬁnancing of terrorism the Governor of Central Bank has the power to order the freezing of a bank account. Dubai Prosecution is vested with powers of investigation, and is able to bring an action against the accused and forward the matt er to court for trial in domestic cases.

Time scales are entirely dependenton the nature and level of the charge, and may be set by the prosecution or the court.


In cases pertaining to money laundering and in accordance with Law No. 1 of 2004, the Governor of Central Bank can issue a notice for the freezing of a bank account for a period of seven (7) days. For the purpose of investigation, the Governor and/or the Attorney General may extend this period for as long as it may take to complete the investigatory process.

6–If my account has been frozen, may I appeal? To which court?

In criminal matters the hierarchy (lower to highest) is as follows: (a)  Police; (b) Prosecution; (c) Court of First Instance; (d) Court of Appeal; (e) Court of Cassation. If account is frozen then an appeal is heard by the higher court.

7– Is the tax evasion a crime in Dubai? What are the tax laws of UAE?

The UAE is, in general, a tax-free country. There are a few exceptions which apply to the oil and gas companies, branches of foreign banks. In the Emirate of Abu Dhabi, taxation principles are governed pursuant to Abu Dhabi Income Tax Decree of 1965 (and amendments thereto). Taxation in Dubai is covered under the statute being ‘The Dubai Income Ordinance of 1969’ (and amendments thereto) whereas Sharjah’s tax system is controlled in line with the provisions contained in ‘The Sharjah Income Tax Decree of 1968’.

What do fairy-tales, horror movies and sermons have in common? They all acknowledge the presence of evil in the world as well as the human beings’ disturbing capacity for destructive…