INTERNATIONAL AGREEMENTS GOVERNING THE ENFORCEMENT OF FOREIGN JUDGMENTS IN THE UAE

To continue from our previous article, the second party deals with the various agreements in place between the United Arab Emirates and various countries and how they are enforced. We have looked at multilateral and bilateral agreements separately for ease of reference.
Multilateral Agreements
1) Agreement on the Enforcement of Sanctions between the UAE and other Arab league countries (1952) such as, Kingdom of Jordan, Iraq, Lebanon, Yemen, Syria, KSA, and Egypt (the ‘Agreement’).
Federal Decree No 93 of 1972, summarizes the most important provisions on final judgments for civil or commercial cases; provision of compensation  for criminal courts or relates to civil status issued by a judicial authority in one of the Arab League countries, shall be enforceable in all member states in accordance with the provisions of such Agreement.
A competent UAE court where the foreign judgment is required to be enforced shall reject the enforcement of the foreign judgment in the following cases:
a. if the foreign court, which rendered the judgment was lacking absolute competence or due to the international rules of jurisdiction, it was not competent to consider the matter.
b. if the parties to the proceedings were not duly informed.
c. if the foreign judgment was contrary to the public order or public morality in the state, where the judgment is required to be applied; or it was contrary to  international public laws.
d. if the foreign judgment was rendered between the same parties to the proceedings, on the same civil or criminal matter from one of the competent courts in the state; or if such courts have another lawsuit being considered for the    same adversaries concerning the same subject which were filed before submitting the lawsuit to the court that issued the judgment required to be enforced.
With regard to foreign arbitration decisions, the Agreement states that the competent authority who shall enforce the foreign arbitration decision, issued in one of the Arab League States, shall not have the power to re-examine the subject of the lawsuit, for which the judgment of arbitrators was issued, but can reject the request for enforcing such a judgment in the following cases:
i. if the law of the state requiring the enforcement of the arbitration decision does not permit the subject of the lawsuit to be settled by arbitration.
ii. if the judgment of arbitrators was not rendered in accordance to the arbitration rules and regulations of that state.
iii. if the arbitrator was not competent under the arbitration rules, or pursuant to the law upon which the judgment of the arbitrator was rendered.
iv. if the parties to the proceedings were not duly informed for attendance to the relevant tribunal.
v. if the judgment rendered by the arbitrator violates moral codes or public laws of the state, requesting enforcement of the arbitration decision. The UAE competent authority has to determine the existence of such violation and shall not enforce the part which is contrary to public orders or public morals.
vi. if the arbitration decision was not final in the state where the judgment was rendered.
The Agreement will not apply on any foreign judgments rendered against the government of that state who requested to enforce the judgment; as well as on the foreign judgments that are incompatible with international treaties and Agreements that are in full force in the foreign country requested to enforce such a judgment.
Article 5 of this Agreement deals with the enforcement procedure. It stipulates a list of documents that shall be attached to the request of enforcement:
• An original copy of the judgment, written in an executive format, approved by the competent authority of the foreign state.
• An original copy of the judgment or official certificate indicating that the judgment was duly rendered.
• A Certificate issued by a competent authority, indicating that the judgment is irrevocable and enforceable.
• A Certificate indicating that the litigants were duly summoned to appear before the competent court or jury. 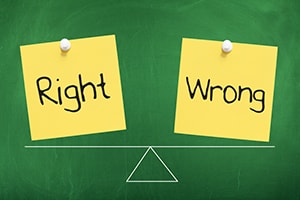 2) The 1995 Protocol on the Enforcement of Judgments, Letters Rogatory, and Judicial Notices issued by the Courts of the Member States of the Arab Gulf Co-operation Council (‘GCC Protocol’) has provided similar conditions as per the above Agreement.
The GCC Protocol states that foreign judgments shall not be wholly or partially enforced in the following cases:
a) If the foreign judgment to be enforced conflicts with the provisions of the Islamic Sharia, constitution or regulations applicable in the UAE.
b) If the judgment was issued in the absence of the defendant to the proceeding and he/she was not duly notified of the lawsuit or judgment.
c) If a dispute has risen for which the judgment has been issued is the subject matter of previous judgment issued in dispute between the same litigants with the same right in terms of place and reason having the powers of judged matters with the court where the judgment is to be enforced or any other member country in this agreement.
d) If the dispute for which the foreign judgment has been rendered is the subject matter of the proceeding considered already before any court of the country where the judgment is to be enforced. Having the same right in terms of place and reason and such lawsuit was filed before offering the dispute to the court of the country where the judgment has been issued.
e) If the enforcement of the foreign judgment conflicts with the International treaties and Agreements applicable in the country, where it is to be enforced.
Bilateral Agreements
It is imperative to note that the provisions of any Bilateral Agreements will not enforce foreign judgments that conflict with the provisions of Islamic Sharia or the general system of laws in the UAE.
II.  Courts’ decisions regarding the execution of foreign judgments
The Dubai Court of Cassation has concluded to separate between executing a foreign judgment rendered by a country involved in a bilateral or multilateral Agreement with the UAE; and a foreign judgment rendered by a country that is not involved in the same. This is to make sure that the conditions provided for in Article 235 of the Civil Procedures Law are met and that the law of the foreign country, where the judgment has been rendered, is considered by the Court of Merit.
Hence, where there is a cooperation agreement in place between the UAE and a foreign state, the provisions of Article 238 of the Civil Procedures Law shall stipulate as per the resolution of such court that the provisions of treaties concluded by and between the UAE and the other foreign states or International treaties approved by the UAE shall be applied regarding the enforcement of foreign judgments, even if the conditions contained in chapter four of the Federal Code of Civil Procedure No. 11, as discussed above.
In addition, the Abu Dhabi Court of Cassation has issued several principles regarding the enforcement of foreign judgments. Among the principles is the principle that the subject matter of foreign judgments issued in foreign states shall not be considered according to the Civil Procedures Law, instead they should be considered in form and the parties to the proceedings should duly appear before the relevant Court.
In addition, the Abu Dhabi Court has confirmed in its decision that a foreign judgment shall not be enforced if such a judgment conflicts with the previous UAE Court judgments or Islamic Sharia or general laws of the UAE.
For example, a plaintiff has filed a lawsuit before the Abu Dhabi Court of First Instance in relation to her divorce, requesting the Court to enforce the judgment rendered by the London Court, which provided for a monthly support payment of GBP 1, 712 (equivalent to about AED10, 500) to her from the date of rendering the said judgment, until she gets married or the issuance of another judgment by the same Court. 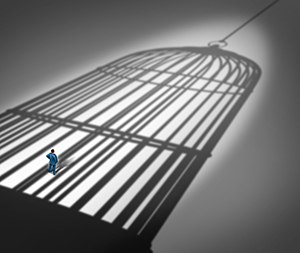 The Court of First Instance has rejected the case and supported the appealed judgment which led the plaintiff to challenge the rendered judgment by the London Court before the Court of Cassation (which rejected the submitted case as the appellant was divorced from the defendant by virtue of a previous judgment issued by the Abu Dhabi Sharia Court of Appeal, and which led to the divorcing of the plaintiff from the defendant for damages, taken into consideration that it was not proven that the defendant has returned to the plaintiff which means that the judgment for the divorce was still valid.) Although the plaintiff has obtained a foreign judgment after her divorce, enforcing that foreign judgment (support for life) was incompatible with the provisions of Islamic Sharia and the UAE law on divorce (that binds the husband to spend on his woman during the period of  her waiting period (Iddah)). Thus, the Court of Appeal refused to enforce the London judgment   so that it complies with both the Sharia and the UAE applicable laws.
Based on the above, it becomes clear that the enforcement of foreign judgments inside the country does not prejudice the principle of state sovereignty. A foreign judgment shall be enforced only when it has been duly rendered as per the applicable procedures provided and duly notifying the parties to the proceedings. In addition, such a judgment shall not be in conflict with the Islamic Sharia or general system of the UAE laws; and shall be irrevocable. Recognizing and enforcing foreign judgments in this way by the UAE courts  shows a sign of respect to litigation procedures in general, the doctrine of judicial supremacy and thus establishing justice internationally and achieveing international judicial cooperation.