Reforms in Police Cases against UAE Nationals and Foreigners

If  you think about it, “bounced” is a strange choice of word to apply to a failed cheque. “Bounce” implies lively, rejuvenated, excitable, energetic – a collection of adjectives which certainly wouldn’t ﬁt your mood in the instance of a bounced cheque, whether you are the issuer or the recipient. Having a cheque bounce is undoubtedly frustrating and concerning in any jurisdiction – but perhaps more so in the UAE, where issuing a cheque which bounces on account of insuﬃcient funds is an oﬀence under the applicable law. I Issuing a cheque which subsequently bounces is criminalized under Article 401 of the Federal Law Number 3 of 1987 (the Penal Code), reads as under:

“Detention or a ﬁne shall be imposed upon anyone who, in bad faith, gives a draft (cheque) without a suﬃcient and drawable balance or who, after giving a cheque, withdraws all or part of the balance, making the balance insuﬃcient for settlement of the cheque, or if he orders a drawee not to cash a cheque or makes or signs the cheque in a manner that prevents it from being cashed. The same penalty shall apply to any one who endorses a cheque in favor of another or gives him a bearer draft, knowing that there is no suﬃcient balance to honor the cheque or that it is not drawable”.

Accepted, that’s a lot of information to absorb from one clause, and questions will inevitably be raised with regards to the issuer’s knowledge of balance and so on. But for the purpose of this discussion only a couple of key points are relevant: 1. If a cheque bounces, the issuer is liable to criminal prosecution, and 2. The issuer of a bounced cheque is liable for a ﬁne or a term of  According to the recent directives and circulars issued by the state presidency, public prosecution and police, the provisions stipulated in Article 401 of the Penal Codehave been amended in practice in cases whereby the perpetrator is a UAE national citizen. Henceforth, in cases where it has been proved that the cheque was issued as a guarantee to pay oﬀ a ﬁnancial obligation in favor of the ﬁnancial facility at which the debt was incurred (for example, a bank), there shall be no prejudice or inﬂuence on the cheque’s authenticity in proving the debt. It shall be considered as a commercial paper which proves the liability and accordingly gives all rights to the UAE National to claim in a civil litigation procedure.

Let’s break this down. We often think of cheques as simply being payment instruments, so what is meant by the term “guarantee cheque”? Those of us in the UAE may ﬁnd it useful to consider our rental cheques, which are issued to the landlord at the start of the tenancy, but are post-dated in keeping with the required installment dates. Or security deposit cheques, on which we write a cheque amount, but do not date (as the cheque will not be cashed unless damage is caused). Guarantee cheques should therefore be considered as cheques issued in guarantee of a payment due at a later date, rather than a cheque issued in payment of an immediate ﬁnancial obligation. Therefore the circulars have the eﬀect that when a guarantee cheque has been issued by a UAE national, the sole fact that the cheque was issued cannot be used as evidence that the issuer was ever liable for the cheque amount. However  circulars have allowed the judicial authorities of the courts, public prosecution and police to search for the purpose behind the issuing of a cheque in order to ascertain whether or not it was a guarantee from the UAE national towards settling his ﬁnancial obligations. 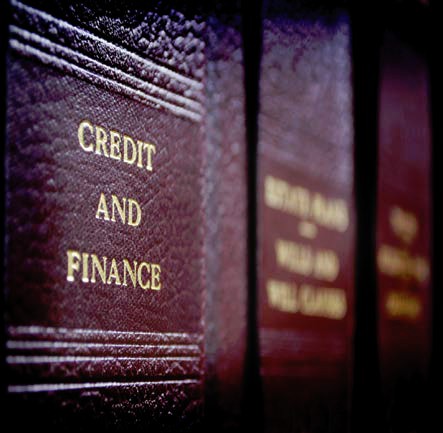 In cases whereby it is proven that the cheque has been issued as a guarantee instrument, anycriminal complaint ﬁled by the bank(as opposed to the recipient of the cheque) shall be stayed until such a time that it is established whether or not there has already been a parallel case ﬁled or presented to the court against the UAE nationalby the recipient of the bounced cheque. In this instance the case may be terminated. Additionally, if it is proven that the cheque was issued as a guarantee only, the public prosecution may release any UAE national who is detained or under investigation for such an oﬀence, regardless of whether the oﬀence occurred prior to the issuance of the said directives and circulars.

Practically speaking, the police should question the complainant bank with regards to the reason behind the issuing of the cheque by the UAE national, with a view to establishing whether the national has issued the cheque as a guarantee instrument. Pursuant to the aforementioned circulars, the police should additionally take a copy of the cheque in question and return the original to the complainant bank after marking it with an oﬃcial stamp, register the complaint under a crime number and present the ﬁle to the public prosecution. It is worth mentioning that the police procedure of registering the complaint under a crime number is a preamble to retaining the complaint at the public prosecution level, in case the cheque is a guarantee instrument issued by a UAE national.

So what   consequences will the new practices have for expatriates? At present there is no stable principle, but nothing suggests that the normal practice (namely that the criminal complaint shall be referred from the police to the public prosecution in order to investigate the facts, and thereafter the matter is referred to the criminal court) shall diﬀer. In such situations precedent would suggest that the court is generally lenient with regards to sentences of imprisonment against foreigners, despite such a sanction being available under the Penal Code, and instead will order them to pay ﬁnes without needing to serve any period of incarceration.

We have  established that, in cases whereby cheques have been issued as a guarantee instrument by a UAE national, a certain degree of protection from criminal prosecution under the Penal Code shall henceforth be aﬀorded. Although this is not the case where the issuer of the cheque is a foreign national, it is often the case that the criminal courts will not apply the full force of the law. We must also take into consideration the fact that the criminal courts have limited power with regards to ordering that the ﬁnancial obligation demonstrated by the cheque is fulﬁlled – although they may issue judgment in favor of the recipient and order that the issuer pays a ﬁne or serves a period of imprisonment, they cannot order that the issuer makes payment via an alternative means to the recipient. The debt created by the bounced cheque may only be enforced via the civil courts. It therefore may initially appear that the practical approach taken in cases of bounced cheques is to the detriment of the intended beneﬁciary and/or the bank. However, regardless of the circumstances or the protagonists involved, thebank shall have the option of pursuing a civil case against the defaulting party. A ruling in favor of thebank in the civil courts will prove to be of greater beneﬁt than in the criminal courts, because whereas the criminal courts may ﬁne or imprison the defaulting party, the civil courts may order that the actual debt amount is repaid. Additionally, any judgment issued by the civil courts may attach without limitation the debtor’s ﬁnancial accounts, cash funds, gratuity from their work place, stocks in the UAE stock market and/or vehicles, not to mention assets such as real estate.

If the   litigating party is not aware of the full extent of a debtor’s assets, then an application can be presented to the judge to investigate. In the interim a provisional attachment application may be made with regards to the existing assists whilst the investigation takes place.

It seems   reasonable to conclude, then, that despite the fact that national citizens are now provided with certain sanctuaries with regards to bounced cheques and precedent suggests that foreign citizens may not be punished to the full extent permitted by law, the remedies claimable under civil law (including the full debt amount, plus interest, damages and compensation) remain vast. And given that this list of potential claim elements is without limitation, any respondent partaking in civil proceedings further to a cheque bouncing may well feel even less lively, energetic, excitable etc. than if he found himself subject to criminal prosecution.

Need for Speed: Summary Proceedings under UAE Law The judicial system of a country is the pivotal recourse that is available to the public in order to resolve their disputes…

Spotting the Fake: Forgery Under UAE Law  Part 2 of 2 In the previous issue we discussed material aspects relating to forgery under UAE Criminal Laws and other statutes. We…