In the previous issue we discussed material aspects relating to forgery under UAE Criminal Laws and other statutes. We discussed broadly – the definition of forgery, types of forgery (material and moral), legal implications of denial in light of law of evidence and finally we referred to some relevant court decisions on the matter. Mr. Ghany continues with part 2 of this two paper series and discusses other broader aspects relating to challenging a claim based on forgery, procedures for challenge, and relevant court precedents on the matter.

Everyone should have enjoyed the thrill in forging their parent’s signature on a sick-leave note for school or in watching the tales of the celebrated forger, Frank Abagnale, in the 2002 thriller ‘Catch Me If You Can’. However, what if someone forges your signature on a cheque amounting to millions? Or in a document relating to the fraudulent sale of your apartment? Yes, doomed is the right word! It is, therefore, significant to envisage about the procedures that have to be followed in a predicament of forgery. Federal Law No. 10 of 1992 regarding the Evidence in Civil and Commercial Transactions (the Law) deals with the provisions that govern the hornet’s nest of forgery in the Arab nation. 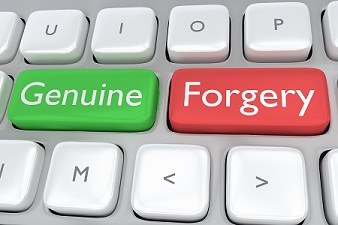 The provisions of the Law and the pronouncements of the courts in the country has manifested that a defendant cannot dispute the authenticity of an official document by his mere denial. Rather, the defendant is required to challenge the document on the grounds of forgery which was attributed to him by his handwriting or signature, stamp or finger-print. Similarly, a party will have to challenge the document on the grounds of forgery if he has admitted the validity of the stamp but has denied the impressions or the particulars contained the same document. This can be elucidated with the help of the following illustration: Suppose, the director D of company A has disputed the authenticity of the particulars of a document after accepting that the stamp on the letterhead of a document belongs to company A. In this instance, D would be required to challenge the document rather than simply denying its authenticity.

The Law has provided that a party who challenges the authenticity of a document is placed with the burden to prove the subject matter of his challenge and supplement the same with a memorandum. The judgments of the court have also aided in providing an undisputed interpretation of articles 23 of the Law regarding the subject matter of a party’s challenge of a document. However, the court does not have the obligation to verify the document if the party claiming the forgery has not provided any substantial evidence or if he has not requested for an investigation of the same. Further, the authenticity of a document can be challenged on the grounds of forgery at any stage of an ongoing litigation. Provisions from articles 28 to 32 of the Law has provided for the procedures to be followed in an event of forgery. The Law provides that a memorandum, challenging an allegedly forged document, should be submitted to the court with following particulars:

·        the process of investigation which should be followed in order to prove the forgery.

However, it is not necessary for a party to defer until a forged document has been brought against him as the nation believes in the policy ‘prevention is better than cure’. Hence, article 33 of the Law entitles a party in an informal document to institute a suit in order to pursue the other party to admit that the underlying document has been imprinted in the handwriting, signature, seal or fingerprint of the latter party. Further, the document would be considered to have been imprinted by the defendant if he does not deny it. However, an investigation would be initiated if the defendant has denied his role in the execution of the document in question. The 2010 judgment[1] of the Dubai Court of Cassation had relied on this provision and provided that any party who apprehends the future use of a document has the right to challenge the same on the grounds of forgery.

In cases where Mr. A submits a document (say, a receipt) before the court against Mr. B and upon review of the receipt, Mr. B invokes a claim for forgery, in such cases – Mr. A can request the court to suspend and cancel the proceedings on the premise that he will not rely on the said receipt. The courts in such instance demand custody of the receipt (and; other documents if any) if Mr. B requests the courts to do so to maintain B’s interest. That said, it is imperative to mention that the courts in their absolute discretion may reject Mr. A’s request if in the opinion of the court – the receipt is in fact forged.

Furthermore, a party who apprehends to be confronted with a forged document is also entitled to institute a suit against the holder of that document under article 34 of the Law. The Dubai Court of Cassation has taken the view that the scope of article 34 is to be provided for those who fear or apprehend the use of a forged document. Furthermore, the court has stated that the authenticity of a document cannot be challenged if it has been used or relied upon by the parties. Therefore, it is imperative to percept that a suit for forgery must be instituted immediately after the forgery has been apprehended by the party. A separate suit, however, need not be filed by a party if the forger of a document has relied on the same for instituting an existing suit. 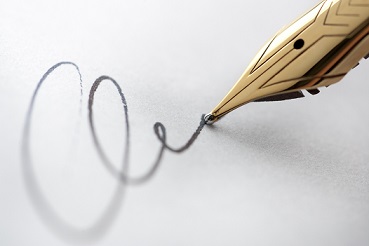 Further, in an infamous case that was disputed before the Dubai Court of Cassation, a person disputed his signature on a guarantee and consecutively, the court ordered in its remitting judgment that the document be passed to the criminal laboratory for a comparison to be made between the true signature of the person alleging the forgery and the signature appearing on the document, in order to establish whether he was in fact the guarantor of the debt the subject matter of the action.  Instead of sending the document to the criminal laboratory, the appeal court to which the case was remitted instructed an expert to express an opinion on whether the genuine handwriting and the handwriting in the document were the same, and to state whether writing had been subsequently placed on a document signed in blank.  The expert was not able to express a conclusive opinion as to whether the signatures were the same; however, he did express the view that the document was signed in blank and that the terms of the document were filled in later. Further, the court of appeal took the view that this invalidated the document.  However, this judgment was wrong at law, as there is nothing to prevent a document being signed in blank and then becoming a valid document when further particulars are filled in, provided that the person who has signed in blank has authorized this to be done, and there is no fraud involved.  Further, the Court of Cassation had specifically ordered that the document be sent to a criminal laboratory for a comparison between the true signature and the allegedly forged signature.  The court of appeal did not abide by that order, whereby the judgment of the court of appeal was deemed defective and was consequently set aside.

In another case, the Cassation Court of Dubai observed that the ratification of a document does not prevent a challenge for forgery as the same can be made against any documents whether formal or customary or issued outside the country[2]. The suit for forgery would be maintainable even if the document has been attested by the official authorities of the country in which the documents were issued.

The Law has conferred the court with the authority to order for an investigation if the same is not convinced with the facts and evidences regarding the veracity of a document; or if the court deems that the investigation requested by the party could produce a justifiable outcome. Such an investigation would be carried out by verifying the documents or obtaining testimonies of witnesses or both. Further, the investigation process would stand suspended if the party challenging the authenticity of the document relinquishes his claim. However, the court would subsequently seize the document if the challenging party has abandoned his claim at any stage of the investigation. The Law has also conferred the courts with the authority to reject a document on the grounds of forgery, even if the parties have not challenged the authenticity of the same. However, the court is required to explicitly state the circumstances and the evidence which proved the fraudulent fabrication of the document. Further, the courts can order for an investigation into the issue of forgery if the appointed forensic laboratory is not convinced with the scope of evidence that has been provided to it[3]. Therefore, it is evident that the Law has provided for effectual provisions regarding the protection against forgeries in the nation. However, one should invariably conduct due diligence about legally binding documents before authorizing or signing them. 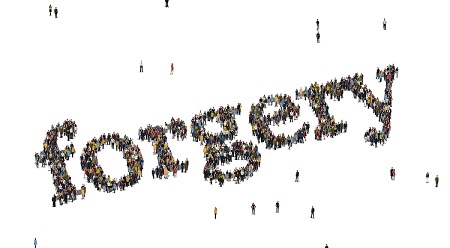 This concludes the two part series on forgery law. STA’s team of criminal lawyers in Dubai and other offices will continue to deliver bespoke legal information that will lay your curiosity to rest. Court Uncourt is now available on Apple iOS and Google Play. Thankfully, Apps cannot be forged at least as of now!

[3] Ruling of the Dubai Court of Cassation in Commercial Appeal No. 3 of 2010

Maritime trade has been carried out since ages and it remains to be backbone of world economy by hauling around 80 to 90% of world trade. UAE being the place…