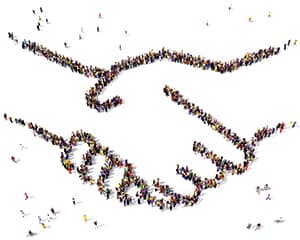 Employment in the United Arab Emirates is a frequently discussed area of law and there are several publications that have addressed various aspects of the same. In this article, we aim to discuss the legality of non-compete clauses within employment contracts. What is a non-compete clause? A non -compete clause can prevent an employee from working for a competitor upon termination of their employment. It is imperative to note that the UAE courts are fairly disinclined to enforcing a restrictive clause as they believe that it imposes an unfair set of conditions for a former employee. The courts take a case to case approach when examining the legality of the non compete clauses in employment contracts and thoroughly consider the facts of the matter before submitting their ruling on its applicability.
Under the ambit of a non compete clause, an employee agrees to abstain from working or engaging in any activity that is directly in competition with that of the employer. A non-compete clause will contain the time period that applies to the restriction, a geographical area and the specific scope of activities that the employer considers competitive. A non-compete clause can also prohibit an employee from:
i) working for competitors of his/her employer; ii) conducting any business activities with clients of his employer; iii) soliciting work from any of his employers’ clients; and iv) soliciting colleagues working for his employer.
A non-compete covenant of an employment contract comes in effect on the date of termination of the same, immediately after the notice period has been served. In case there is no specified notice period or the notice period has been waived off; the non-compete clause becomes effective on the day the employee ceases to be employed by his employer.
We must note that Article 127 of Federal Law No. 8 of 1980  expressly states that where an employee performs a certain job that allows him/her to become acquainted with confidential information, an employer has the right to include a provision in his/her employment contract which would prevent him from working with a competing business. At the same time, this law does not permit the employer to restrict an ex employee’s activities as he may deem fit. Articles 909 and 910 of the Civil Code lay out the grounds for the circumstances where the non-compete clause of a contract would be valid. For example: A is employed by X which is an IT company, as a Finance Manager and A has the information pertaining to all of X’s clients such as their orders and payment history. When A started the term of his employment, there was a non-compete clause that was instituted in his employment contract which restricted A to work in the same industry in Dubai for the following six months post his termination. A clause that defines the time (six months), geographical scope (Dubai) and restricts the industry (IT) is most likely to be upheld by the court of law. 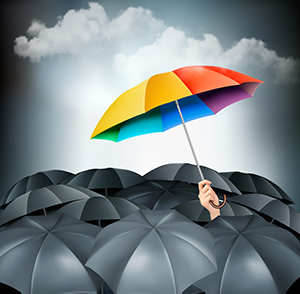 The court will deem a clause unenforceable if the clause is considered to be too restrictive such as not defining the industry and restricting the employee on the basis of his designation. To illustrate this, let us consider the example above. A signs an employment contract with X which states that post termination A cannot work as a Finance Manager in UAE for two years after his termination. This clause would likely be considered unenforceable as it places extensive time for the restriction, limits the employee from seeking a specific designation without specifying the industry.  Generally speaking, it is essential that a non-compete clause only restricts an employee’s movements within a legitimate scope
Along with satisfying the aforementioned criteria, the employer must also prove to the court that he has suffered actual financial loss as a result of this employee’s breach of contractual obligations covered within the non- compete clause.
We must also note that even if an employer considers that an employee has breached his contractual obligations, the remedies available to him are very limited. Unlike other jurisdictions, the concept of injunctive relief is not available outside of the DIFC courts. The remedy that is available to the employer is to institute a civil claim against the employee which will result in a financial compensation if the ruling is in his favour. At the same time, there is no remedy that will prevent his employee from seeking competitive employment or restrict him from continuing his employment.
A litigation to prove this contractual breach is time consuming and costly. It is also complicated if not impossible for an employer to quantify and prove financial losses to the court which further deters employers from seeking a remedy. It is recommended that an employer ensures that all employment contracts are meticulously drafted with the assistance of a lawyer who can ensure that the contract is in compliance with the law.