If I purchase an apartment in a communal building, what exactly do I own? Am I entitled to a section of the pool, a corner of the gym and rights over a particular elevator? Or do I only have rights over anything within the boundaries of my specific plot? Read further on Dubai Property Law in this article which discusses Dubai Strata Law 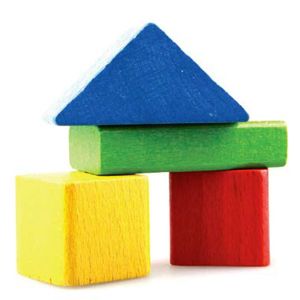 Dennis Palvich in his book ‘The Strata Titles Act, Condominium Law in British Columbia’ suggests that disposition of parts of residential buildings ﬁrst took place during the Bablonian, Egyptian, Greek and Venetian times.  In ‘History of Condominiums’, Rudd and Gardener emphasize that condominiums were introduced by Romans as early as the 6th century B.C. and the concept has been prevalent in South America for at least two centuries.  The concept of ‘ﬂat ownership’ or ‘apartment ownership’ has gained and continues to gain prominence. Many jurisdictions across the world refer to condominiums today as ‘strata title’ while some nations term it as ‘ﬂat ownership’ (for instance, United Kingdom and India).

The concept of strata law in simplest terms means subdivision of a developed building property or gated community into layers. Each such layer then gets subdivided into one or more units along with common areas forming part of such property. The law regulating division of property in to privately owned units as well as common areas was introduced in the Emirate of Dubai pursuant to law number 27 of 2007 concerning Ownership of Jointly Owned Property Laws (the Strata Law) to be eﬀective from 1 April 2008. Prior to the issuance of Strata Law, the Federal Law No.5 of 1985 (as amended) in respect of Civil Transactions for the United Arab Emirates (the UAE Civil Code) recognized and provided for some rights in relation to co-ownership of buildings and units but the provisions contained in the UAE Civil Code cannot eﬀectively address technical matters one faces in Dubai’s ever evolving property sector. Article 32 of the Strata Law conferred powers upon the Chairman of Dubai Land Department to issue further regulations and decisions required to enforce the provisions contained therein.

The law passed in 2007 laid out the basic scheme of subdivision and covered clauses dealing with formation and recognition of owners’ association. This law was however silent on several key issues such as i) method of sub-division of buildings or gated communities with multiple ownership; ii) compliance and procedural matters associated with operation of owners association; iii) type of documentation required for formation of association; iv) implication of the Strata Law on hotel apartments and serviced hotel units; v) provisions in regard to the powers, duties and licensing of association’s manager; vi) the tacit role of owners in managing their properties, to name a few. Accordingly, there was a clear need for further regulations to fully serve the operational requirements of the owners’ association. Consequently in April 2010, the Dubai Land Department issued directions on Strata Law providing more clarity for both property developers and owners in complying with the provisions of the Strata Law (the Directions). The Directions required developers to register their jointly owned property declaration within six months.

These directions are intended to serve as guidance notes and till date it is unclear as to whether these directions constitute regulations as intended under Article 32 of the Strata Law or will be part of regulations to be issued in the future.The Directions broadly encompass the following: i) Directions for jointly owned property declarations, ii) general regulations; and iii) directions for association constitution.These directions are closely related to content of the principal documents that outline all operational and management relating to a development, what are the licensing obligations of the surveyors, consumer protection, role and obligations of the Owners Association Board- it’s procedures such as meetings, appointments of Board Members and other administrative directions. 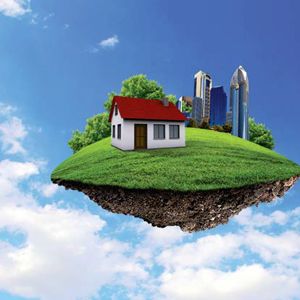 Although signiﬁcant steps and measures have been implemented by Dubai Land Department in regulating strata titles in Dubai, there are yet few hurdles that call for detailed and in-depth regulations that will help and resolve ambiguities surrounding implantation of Strata Law. These ambiguities have resulted in failure on part of several owners’ associations to function fully, freely and eﬀectively in interest of its members. High service charges and maintenance costs continue to be the prime concern of members whilst disputing the association’s control and autonomy.  Whilst the Strata Law was introduced in 2007, it is  pertinent to state that most of  these associations have been granted preliminary registration status which makes them bereft of legal powers to act fairly and independently.


Article 18 (1) of the Strata Law sets out that the owners’ association is a not for proﬁt legal entity, has a separate legal existence from its members, and has the right to sue in its capacity and to own movable assets. Article 10 of RERA circular number 1 of 2010 and dated 5 September 2010 (the Circular)with regards to Service Charge for Jointly Owned Property provides that Owners Association has the sole right and privilege to take action against Unit Owners in respect of unpaid service charges, and this right remains in force even if an owner attempts to transfer ownership of the unit to another person. 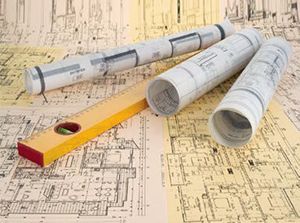 Although the legal status of such associations is clariﬁed under the Strata Law and the Circular confers rights in favor of owners’ association, such status and rights cannot be optimally exercised. For instance, homeowners’ association cannot set up bank accounts, enter in to contracts with third parties, bring an action against defaulting members, enter in to contracts for insurance, obtain court orders or appoint auditors and/or attorneys to carry out aﬀairs of association’s management given that homeowners’ associations have not yet been fully licensed   For better and eﬃcient coverage of property developers are required to maintain an emergency fund also known as the sinking fund. Investors have long complained of discrepancies in maintaining such fund. Developers are under the legal obligation to remedy material defects in the property prior to passing over the property to owners’ association. It is expected that Dubai Land Department and/or RERA will issue further regulations in this regard and provide for a detailed audit of each property (to ascertain latent defects in property) prior to same being handed over by developer to owners’ association.


The Directions provide that an entitlement for each owner’s lot determined as under:-

1–  Calculating the common areas of the building that can be attributable to owner’s unit based on area and the extent that the unit draws on the resources of the association: From a practical standpoint, mutual agreement as to creating borderlines for a mixed use development comprising of commercial, retail and residential units often raises concerns as to sharing of service fees and maintenance charges as clear delineations may not necessarily always result in clear cost sharing. To illustrate, if a mixed use development comprises eighty percent residential units and twenty percent retail units, the retail unit owners are likely to dispute inclusion of cost of service or services that are not in fact consumed or utilized by them.

2– On just and equitable basis wherein entitlement for each lot is derived by calculating total liabilities created by speciﬁc unit.
Whilst Dubai awaits further regulations in regards to strata law, property developers in Abu Dhabi have started implementing strata style governance structures in place. The Emirate is likely to introduce strata law to ensure transparent and fair arrangements for property owners and developers.
In matters involving small claims and disputes, the dust might settle and both developers and owners today realize their long term objectives, but it seems reasonable to conclude that there remains a need for clear and detailed strata regulations.