Prominent American Essayist Ralph Waldo Emerson once said that money often costs too much. Time and again, we have all heard that one needs money to make money; and if this money in itself is expensive, the business may well run into a volatile bankruptcy. But terminology can be deceptive. Regular and habitual use of any specific term can obscure the ability of the reader and limits the concept that the word represents. For example, numerous courts in different jurisdictions have faced this dilemma due to the dynamicity of the subject and the difficulty in ascertaining the underlying reasons and factors that lead to a company’s insolvency. Historically, bankruptcy has been a difficult subject with uncertain guarantees and unidentifiable elements. But the global corporate revolution posts the aftermath of the Economic Crisis of 2008 has made legislators warier of the issue and insisted on elevating the role of quasi-judicial committees in bankruptcy-related matters. The Kingdom of Saudi Arabia (the KSA) has taken one such effort in the recent times such as re-modeling its economic endeavors to achieve an investment-friendly atmosphere.

Every step undertaken by KSA government is as per the National Transformation Plan 2020 (the NTP) and Vision 2030 with a coherent way to establish an investment environment for facilitating operations of national and international businesses in KSA. Therefore, Ministry of Commerce and Investment (the MOCI) in KSA, in line with NTP 2020 and Vision 2030 has published numerous draft laws for public review including the Royal Decree Number M/05 dated 28/05/1439H on Bankruptcy (the new Bankruptcy Law). The new Bankruptcy Law is expected to substitute the following existing laws that serve the purpose but is finding difficult to meet the growing requirements of this decade: -

Detailed Insight of the Law

The new Bankruptcy Law contains 17 (seventeen) with 231 articles which cover three main topics including preventive settlement, financial restructuring, and procedures for liquidation. Importantly, the law mandates the establishment of a specialized and expert committee known as bankruptcy (the Committee). Under the new Bankruptcy Law, the Committee will oversee all the matters on bankruptcy including maintenance of a bankruptcy register, granting licenses to bankruptcy experts and trustees, promulgating regulations for licensed trustees and, inspecting bankruptcy procedures. It is pertinent to highlight that the Committee is an independent legal body which will directly report to MOCI.

Upon receiving the settlement request, the court authorities within forty (40) days will order a hearing date, and a notification will be sent to the company accordingly. After that, the company may also be asked to submit the report drafted by bankruptcy licensed trustee post obtaining the approval of a majority of creditors. However, the maximum suspension period will not exceed one hundred eighty (180) days. Subsequently, the court upon reviewing the relevant documents will certify the report and, the company has to finalize the settlement procedures.

As the name suggests, bankruptcy beneficiaries (as defined above) may submit an application to the court for restructuring its financial position of the company in question. Importantly, not only debtors but also creditors and any competent government authority has the authority to request for fiscal restructuring, subject to the notification given to the debtors within five days from the date of submitting the request. In such cases, the company may object to the report only if: -

Nevertheless, companies will be exempted to submit any further applications, once the request for financial restructuring is filed until the court rejects or accepts the same. After that, the court will appoint a licensed trustee and will notify the creditors to allow the restricting procedures following which, they will be obliged to submit claim requests within ninety (90) days from the date of notification.

The bankruptcy licensed trustee appointed by the court will be authorized to review all the agreements signed by the company, and accordingly, will have the power to terminate them if they failed to meet several requirements instead of safeguarding the interest of creditors.

The debtor, creditor or any governmental authority can submit an application to the court for liquidation if case the debtor is under actual financial distress under the provisions of the new Bankruptcy Law. In such cases, the creditors’ claims will be subject to strict conditions outlined as below:

Once the court is satisfied with the provisions above, a licensed trustee will be appointed to undertake the liquidation procedures, and all other operations of the company will come to a standstill.

The new Bankruptcy Law also lays down a new criterion known as debt ranking criteria under which expenses incurred for appointing the licensed trustee and cost of selling the assets of the company will be compared over any other debts of the company.  Whereas, the liability to pay off creditors will be under the Ranking Criteria of Debt which is ranked by priority as follows: 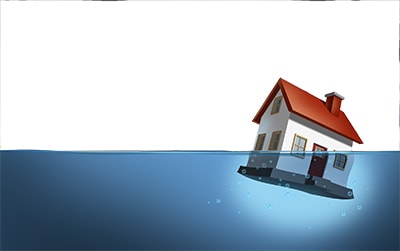 The new Bankruptcy Law also provides an unconventional (in the Middle East) penalty system which includes the prohibition in ownership of shares, handling the operation of any profitable business in the country and the like. Articles 200, 201 and 202 of the new Bankruptcy Law provides for several penalties for violators such as imprisonment not more than 5 (five) years and fined not more than SAR 5 million.

The new Bankruptcy Law has introduced numerous alternatives, and it is anticipated that the introduction of this law will increase regional and international investments in the country. This law would also empower the financially distressed investors with the freedom to restructure or evaluate their financial position. The government of KSA aims to support all small, medium and large companies for boosting their annual growth and minimize the possibility of liquidation.

NEW CINEMA LICENSING REGIME IN SAUDI ARABIA “Cinema is not a slice of life; it is a piece of cake.”        – Alfred Hitchcock Overview: In December 2017, the Saudi…