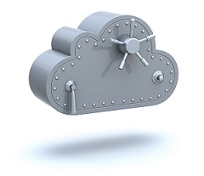 In these times life without Netflix or Google Drive is hard to imagine, right? Accessing your all-time favorite movies from wherever you are to whenever you need without the hassle of carrying a bunch of discs and tapes wherever you go. Be it your slumber parties or a coffee shop where your client is late for a meeting; direct access to your devices and the cloud has never been so easy. But do you ever wonder how? Its Video-sharing cloud services, like Netflix that stream data across the Internet to a player application on the viewing equipment rather than sending the purchaser a DVD or physical discs. Even the services (such as Gmail and AppStore) which you use every minute of the day is a fantastic example of how much cloud computing has contributed to the technology industry over the past few years. Data routing, transmission and sharing at its best.

Cloud computing is what allows a company to practice using a network of remote servers hosted on the internet to operates and process data, share materials, and storage space to store rather than to store on a local server or a personal computer. A cloud computing system keeps its crucial data on Internet servers rather than distributing copies of data files to a particular client’s devices; it is the delivery of on-demand computing materials over the internet.

Today everyone is talking about cloud computing as it has brought numerous advantages for the businesses, whether, large or small. The services provided by a cloud is easily accessible from anywhere on the globe and from any device, complete access to your resources, is no cost for infrastructure, having minimum management cost and the same time saving a lot of time and effort

Companies worldwide have adapted themselves by rapidly moving forward and have started operating their business from the cloud because of the temporary changes in the business sector brought about by the digital industry.

The most common actions today, like listening to the music, playing video games, using the social networks, storing photos and documents are, in most of the cases, done using the Cloud computing.

Transfer Pricing Challenges in The Cloud

Although service providers create cloud-computing systems to serve and benefit everyday business or research needs, it provides a time of unpredictability for international tax laws to follow this track of virtual cloud which makes it an obstacle to the companies and the tax administration.

The primary issue that arises out of this situation is the transfer pricing. Transfer pricing is the pricing for which, goods and services are sold and bought by related companies internationally within an enterprise. The price imposed by one group to a related entity for services provided.

Every business that transacts internationally (or; virtually) with related entities, the transfer pricing rules and the principles of arm's length and permanent establishment are of great significance in such transactions.

For income tax regulation, multinational corporations must keep in account the transfer pricing rules and allocate their global profits among the various countries in which they function. The ideal allocation would permit each state to tax an appropriate portion of the taxpayer's total gain while avoiding taxation of the same income by more than one state.

However, the governments worldwide are losing substantial tax revenue as companies allocate the profits to an establishment in a low-tax or a zero-tax jurisdiction.

A straightforward illustration of transfer pricing and artificially allocating profits is as follows:

·        USco's Canadian subsidiary, Subco, sells the bottle to Canadian customers for $1 (or 100 cents) per bottle and spends 10 cents per bottle in marketing and distribution costs.

In this instance, the US tax rate is higher than the Canadian tax rate. Therefore, the multinational is likely to allocate the lowest possible transfer price to the sale of bottles from USco to Subco.

Such a way of artificially shifting profits had become the most significant concern of many governments, giving rise to the ‘BEPS’ (base erosion and profit sharing) project.

The Organization for Economic Co-operation and Development is an intergovernmental economic organization with thirty-five (35) member countries to spur economic progress and global trade and commerce. And it was in 2013 that at the request of the G20, the OECD launched an action plan to implement the BEPS project.

The transfer pricing law applies an arms-length model to reduce to the smallest possible inter-company price manipulation, which requires the transactions between related taxpayers to be constant with the results that would have been if independent, unrelated entities had engaged in a similar operation under similar circumstances. It ensures that business transactions where the buyer and seller are different legal entities but from the same enterprise, act independently and with no interest in the other's benefit.

In 2015, the OECD issued guidance and discussed new chapters to reduce the risk of transfers of intangible assets. An intangible asset for transfer pricing purposes is defined as 'something which is not a (physical) or financial asset, that can be owned or controlled for use in commercial activities and includes compensation of the use or transfer, had it occurred in a transaction between independent parties in comparable circumstances.'

However, there are several problems today in transfer pricing rules about the business of cloud computing. The first critical issue regarding the tax treatment of Cloud computing services is the characterization of the income deriving from services since it is not always possible to characterize the functions of cloud computing as the transfer of intangible assets. By moving to the cloud business, there is no longer a transfer of a physical or an electronic copy of the transaction like in intangible assets.

Another issue is the mobility of the cloud business which gives rise to complex challenges connected to the identification of the place where the business activity is sufficient. Leading to a shift in the taxation of the services from one jurisdiction to another and potential issues for the concerned governments since it gives rise to a problem of no taxation or double taxation.

Accordingly, the OECD needs to address issues on old tax guidelines that no longer match the current practice of doing business across jurisdictions. Considering that there are many obstacles and disputes that the taxpayer and the tax administrators are encountering owing to the updated technologies, such as cloud computing.

There are no updated guidelines of the transfer pricing rule that can apply to the technology of cloud computing, exposing the tax administrator to a problem of, non-payment of tax and stripping of charge by the companies seeing that. Corporations can quickly move their cloud service provider to a low or zero tax jurisdiction or even allocate the profits to a firm located in a low-tax or zero tax jurisdiction.

And as for the taxpayers, having no specific guidelines exposes them to a problem of double taxation and rise of a dispute with tax administrators as to the confusion on how to apply the transfer pricing rules to the business of cloud computing which leads to a different range of conclusions.

The virtual and borderless nature of cloud computing, together with the unpredictability created by the traditional transfer pricing rules has given rise to significant and complex issues.

And considering the importance and rapid growth of the Cloud computing business today and shortly, a novel solution as to depart from these disputes is required soon.