Company Formation in Bahrain – the Options of a Foreign Investor

The geography alone paints the picture of a holiday-maker’s paradise. As an island located off the western shores of the Persian Gulf, the mere mention of Bahrain puts us in mind of white-sand beaches, calm azure seas, palm trees and pina coladas. Yet anyone arriving in the country in pursuit of such a vision is likely to be disappointed – for the past 20 years only 5% of the beaches adorning the 175km of coastline are publically accessible. So how else could a disheartened beach-enthusiast spend their time in Bahrain? Perhaps they could visit one of the many art and culture centers for which the area is famed? Or make a trip the Formula One racing track? Or possibly incorporate a company? 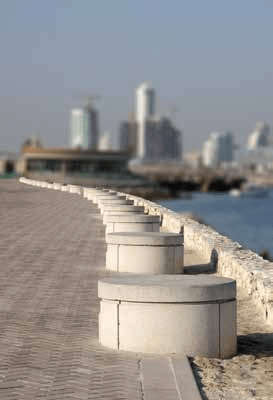 Accepted, corporate activity is maybe not the best substitute for sun bathing. Yet operating out of such an appealing setting, conveniently located between Asia and Europe, in a GCC country that prides itself on being a little more relaxed than its neighbours are all factors which are drawing investors to Bahrain on account of the commercial landscape as opposed to the physical. This article is therefore intended to provide a brief overview of the laws and procedures applicable to any foreign national wishing to incorporate an entity in Bahrain.

It is of note that the general premises of the law are similar throughout the GCC. Dubai has long since enticed investors from across the globe, and the universal interest in setting up corporate entities here has resulted in numerous publications, articles and guides to company formation. Why then, given the general similarities in law across the GCC, does company formation in Bahrain warrant specific attention? The justification is routed within one fundamental distinction between the commercial laws of Bahrain and the UAE in particular, namely in the provisions relating to the compulsory involvement of a local shareholder. Here, Bahraini law adopts a unique and industry-specific approach, which we shall examine in greater detail hereafter.

As in the majority of countries across the globe, the law of the Kingdom of Bahrain distinguishes between a number of forms that a company may take. Article 2(a) of the Legislative Decree 21 of 2001 (the Commercial Companies Law) provides that a commercial entity must take the form of a general partnership company, limited partnership company, association in participation, joint stock company, limited partnership by shares , limited liability company , single person company or holding company. Any entity failing to take one of these recognized forms shall be annulled, with the partners, shareholders and any other individual who has signed any paperwork pertaining to the same incurring joint and unlimited liability for the non-compliant company. Despite the number of models available our focus here is on foreign nationals considering incorporation. Certain forms (for example limited partnership companies) will require the cooperation of a Bahraini national – we shall therefore concentrate only on the company types available to entities registering under 100% foreign ownership.

Perhaps the most familiar of these models is the limited liability company (nationally known as a WLL – a company “with limited liability”), which is defined under Part VII of the Commercial Companies Law. In general such an entity is characterized in the same way as under the law of the UAE and in a multitude of other jurisdictions – namely that the liability of each shareholder is limited to the amount of the capital which he has invested. However here the aforementioned distinction comes into play – under the law of Bahrain 100% of a WLL may be owned by foreign nationals. The reasons for such commercial liberty can only be speculative, yet the fact that local citizens make up a greater percentage of both the national population and workforce than in many other GCC countries may be a contributory factor.

So pursuant to the law, Mr X and Mr Y (both foreign nationals) are able to incorporate a WLL company in Bahrain. What requirements must they meet? For starters they must ensure that they have a minimum share capital of BD 20,000 (Bahraini Dinars twenty thousand – the equivalent of USD 53042 and AED 194,854) as per Article 264 of the Commercial Companies Law. This capital may be divided into a number of equal shares of the duo’s choosing, providing that the value of each share is at least BD 50 (Bahraini Dinars fifty). They must also observe the requirements of Article 265 when drafting the Memorandum of Association (MOA) taking care not only to include the listed information (such as their names, titles and nationalities, the company headquarters, company objectives and conditions applicable to share assignment) but to also ensure that an Arabic language version of the document is notarized in accordance with Article 6. Failing to take this step will result in the invalidity of the company. Moreover, having selected a company name (ensuring that the same includes the prefix “with Limited Liability”), Messrs X and Y must remember to use the same in any contract, invoice, publication, paper or advertisement pertaining to the company. Should they neglect to do so each shall fall liable to the extent of his personal wealth, rather than the individual portion of share capital invested. 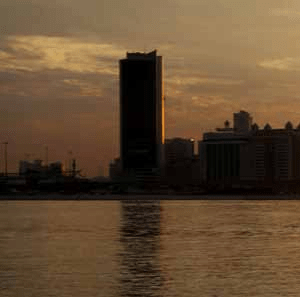 Once the constitutive documents have been prepared and the lease of a premises to serve as the company’s office has been secured Messrs X and Y may approach the Bahrain Investment Centre (BIC) to submit the documents required in order to obtain the approval of the Ministry of Commerce (MoC). Without the MoC’s consent the company cannot be incorporated. In addition to the draft MOA the pair should also present their completed company registration application form, relevant identification and the lease agreement relating to the company’s premises. Furthermore they shall require their respective CVs and proof of qualification.

The specifics of the latter requirement, namely the proof of qualification, will vary depending on the principle activity of the intended company. If Messrs X and Y intended to incorporate a company dealing in contracting they would require only proof that they had completed their secondary school education, yet the desire to provide business consultancy services would render proof of a master’s degree or 5 years of relevant experience necessary. However when considering the activities of the company the team have a much more important factor to take into consideration – under the Commercial Companies Law and directions of the Ministry of Industry and Commerce some commercial activities, such as any service relating to gambling, the manufacturing of alcoholic beverages, cigarettes and narcotics and the importation or industrial use of restricted chemicals, are completely prohibited. Others are reserved for Bahraini national citizens (for example the supply of foreign manpower, car and motorcycle rental, the supply of oil products and commercial agencies) and the provision of further services are restricted to Bahraini and/or GCC citizens (fishing, accounting and book keeping services and cargo clearing). Additionally, despite the country’s seemingly liberal approach to expats’ commercial activities, even greater limitations apply. A Bahraini partner is required for any entity operating in the field of travel and tourism, licenses for medical centres and clinics (save for hospitals) are awarded only to GCC nationals with medical degrees and residing in Bahrain, and the requirement of a 51% minimum local shareholding applies to any company operating in the trade or retail sector. Given that trade and retail is probably the most common principle activity of a foreign WLL the latter regulation alone imposes a huge restriction on foreign investors. Article 262 of the Commercial Companies Law narrows the window of opportunity further still by prohibiting a WLL from undertaking insurance, banking or fund investment related activities. 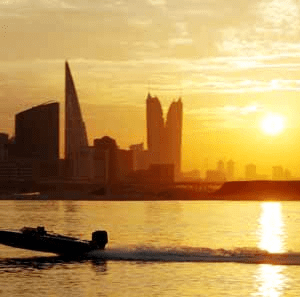 Let us imagine that Mssrs X and Y are performing an activity that did not fall foul of the above restrictions. They have successfully incorporated their WLL (the process of which, according to the MoC, would have taken approximately 2 weeks) and are respecting the provisions of Article 286 regarding the annual submission of audited financial statements. The business (named Z WLL) is operating at a profit and is not subject to any legal proceedings. However on account of commitments in his home country Mr X decides that he wishes to dispose of his interests in Z WLL and leave Bahrain. In keeping with Article 270 shares in the company may be transferred via procedures similar to those in the UAE – namely that Mr X must first notify Mr Y and any other shareholders as to the availability of his shares and, after a time lapse of 2 weeks, may transfer the shares to a third party should none of the existing shareholders choose to redeem them. In this instance Mr Y informs Mr X that he would like to purchase the shares. The transfer takes place in keeping with the Commercial Companies Law, and is registered in the Commercial Register and publicized in the Official Gazette as per Article 271.

This has the effect that Mr Y becomes the sole shareholder of Z WLL. As the number of shareholders has fallen below 2 the provisions of Article 261 shall apply, thus effecting the transformation of Z WLL into a single person company by force of law. As per Article 2(a) a single person company is a separate type of entity, and such a transformation will require Mr Y to examine the relevant provisions of the Commercial Companies Law to ensure Z WLL remains compliant. In order to maintain the existing company model Mr Y will have 30 days in which to transfer some of the shares to at least one other third party – the minimum number of shareholders (namely 2) will then have been achieved, and Z WLL will retain its status.

The transformation of Z WLL into a different category of entity and the responsibility of ensuring that the single person company complies with a different set of provisions may be cumbersome to Mr Y. However the capacity to amend the company’s structure in Bahrain affords benefits which are not available in the UAE, where the right to operate a sole establishment outside of a free zone is afforded only to local citizens. Despite the fact that he will have to exercise diligence in researching the relevant applicable law Mr Y may continue to operate the company without much inconvenience.

So were we justified in our earlier assumption that Bahrain has adopted a more relaxed approach to foreign investment and company incorporation? Although the prima facie provision that foreigners may own 100% of a company without the involvement of an obligatory local partner or sponsor makes the establishment and operation of a WLL somewhat easier than in the UAE, the less-obvious restrictions on various business activities go some way to cancelling out the benefits. But for any foreign investors (jointly or separately) wishing to own 100% of a WLL or single person company which will perform a permitted activity, the provisions in place in Bahrain are no doubt appealing.