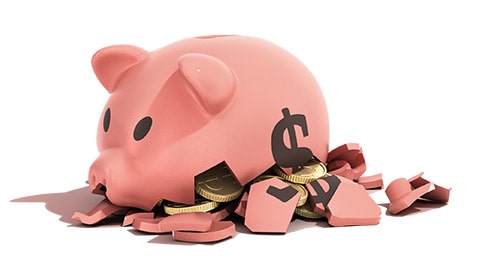 The foundation of any healthy economy is its banking sector. The basic function of a commercial bank involves lending and borrowing, while deposits into the bank are an asset; the advancement of loans involve a high degree of risk. The fact that repayment of the loan is not always guaranteed is a risk that banks are bound to take to carry on their business. Many times, large amounts of loans taken from banks remain unpaid, which subsequently results in loss to the financial institution.

The Narasimha Committee that was established for the purpose of financial system reforms defined NPAs as:

“A non-performing asset is a loan or advances for which the principal or interest payment remains overdue for a period of 90 days.”

The Reserve Bank of India has classified assets under four different heads for this purpose; a standard asset, sub-standard asset, doubtful asset and a loss asset.

A standard asset does not pose any real problem and carries a normal degree of risk as would be anticipated with any type of loan. On the other hand, a sub-standard, doubtful and loss asset is deemed to be non-performing if they remain unpaid for a period of 90 days to 12 months, more than 12 to 18 months and more than 36 months respectively.

Typically, banks consider a number of factors before declaring an asset as non-performing, if in case these reasons are not justifiable as per their standards, the loan is declared to be non-performing, and then banks can foreclose and recover the amount due through the collateral that has been provided for this purpose. For example, A takes out a mortgage from ABC Bank, the mortgage becomes non-performing after a lapse of 90 days, in order to recover the mortgage amount, the bank will send a foreclosure notice to A on his house that he had used as collateral for the purpose of the mortgage.

Contributing factors in the rise of NPAs

It is a well-established fact that banks lend to people that have money, which means that large corporations have the upper hand in receiving large amounts of loan from banks.

A popular example can be cited here, the Vijay Mallya scam wherein the owner of the Airline Kingfisher borrowed a sum of approximately Rs. 9,000 Crores and subsequently failed to pay the amount back. The total gross- non-performing assets incurred by the bank through giving loans to corporates stood at approximately Rs. 2.9 Lakh Crores out of which 3.5 percent was Mallya’s contribution. There are many more such cases that have occurred in India where banks have lent money to large corporations and reputed businessmen which have resulted in default and caused banks to go into a loss that subsequently effects common people of the country.

Over the past decade, the Indian economy has gone through a lot of changes. Initially, it was going through a booming phase wherein the private and public sector banks were both on a positive high this was when banks started lending big corporations, however, when the financial crisis hit the country corporate profits decreased causing a lot of companies to close down and incur steep losses. Following this financial crisis, the government was forced to shut down mining projects in the country, which subsequently caused a decrease in the profitability and growth in the infrastructure sector resulting in fluctuation in prices. This further slowed down bank returns and increased the amount of non-performing assets held with banks.

Another contributor to the increase in non-performing assets was the relaxation of lending norms by banks. Many times, banks would fail to analyze the financial rating and credit scores of a big corporation and would end up lending to banks based on goodwill.

The government has taken several steps to turn around this scenario in the banking sector. Several legislations and regulations have been passed and amended in order to facilitate solving this issue.

The developments that have taken place with respect to Non-performing assets are as follows;

The increase in the quantum of non-performing assets is a major concern for banks since it decreases its earnings, subsequently limiting their ability to offer loans by way of provisioning. This can be attributed to reckless lending activities and willful default by borrowers or the lack of ability to repay. Measures have been taken in the past to deal with the problems of NPA which include the introduction of several reform schemes such as, Asset Reconstruction Companies (ARCs), corporate debt restructuring schemes, strategic debt restructuring, sustainable structuring of stressed assets etc.

The government has also set up debt recovery tribunals in order to expedite the process of dealing with the NPA issue. The Securitization and Reconstruction of Financial Assets and Enforcement of Security Interest Act, 2002 (SARFAESI) was also enacted for this purpose but failed to realize its objective. 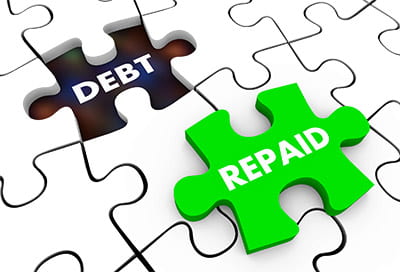 The introduction of the IBC’s resolution process expected to quicken the process of exercising control over the quality of assets. Previously, problems related to NPA and restructured assets were solved with the assistance of the RBI and the concerned bank.

Though the recovery procedure under the IBC is much quicker, it poses some challenges. As per the Insolvency and Bankruptcy Board of India (IBBI) data, the number of cases closed under the insolvency resolution regime has been considerably lower than what was proposed in the resolution. Therefore, some changes are required to be made in order to ensure the accuracy of the application of the Code.

Credit risk is basically the risk a bank takes by agreeing to lend, this risk materializes when the borrower fails to hold up his end of the bargain by failing to pay installments, which is basically a default. Credit risk management is basically the act of mitigating losses by estimating the bank’s available capital in relation to the probability of loss that may be incurred upon the issue of loans.

The banks are required to carry out credit appraisals of the borrowers and look into the degree of accountability presented therefrom; the banks must also take into consideration the effect of any external factors. Once all this is estimated, the profits and losses are to be weighed down to ensure eligibility of the borrower to be granted the loan. An MIS may be implemented in order to keep a check on the credit eligibility and look out for warning signs.

Increased authority of the RBI

The RBI is permitted to conduct an inspection of the lender to ensure their ability to grant loans and ensure that all such protocol is being followed. Amendments in the banking regulations authorize the RBI to monitor large accounts and create committees for the purpose of overseeing these transactions.

The RBI has issued several guidelines for the purpose of tackling the issue of NPA such as the strategic debt restructuring schemes that permit banks to make changes in the management of a company who is under default; it has also developed a joint lenders’ forum for the purpose of creating resolution plans. Theses resolutions have now been integrated under a common Code, i.e. the IBC.

There have been several recommendations with respect to recovery of NPAs, wherein banks and government sectors must appoint certain authorized persons to manage senior level positions with proper guidance, laws should be amended in order to assign more authority to banks to recover the default amount, imposition of accountability on the senior-most executives to ensure that issues related to NPAs are tackled with ease. 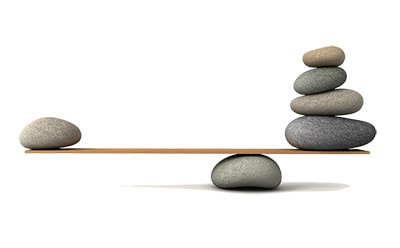 India Anti-Bribery and Anti-Corruption Regulations   Introduction India is a crucial country from a global perspective and is one of the largest economies in the world. The growth is also…

Dishonour of cheques in India

Bankrupting Financial Stress: New Bankruptcy Law of Saudi Arabia Introduction Prominent American Essayist Ralph Waldo Emerson once said that money often costs too much. Time and again, we have all…

Panorama of Customs Duty in India Part II Import for Re-Export Re-exports out from U.A.E. Free Trade Zones to a third market goal beyond the GCC Customs Zones are additionally…