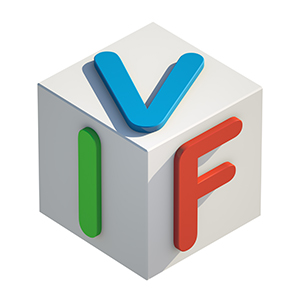 The World Health Organization (WHO) defines infertility as the inability to conceive a child. It should not come as a surprise that owing to lifestyle changes, food habits and the societal encumbrances in general, it is now indicated that one in every six couples experiences some degree of difficulty when attempting to have a child. As natural as a phenomenon it may be, the conception and delivery of a child has been a medical challenge for many years.

On July 25, 1978, a young couple Lesley and John Brown who had to bear the brunt of media attention amidst controversy and accusations of encouraging the creation of “frankenbabies,” had their dream of becoming parents come true when Lesley gave birth to a baby girl who remains known as the world’s first test tube baby in the United Kingdom. Over the years, with medical technology grown leaps and bounds, in vitro fertilization (IVF) has become a conventional medical treatment. In vitro fertilisation (IVF) is a process where an egg is fertilised by sperm outside the body. The technique involves monitoring and stimulating a woman's ovulatory process, removing eggs from the ovaries and letting sperm fertilise them in a laboratory.

Yes, the treatment still remains reserved by those who can afford the costly technology and has also been a topic of discussion relating to legal implications it gives rise to. This article discusses the approach of the UAE legal regulators and policy makers to this medical treatment.

When a woman undergoes IVF treatment, she may end up with multiple fertilized eggs which are better known as embryos. Upon testing, the best one or two are implanted into the woman and the other embryos are frozen in case the treatment fails or if the couple wishes to have another child in the future. Federal Law no.11 of 2008 outlawed the process of freezing and storing eggs which resulted in innumerable embryos having to be destroyed. The medical experts believed that this increased the cost of the treatment and was also counterproductive in terms of treatment that had to be administered to the woman. The treatment is a complex one as it employs stimulating a woman’s ovaries to produce more eggs than normal which is arduous for the body. The hormones that are administered have been linked with causing significant harm which have resulted in death. A number of studies conducted in the United Kingdom and other European countries have linked an increase in female mortality where the women have undergone or are undergoing IVF treatment. There is no known biological limit for how long the frozen embryos are viable but a number of countries have set limits of 10 (ten) years. 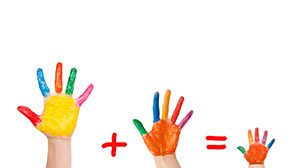 United Arab Emirates has been at the forefront of driving medical tourism towards the region. In the year 2012, the number of medical tourists that visited Dubai was over 100,000 and the revenue generated was over 600 million Dirhams. The Dubai Health Authority has armed itself with a striving strategy which they hope will attract more than 500,000 medical tourists a year. Reproductive assistance is the most sought after and traveled for treatment in UAE. The reasons for the rise in its popularity has been significant since the implementation of the Cabinet Resolution no.36 of 2009 which changed the law and allowed for medical centers to preserve and freeze the excess embryos. This resolution also allowed private clinics and specialists to be granted licences for this treatment. Prior to this resolution’s implementation, only government hospitals and clinics could administer this treatment.

The treatment is not new but all across the world there are different regulations that govern this practice. In some countries, there is strict legislation regarding who can have IVF treatment. In Turkey the legislation insists that only married couple have access to IVF. In New Zealand, there is a requirement of being a nuclear family to raise the child. The United States of America has a much more lax approach and they permit single people and people in same sex relationships to have access to IVF and surrogacy. There are also religious restrictions placed on this treatment. A Catholic and Sunni muslims are not permitted to consider this form of treatment for infertility problems. It must be noted that most of the legislation focuses on prohibiting negative practices and places a moral bandwidth to the treatment.

In the case of Evans v United Kingdom which was a landmark case at the European Court of Human Rights had a significant impact on fertility law not only in the United Kingdom but also on other European Union nations. In this case, Ms. Evans and her fiancé separated after the eggs had been fertilized. The man in question decided to approach the medical facility and have them destroy the eggs as he wished to withdraw consent. In the UK and other EU nations, the legislation states that both parties must provide consent. Ms. Evans went to the High Court to pursue the treatment and to request the court to dismiss her ex-fiancé’s wishes. The High Court and then House of Lords both ruled against Ms. Evans. She approached the European Court of Human Rights where the ruling of the UK courts was upheld. It is essential to note that this case was one of the many that have raised unprecedented issues for a number of legal regulators.

It is imperative that policy makers, government bodies and medical experts come together to understand that the value and significance of any embryo is relational, personal and thus infinitely variable. An embryo cannot be granted a moral or legal significance as distinct entities.