US Treasury Sanctioned a Cryptocurrency…

Environmental Law and the Disposal of Construction Waste in the UAE 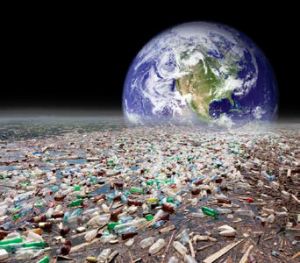 Have you  ever read  through the small print that follows  your oﬃce email signature?  The chances are that it will contain a phrase similar to the above. Yet ironically, in general we have a globally cavalier attitude towards conservation. Yes, we are aware that natural resources will eventually deplete, the ice caps are melting and global warming may one day result in a dramatic over-hall in the environment as we know it – but still, so unlikely are such factors to occur within our lifetimes that conservation becomes a secondary concern. After all, despite the typed warning, a polar bear won’t suddenly become homeless just because we have printed this one little email…

Born and raised in England, I am familiar with strict policies and law relating to recycling, refuse and littering. Failure to adhere to the relevant provisions can escalate to the point of imprisonment – a threat which makes us think twice before discarding a cigarette butt on the street as opposed to locating the appropriate disposal receptacle. But what is the position here in the UAE? The lack of itemized recycling bins outside of every residence may lead us to assume that environmental protection and conservation are not major concerns, yet we would be very wrong in thinking this. Under  Federal Law Number 24 of 1999 (the Environmental Protection Law), contravention of certain provisions implemented with a view to protecting the environment can incur the death penalty. Extreme perhaps – but it certainly grabs our attention!

Environmental law becomes an interesting concept when we consider the way in which the UAE is a major hub for development. Readers in Dubai, take a look out of your window right now – the chances are that there will be one or two cranes on the horizon. Of course, the largest increase in environmental pollution in history occurred alongside the Industrial Revolution of the late 1700s, but the fact that the UAE has been undergoing such a construction boom cannot be overlooked as having a detrimental eﬀecton our present-day environment. The harvesting of resources and preparation of sites destroys habitats, factory production creates air pollution, and heavy plant machinery causes noise, and along with development comes construction waste of which we need to dispose.

The disposal of construction waste has become a major factor in inﬂuencing the various environmental policies in the UAE. In 2008 Abdulla Rafea, assistant director general of health an environmental services at Dubai Municipality, announced that Dubai was producing approximately 30,000 tonnes of construction and demolition waste on a daily basis. For reference, this would be the equivalent of 150 fully-grown blue whales or roughly half the weight of the ill-fated cruise liner Titanic. Daily. This pushed Dubai (along with other GCC nations) into the league of the world’s top 10 waste producers, with the collective total of waste and refuse materials predicted to reach 350,000 tonnes per day by the end of this year. With the Environmental Protection Law oﬀering no guidance on the most appropriate method of disposal, the vast majority of this rubbish was deposited in landﬁll sites. Given this overwhelming volume, the increasing rate of construction and the predicted inﬂated statistics alternative solutions were clearly needed. This, coupled with the Dubai Municipality’s announcement that the Emirate would be the most sustainable city in the world by the time the 2020 World Expo comes around, has paved the way for change. 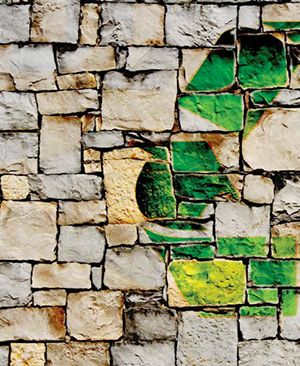 So how have these changes aﬀected the disposal of construction waste across Dubai and the UAE? Dubai Municipality’s Green Building Regulations and Speciﬁcations in cooperation with Dubai Electricity and Water Authority (DEWA) of 2012 (the Green Building Regulations) have gone some way towards reducing the amount of construction waste produced by implementing strict conditions on the usage of building materials and requiring under section 701.06 that recycled content must account for a minimum of 5 percent of the total construction materials used. Moreover section 702.01 places developers under obligation to dispose of at least 50 percent of the waste generated via means other than depositing the same in landﬁll sites. Suggestions contained within the regulations include the recycling of woods, plastics and metals, the diversion of concrete waste to the Construction Waste Treatment plant and the clearance of excavated soil to a site nominated by the Dubai Municipality.

Although domestic waste contributes to such a situation, the fact remains that landﬁll sites within Dubai are under huge pressure to accommodate the waste produced by the Emirate, and in addition to that are obviously hazardous and unpleasant. In fact, in 2012 Al Qusais landﬁll (one of only two sites in existence at the time) was dubbed by The National UAE’s Mohammed N Al Khan as being “a two kilometer-square, 20 meter-high layer cake of rubbish1 ”. Yet in April 2014 the site was awarded an environmental prize in recognition for the initiative implemented by Dubai Municipality whereby the plant converts gases produced by the waste and uses the same to meet 100 percent of the site’s power requirements. This in turn also reduces greenhouse gas emissions.

This demonstrates that alternative methods of construction waste disposal not only make for a healthier, happier, more sustainable environment, but also create economic beneﬁts. And Dubai is not the only Emirate to realize this, with Abu Dhabi’s Al Dhafra Construction and Demolition Recycling Facility operating on the same principles. Having opened in May 2010, the plant now processes between 5,000 and 8,000 tonnes of construction waste on a daily basis.

As well as separating out materials such as timber, which are suitable for recycling, the plant converts waste into new materials suitable for re-sale back into the construction industry, such as road base, trench bedding and structural ﬁll. Not only does this reduce the amount of waste deposited in landﬁlls, but also decreases the need to harvest naturally-occurring materials, thus protecting the wider landscape. In keeping with Abu Dhabi’s Economic Vision 2030 the Government has announced its intention to place a mandatory 40 percent minimum requirement on the inclusion of such materials in all new developments. A similar initiative is also in place in Sharjah under the supervision of environment and waste management company Bee’ah. Having already successfully diverted 60 percent of the Emirate’s waste away from landﬁlls over the past 5 years, Sharjah aims to dispose of 100 percent of its waste via other means by 2015.

It may have come to your attention whilst reading the above that although the schemes, initiatives, practices and systems discussed are evidently eﬀective ways of meeting the various green objectives in place across the UAE, they are not law, and as such there is a limited amount of power vested in the authorities to enforce the relevant provisions. Although the Green Building Regulations impose obligations upon developers regarding the usage of construction materials and the depositing of waste, the rules do not go so far as to outline the liability of those failing to meet requirements. However, as a federal law, the Environmental Protection Law diﬀers greatly, and provides for a range of monetary ﬁnes or periods of imprisonment depending on the nature of a breach. Yet the problem seems to be this – despite taking steps to prevent pollution, protect natural resources and enhance the environment, the Environmental Protection Law came into force 15 years ago, and is therefore exclusive of any of the more recent issues posed by the construction boom.

Fortunately, new draft laws presented to the Federal National Council in 2014 look to regulate construction waste far more strictly, implementing separate disposal systems for solid, liquid, medical and hazardous waste. In addition to this local authorities and the Ministry of Environment and Water shall be given greater authority to deal with perpetrators accordingly, with a more severe range of penalties to be introduced. It therefore seems reasonable to conclude that the holes that development has torn in the Environmental Protection Law will soon be plugged by way of new legislation.

And as for the fact which inevitably helped to keep you reading – under Article 73 of the Environmental Protection Law, the death penalty (or a one to ten million dirham ﬁne) may be incurred by anyone failing to adhere to the prohibitions regarding the importation, storage or disposal of nuclear substances within the UAE. Evidently this is not a provision of which many of us are likely to fall foul – nonetheless, it goes some way towards emphasizing the seriousness with which oﬀences against the environment are treated. Of course, our readers will be archiving this newsletter along with previous editions for later reference, but we conclude in the hope that other paperwork that has served its purpose will henceforth be disposed of in the appropriate, environmentally-friendly manner…