Overview: Can artificial intelligence machines be patented or sued?

Can artificial intelligence machines be patented or sued? 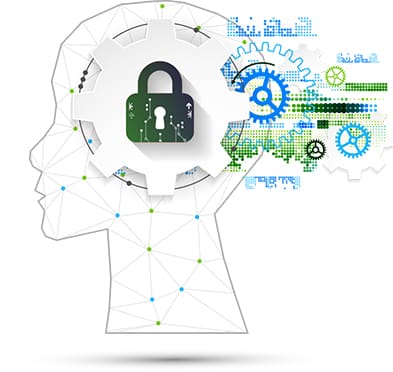 There are four types of artificial intelligence machines. The first type is reactive machines, for example, programs that can play chess. The second type is called limited memory, and it entails computers systems that can use memories to make a better future decision.  Self-driving cars use this kind of computer system among others. The third type of artificial intelligence is called the theory of mind, and this type of computer system respects the desires, beliefs and intentions that impact the decisions of others which affect their decision making.

There are several examples of artificial intelligence technology. Automation is a system or process that functions automatically. Machine learning is a process that entails enabling a computer despite never being programmed. Machine vision allows computers to see in a way that is comparable to human eyesight.  Natural language processing involves a computer hearing and human process language through a program. Robotics refers to designing and manufacturing robots too complicated for humans.

Can Artificial intelligence machines be sued? 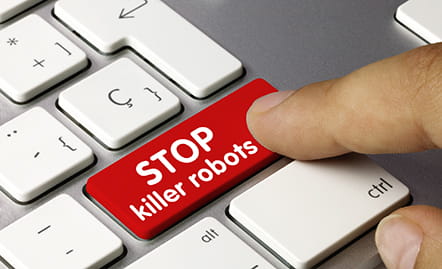 Currently, an artificial intelligence machine cannot be sued because the law refers to it either as a product or a service. If it is a product, then the manufacturer can be sued for breach of warranty based in a contract, or a product liability claim can be instituted, holding the manufacturer strictly liable for the defect in the artificial intelligence machine.

Case law on whether machines can be sued is limited because these artificial intelligence machines have been regarded as either products or services. For instance, In 2015 in Switzerland a robot was confiscated by the police because it was used to make illegal purchases on the dark web. It is important to note, however, that the robot was not charged with a crime.

Existing intellectual property laws does not recognise the artificial intelligence machine's right to invent a new piece of technology that can be patented.

To understand whether artificial intelligence machines can be patented, one must realise what patenting entails. A patent is a version of the intellectual property. The World Intellectual Property Organisation (WIPO) defines intellectual property as a creation of the mind.  The owner of an invention is given patent rights which means that they are the only individual allowed to make, use, sell and import an invention for a period of usually 20 years.

In Europe, artificial intelligence can be patented subject to specific guidelines. The European Patent Office (EPO)  has published its guidelines for examination. The guidelines prescribe how the process of patenting should be carried out. These guidelines show how patent applications directed towards inventions for artificial intelligence should be handled. The EPO guidelines state software and abstract mathematical models are not patentable, but if the idea is implemented, it then becomes eligible for patenting.

The Gulf Cooperation Council has stated that algorithms and code cannot be patented. Arguably the same rule applies to artificial intelligence machines According to the Copyright Designs and Patents Act of 1988 in the United Kingdom, the author of any literary, dramatic, musical or artistic work created by a computer is the person that made the arrangements necessary for the creation of the work undertaken. Artificial intelligence cannot be legally protected unless some human intervention takes place. The founder, or owner or the head of the company who owns the artificial intelligence will be named the inventor of the inventor.

In the United States of America, the court in the 2015 case of Hewlett Packard Co. v. ServiceNow, Inc., No. decided that abstract ideas of future artificial intelligence were not eligible for a patent. The court remarked that one might be able to patent a specific implementation of an abstract idea involving a patent. However, the general tone of the judgment indicated that an artificial intelligence idea had to come into being before it could be patented.

Regarding whether an invention created by the artificially intelligent machine can be patented, the United States Court in the case of New Idea Farm. Equip — Corp. v. Sperry Corp. stated that only people conceive ideas and not machines. The Copyright Office reinforced this decision by saying that it will decline to register works produced by a machine or mechanical process if there has been no creative input or intervention from a human.

There should however be extensive regulation of artificial intelligence machines. Driving requires making decisions, and sometimes those decisions are ethical. A computer program, when faced with an imminent car accident may decide to minimise damage to the car; however, this may result in more harm to the humans involved. A computer program is unable to exercise empathy when making a decision. For instance, in 2015 a man was crushed by an automated robot along the Volkswagen assembly line. It is assumed that a robot cannot form the necessary intention to commit the crime of murder and therefore the robot was not charged. If there were regulations that limited the interaction between humans and robots, perhaps such accidents could be avoided.

Should Robots be Granted Citizenship? It’s 2019 and with the world progressively stepping towards technological advancement, active presence of machines is no surprise. Within considerable amount of time, Artificial Intelligence…

Cyber Liability Insurance   The Cyberspace The world is in a continually developing state, with new and exciting inventions and technologies arising on a regular basis. It would take some…

Legal Protection of Software - A Detailed Overview Intellectual property is an intrinsic part of the modern economy. We have discussed trademarks in all forms be it colour or smell,…

The Unitary Patent Court – caution ahead! The Unified Patent Court (Immunities and the Privileges) Order made on 8 February 2018 is recently making a lot of clatterin the European…