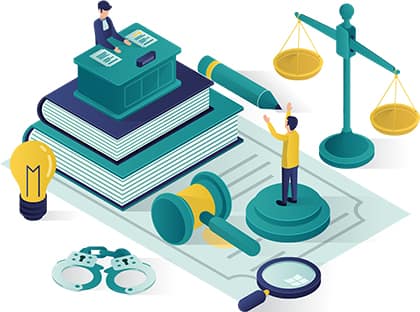 The United States (US) has a well-established regulatory structure and close to 250 years of growth and development in this respect. As such, the nation is known around the world as having one of the best, most open fair systems around. While it isn't at the very top areas of the rankings, the systems in place and the records are all impressive none the less.

However, even with such deeply established systems and regulations, there is continued evolution to this day with considerable discussion arising on both civil and criminal law as well as court proceedings of both.

Actions or activities that are considered harmful or threatening make up the bulk of these. The country has a common law system, and so the general process in the simplest terms for a criminal case is as follows:

Another of the crucial details that arise when considering common law states is that case laws are law in themselves. They are referred to as Stare Decisis or Judge made Laws.

Res Gestae is a legal doctrine found in the US which concerns the matter of hearsay evidence presented in a courtroom during a criminal case. This concept will be the primary concentration of this piece, and it shall de be delved into deeply.

What is Hearsay Evidence?

Hearsay evidence relates to pieces of evidence utilised and relied upon in the courtroom that arises outside of it. It often relates to third parties not presented as witnesses, or witnesses mentioning proof provided to them by others. Therefore, it is not considered as reliable or usable in many cases.

The reason hearsay evidence often does not arise in a criminal case relates to the severe nature of the case. In criminal matters, the life of an individual is often greatly affected, whether that is through prison time, significant fines or even simply reputational damage. This severity is the very reason for the existence of the 'beyond reasonable doubt' concept. It would thus be foolish to impact someone due to hearsay evidence so adversely. 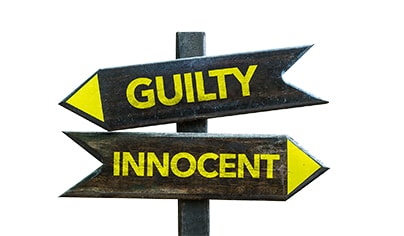 A crucial case which has expanded the understanding relating to hearsay is the case of Crawford v Washington, 514 US 36 (2004). In this case, Mr and Mrs Crawford confronted another individual who Mrs Crawford claimed had attempted to rape her. During the confrontation, Mr Crawford ended up stabbing the other man in the torso. Mr Crawford subsequently contended that at the time, he believed the other individual had a weapon, and the action was one of self-defence. Both the Crawford's were separately interviewed, though due to the spousal privilege law, Mrs Crawford was unable to testify during the hearings. In her interview, she claimed that she was aware that the stabbed individual did not have a weapon.

However, the prosecution wished to utilise her interview statements in their argument, and the court allowed for this. Because Mrs Crawford could not testify in court, the evidence would fall under the category of hearsay.

The reason it was permitted to be used in the court hearing was as such:

This case was appealed, and the Court of Appeal overturned the conviction based on the fact that the wife's hearsay evidence was not allowed in court. Finally, though, the case went to the Washington Supreme Court, where the three above mentioned points were confirmed, and the conviction received reinstatement.

What is Res Gestae?

The Res Gestae doctrine is one particular method through which hearsay evidence can be utilised in a criminal case. The phrase itself literally translates to 'things done'. It related to a statement made by a person in an instant or spontaneously, and as such, the report itself can be taken to be true. Therefore, the account is admissible in court while also being hearsay.

One case which utilised the concept of Res Gestae was that of State v Fetelee 151, 157 P.3d 590 (App.2007)of 2008, which occurred in Hawaii. In the case, the defendant was on trial for three specific acts. These included attempted murder of one individual as well as the assault of another. One of the first pieces of proof used related to this incident was a piece of Res Gestae evidence. However, Fetelee claimed that this evidence was not viable under the Hawaii Rules of Evidence (HRE), and as such further testing and evidence should receive more considerable attention.

Further to this, there was evidence presented in the case supporting Fetelee. This evidence included an eye witness who saw certain parts of the 'attempted murder'. However, their viewing was not of the entire situation.

The case was appealed, though the court agreed with the decision of the court of first instance. Thus Fetelee was convicted on all three counts he had been brought forth on. These included attempted murder, assault and also a theft of the fourth degree.

Through looking at this case, it is clear that Res Gestae scan confuse the parties, though it can also act as evidence during times where there is no other. The issues brought forward concerning the topic can be summarised as follows.

The fundamental nature of the Res Gestae doctrine relies on spontaneous statements for third parties who are not partaking in the court proceedings themselves. There have thus arisen concerns surrounding the legitimacy of the concept and its use.

One of the vital issues or questions that comes up is that if a spontaneous statement is made, does that necessarily indicate it is true. That is the concept of Res Gestae at the most basic levels, and saying it as such gives rise to questions of its legitimacy by many.

Further to this, considering the nature of the evidence, it can cause significant confusion in cases where there is differing evidence. In many ways, it can often be considered weaker than other types of proof and can be overruled.

This is not to say that the concept does not have uses. Hearsay evidence may occasionally arise as the strongest available to a party, and under the appropriate circumstances, it can turn the tides of a case. As previously mentioned, criminal cases place the lives of the defendant in the hands of the justice system. As such, if appropriate information arises which finds the defendant not guilty, the court should consider it, and if it is relevant and reliable, utilise it.

Hearsay evidence in a court case is an interesting discussion. There are many cases where its use has arisen. However, there is a general guideline that courts follow to dictate their appropriateness, such as those found in Crawford v Washington.

Res Gestae is a specific type of exception which considers spontaneous statements made by a third party outside of the courtroom (thus it is hearsay). It is then used as evidence for a trial. Questions have arisen concerning this method and whether it is acceptable, though it currently stands as one of the few exceptional situations in which hearsay evidence may enter a courtroom.

New Regulations in Association Health Plans – United States of America Introduction Benjamin Carson once said that Healthcare is one-sixth of the economy of the United States. He went on…

SECURITIZATION: AN OVERVIEW Introduction Securitization is a powerful financial tool that renders possible the profitability of illiquid assets. We all agree that securitization contributed to the 2008 Financial Crisis, demonstrating…

What are the consequences of filing a wrong police complaint in the United Arab Emirates? Introduction A simple Google search of the name "Jussie Smollett" will lead to a finding…