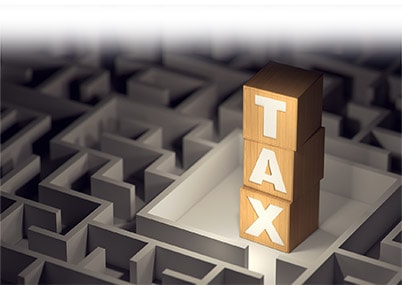 The new Budget 2020 announced by Finance Minister of India Ms. Nirmala Sitharaman while being appreciated for relief and benefits it has introduced for the middle class, it has come as surprising for the NRIs with a proposal of taxing them. The proposal contained in the Budget 2020 aims to tax the NRI and the amendment to the existing legal provision proposes instead of 182 days of overseas stay now 240 days shall be considered in order to fall under the category of NRI and any Indian who lives for 120 days or more than it in India would be a resident and also taxed accordingly. The second proposal aims to impose a tax on worldwide income of NRI if he lives in different nations.

If passed by the Parliament, such NRIs who don’t live in India for many years would be affected in the financial year (FY) 2024 to 2025 and would be tagged as ordinarily resident in India from that year onwards and shall need to pay their respective taxes relating to global income as well as report foreign assets in ITR (income tax returns).

The Budget further reasons that taxation laws should not abet a person who is not liable to tax in any country. The current law that holds the concept of “residence” provides an escape to high net worth individuals and other person to no accountability with regards to pay tax in any place in the world. The financial analysts view this proposal as not worthy as it would impact Indians who work in minimum or no personal income tax jurisdiction. Also, the experts say that there is ambiguity in interpreting the term “liable to be taxed” and hence need broad discussion with the public as well as economists.

With NRIs panicking about this proposal, the Finance Ministry in its Press Release has clarified that the proposed amendment aims to be an anti-abuse provision to the fact that many Indian businesses and citizens deliberately shift their income to low or no-tax jurisdiction as malpractice of tax evasion. Further, if the proposal becomes effective, it would be applicable only on those NRIs if earned through Indian business or profession.

The Indian Citizenship (Amendment) Act, 2019 came into force on 10th January 2020 and was passed by the Parliament. This law amended Citizenship Act of 1955 to provide Indian…

Japan –  Tax Treaty Amendment In July-August 2019, the agreement amending the U.S.– Japan Tax Treaty (' Protocol ') came into force on the transfer of instruments of ratification between…