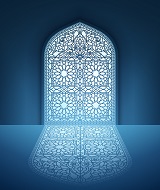 For the Hajj season 1442H, the concerned authorities have approved a number of recommendations, the most significant of which is optimizing the benefits of health protocols and precautionary measures that were previously implemented during the 1441H Hajj season.

Alternatively, domestic pilgrims must receive at least one dose of an authorized vaccine before being nominated to perform Hajj so that 6-8 weeks have elapsed after their last dose. Furthermore, the second dose must be administered as soon as the pilgrim receives initial Hajj approval and at least two weeks before the pilgrim travels to the Hajj regions.

Similarly, to ensure the pilgrim is free of COVID-19, a swab test using the PCR technique is necessary. This test should have been completed within 40 hours of arriving at the Hajj zones and going to the areas of the procedure.

Likewise, the authorities' controls have laid out the protocols to be followed at entry points both within and outside the region. They entail the pilgrim undertaking visual inspection tests, as well as the authentication of all health records and the testing of vaccine certificates. The pilgrims will be dispatched to designated transportation lanes. 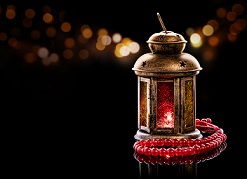 Additionally, pilgrims will be divided into batches at the Holy Sites, the Two Holy Mosques, and the Central Areas in Makkah and Madinah, and tents and sorting points will be set up on pedestrian roads, the Jamarat Area, and at train stations, bags will be sterilized, and security guards will arrange pilgrims' departure according to the timetable.

Finally, a bus will be designated for each group in the Arafat transportation schedule, with a seat number allocated to each pilgrim. Pilgrims would not be permitted to stand throughout the journey, and at least one seat for two passengers should remain vacant so that all passengers hold their baggage.

Saudi Whistle-blower Protection Regulation to be Introduced Introduction Whistleblowing is a concept which has risen to prominence in recent years and is a somewhat confusing and controversial topic. It involves…