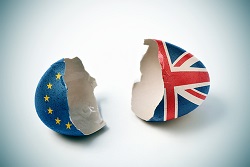 To those individuals outside of the UK and those with little interest in British politics and political ongoings, Brexit may seem a somewhat distant memory. The voting initially took place back in 2016 and so almost three years have now passed.

However, while the voting stage was conducted and finalised some time back, lawmakers and politicians in the country have since been hard at work moving all of the pieces and attempting to put their nation in the best possible position to ensure the security of the future. The UK is a significant global power, and this position would be a crucial one to maintain along with the relationships with foreign jurisdictions that have arisen through the decades and centuries.

With the negotiations that are occurring between the UK and the EU, the nation is looking to put itself in the optimal position and ensure the best deal possible finally arises. However, the road has been a bumpy one, and one of the fears now is that a Brexit will take place and no deal will emerge. With this fear present, the Parliament has voted and passed a bill to ensure this does not occur.

Close to three years have now passed since the Brexit vote, and if one were to recall, the process was initially intended to have been completed in around two years. Two extensions have already occurred with the current deadline being April 12 2019. Parliament’s recent vote was to ensure that the UK does not crash out of the EU on this date with no deal in place.

This Bill was approved of in the House of Commons by a vote of 390 for and 81 against it. Things are not in the best of states with discussions at this time, and the hope is that there is a light at the end of the tunnel and a good deal to be made for the UK, its economy and its people.