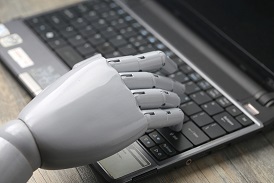 Over the objections of US business groups, the US Commerce Department authorized a regulation released by then-President Donald Trump in January to take effect on Monday.

Commerce must follow licensing or other pre-clearance procedures by May 19, according to the regulation.

The law, according to the US Chamber of Commerce and other business organisations, gives the US government "nearly unrestricted authority to interfere in practically any commercial transaction involving technology between US companies and their foreign counterparts, with little to no due process."

The Commerce Department announced last week that it had issued subpoenas on many Chinese companies that provide ICTS services in the US to see if they posed a national security danger.

Legal Update: Kalifa Review - A revolution for FinTech? The government also released a study on FinTech in the United Kingdom, which includes several important and far-reaching recommendations for the…

Technology in the construction industry

Technology in the construction industry Over the years, technology has premature and revolutionized almost significant aspects of our day to day lives. It has established itself as the cornerstone of…