The promising era of Economic Freedom 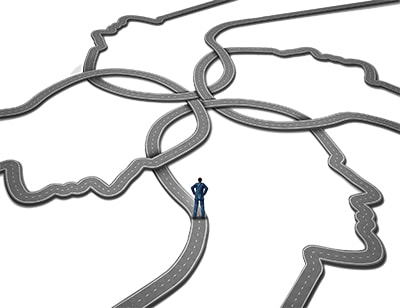 A decentralized autonomous organization (the DAO) is a computer program which is a form of an investor directed venture capital fund.

The primary objective of the DAO was to provide a new decentralized business model which could help in the operations of both commercials as well as non- profit making organizations. In the year 2016, the crowdfunding of DAO further went on to create history as the most massive crowdfunded campaign. The main plan behind this concept was to put more control in the hands of the investors and to strike off the idea of having a centralized authority, which proved itself to be a more economical method. The DAO further came to be known for establishing itself as the most successful and dynamic concept to be implemented through the Blockchain technology. A blockchain is a decentralized,  digital ledger accessible by the public through which various transactions taking place through multiple computers can be recorded. It ensures that the said record cannot be altered with and also allows its participants to check and audit the transactions taking place in a very transparent, cost-effective and straightforward manner.

It took birth at the beginning of May 2016, when a few members of the Ethereum community disclosed their creation of the DAO. The DAO during its creation period allowed anyone to send Ether to a unique wallet address in exchange for DAO tokens on a 1–100 scale. Ether is a cryptocurrency which has its blockchain generated by the Ethereum platform.  This period of its creation turned out to be of great success, and it gathered 12.7M Ether (worth around $150M at the time), which now made it the biggest crowdfund ever. There came a point when Ether was trading at $20, the total Ether from The DAO was worth over $250 million.

It opened the doors and gave the opportunity to anyone who has a project and wanted to display their idea before the community, and in return receive funding towards the same from the DAO. It enabled anyone with a DAO token to cast their vote towards a plan and make a profit if the said plan turned out to be a success. The DAO was proving to be a platform that issued funds in Ether to projects, whereas the investors received voting right with the possession of a digital voting token. It was a successful platform wherein contractors with the project could submit their ideas and plans, which would further be verified and checked by a team of volunteers called the curators. Post scrutinising the details such as identity of the people putting forward their ideas and projects and post having a check on the legality of the said project and idea, the said project was put forward for the investors to vote post which on the success of the project the profits from the investment was then reverted to the shareholders.

The DAO at no point of time was in possession of the money of their investors, but in fact, it was only through the digital voting tokens that the investors could cast their votes towards a project.

The fact cannot be ruled out that the concept of the DAO was unique and is the need of the hour in shaping a modern-day organizational structure. This concept gives an opportunity for every individual to display their ideas and also provides the power to the investors to take productive decisions with regards to the same overruling the concept of a monotonous Hierarchy system.

Furthermore as putting up ideas as well as investing in them requires the investor to spend a certain amount of money, the same now helps in taking a faster decision and in overlooking unproductive ideas at a quicker speed. Further, all the rules to the said concept are laid down to everyone taking part, and everyone herein decides how to spend their money at the same time have easy access towards tracking their finances and also keep a check on how it is spent.

The Attack that changed it all

The DAO was proving itself to be a major success until the 17th of June 2016, the day it was attacked by a hacker which resulted in the discovery of a combination of vulnerabilities which included the feature of recursive calls( when a routine dials itself both, directly and indirectly, it is said to be making a recursive call). Soon it was discovered that the hacker had taken control of 3.6 million Either, which was about one-third of the total Either that was committed to the DAO. The Ethereum blockchain was not found to be the cause of the said hack but was an intelligent hacker who had discovered a vulnerability in the said system, which would not have been the case if the coding of the DAO was done rightly.

The hack of the DAO was a major eye-opener. Having touched the numbers, the DAO had accomplished, despite its failure, it still holds a mark for the accomplishment it had reached. It wouldn't be wrong to say that in an industry with young procedures and developing tools, this was a project which had an early launch for a concept of its magnitude.

Further having various security checks or test would not make a difference as even though the team, as well as the community, was well acquainted with the resolution of problems about areas such as the Call Stack Depth attack, unbound loops, and various specific vectors. The re-entry attack was something that left everyone unaware during the time the writing of the DAO framework. 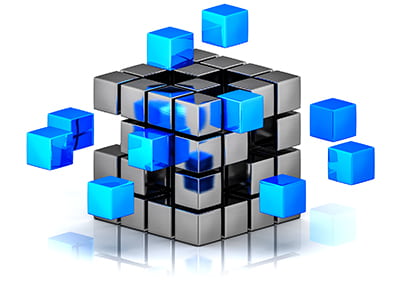 It is still not known whether the said attacker belonged to a particular group or was a single individual, who cleverly made us of the inbuilt split to transfer money into another wallet. The original function of the said split was to allow the investor to withdraw the Either and further to return the token if anyone desired to leave from the DAO. It was, in fact, this function that proved to be a setback for the DAO as it was through this function that the hacker had discovered a vulnerability which was, in fact, an error, and now started repeatedly calling the said split function and each time called a new request before the end of the previous one. It was because of this error that the system could not read the fact that the transaction had already been completed during the last split function. The hacker severely abused the said error and in no time was found to have withdrawn Either running to a sum of US $ 50mn. It caused a significant setback and had created a state of paralysis for the Ethereum community and had brought a massive breakdown in the value of the digital currency.

Finding the plan to recovery

At this time of crises, there were various ideas which were now discussed by the members of the community towards damage control, out of which one was to freeze the money before the hacker could withdraw the said stolen money. The execution of this action would have now enabled the community to take control of the stolen Ether and further direct the same towards the accounts of their rightful owners.  The said idea did receive massive support but was not implemented as the same was found to be associated with having a risk towards market securities.

The optional ideas that were proposed to take control of the said situation were to conduct a hard fork. By using this method, all the finances would be transferred into a new contract post which the original holders would be able to access the said contract and exchange their DAO token for Ether at a rate which was decided before the announced plan.  After a series of discussion and after taking into consideration various options, it was the Hard Fork method which came to be determined as a weapon to resist the damage that had been incurred due to the said act. The said plan was now implemented before the hacker could withdraw all the ETH from the “ DarkDAO." As a result of this, all the funds were soon transferred to the withdrawal contract, and the original owners were now accessing the same to withdraw their Ether. 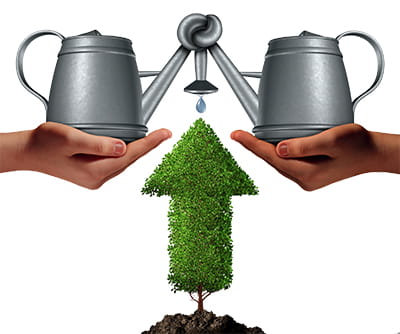 The said attack was devastating, but it surely taught a lesson that even though the system is stable, the human being remains its most significant challenge and weakness.  Even though the said contract was programmed with precision, it still contained certain loopholes which enabled a hacker to enter into the said system and create a heist. It is a matter of great appreciation that in the situation of crises the community proved their ability to handle the said situation and take control of the same. In spite of the said crises and panicked situation, the community remained calm and analyzed the pros and cons of all the situations, and damage control techniques within a very short period, and further went on to succeed in the step chosen and taking control of the situation.

Further in an environment where the code is the basis of all functionality, the same needs to be of good quality, reviewed and also developed. Further, the responsibility of code quality in a blockchain should be taken by the entire community. Especially in the case of DAOs, it is the view of many stakeholders in the community that like a contract is read before investing money, in the same manner, all investors should also review the code, and its risk should be assessed. In the short term, it will be interesting to see how the community will be able to adjust to this situation by motivating users who have not yet triggered the exchange of their DAO tokens to do so.

Cryprocurrency– A Magical Bubble or The Future of Currency?

Cryprocurrency– A Magical Bubble or The Future of Currency?   The noise and media surrounding the notion of cryptocurrency have been increasing the curiosity rapidly. Before curiosity kills the cat,…

Cyber Liability Insurance   The Cyberspace The world is in a continually developing state, with new and exciting inventions and technologies arising on a regular basis. It would take some…

The Fine(d) Blend of Bitcoins and Multi-Level Marketing (MLM) 'There are three eras of currency: commodity based, politically based, and now, math based.' Let’s keep it simple! Cadberry sells chocolates…

The Fueling of MLM through Bitcoin Pragya Gianani; Shahed; and Faraz Salat discuss the legal aspects surrounding multi-level marketing and usage of bitcoins.   Any entrepreneur will tell you that…