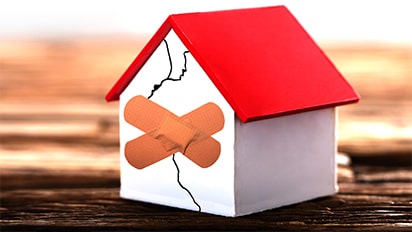 As Winston Churchill once said: “Land monopoly is the mother of all monopoly”. Decades later, this statement has still proven to be accurate as real estate is a booming industry all over the world. Real estate in the United Arab Emirates (UAE) in particular, has seen a vast development in recent times. This article is tailored to address real estate in the UAE and in particular how the law deals with defective real estate units that are handed over.

Development of real estate in the UAE

Legislation has been passed where now foreign expats can own property in the UAE (subject to the Emirate and free zone). Prior to this, only UAE and GCC nationals could own property in the UAE and expats were only allowed leases for 99 years. How it worked beyond 99 years was unclear, therefore, new structured law governing this area of real estate owned by non-nationals was long overdue. In 2006, HH Sheik Mohammed bin Rashid Al Maktoum, Ruler of Dubai issued Law Number (7) of 2006 Concerning Land Registration in the Emirate of Dubai which for the first time facilitated the right of a foreign national to own property in Dubai. Article 4 of this law states that a foreign expat now has the right to ‘acquire absolute ownership of land without restrictions as to time.’

As this legislation came into force, foreign investors flooded to Dubai mostly to invest in real estate. Bearing this in mind, more legislation has been passed in recent time to regulate the buying and selling of property so as to promote real estate business in UAE with integrity. A few such examples are:

Firstly, it is important to understand and differentiate the types of defects that are seen in real estate units. These defects can either be latent or patent. Patent defects are those which are apparent to any reasonable person viewing a property, i.e. broken windows, dry walls, infected ceilings etc. As these defects are noticeable, it is up to prospective buyers to make a decision or negotiate with the seller. Latent defects, on the other hand, are those flaws which are only identifiable by experts in the field and are sometimes not even visible to the naked eye. As per Article 544 of Federal Law Number 5 of 1985 (commonly known as the UAE Civil Code), a latent defect is defined as one which ‘cannot be observed by external inspection’. The general rule for defective property is that the builders/sellers have to compensate the buyer for any latent defect (patent defects are known to the buyer and he can enter into a contract knowing about the defect at his own discretion).

Rules of contract law apply for cases dealing with property, and the validity and legality of the contract generally cover any issues. For instance, in Appeal Number 2017/452 (Real Estate Appeal), the Dubai Court of Cassation ruled on 14 March 2018 that as per the contract a buyer had to be compensated for the lack of 5 per cent space of the real estate he had contracted to buy from the defendant.

The UAE Civil Code provide guidance when it comes to defective property which is almost always applied in cases with latent defects. Article 237 states that a contract can be terminated if there is a defect even if the contract does not call for such a clause. If a person wishes to terminate a contract on reliance of this article, then, Article 240 which states that when a contract is cancelled due to a defect, the subject of the contract should be returned to the owner is also applicable. The article goes on to say that the contract price is recoverable by the affected party. However, it is important to note that this option to terminate the contract would not be applicable if a party accepts the defect or chooses not to exercise this right (Article 241(1)) but not when the party in question dies (Article 241(1)).

The law also requires any person who has carried out, enabled or caused any defect in property to be bound to repair it. Article 282 states that a person liable for any tort is to repair the same. The party seeking compensation of any latent defect can claim for compensation for moral as well as financial damage (Article 293). However, the tricky part here is the statute of limitation, and if the buyer (or any affected person) is aware of the property defect and wishes to act within the expiration of the time period. The limitation period, however, does not apply if the defect in question is a part of a criminal proceedings claim (Article 298 (2)).

But, what about property contracts which are contracted out to third parties?

The UAE Civil Code Articles 880 – 883 govern decennial liability. It provides that when the stability and the safety of the building is concerned, the contractor and the supervising architect/engineer is liable for it for a period of 10 years after handing over the property (Article 880(1)). This period cannot be negotiated between the parties for a shorter amount of time neither can the contractors contract out of this mandatory obligation (Article 882). This liability arises when the work on the property in question commences (Article 880(3)) and in case of liability, the affected party is to be compensated (Article 880(2)). This was seen in the case of Dubai Court of Cassation 150/2007, where it was held that a contractor/engineer would be liable to compensate the party to whom the property was handed over. This case also underlined an important principle that liability does not extend to affected third parties who are not part of the contractual agreement. Another important point to note is that, contractors will not be held liable for defects during the construction of the property as the decennial liability applies only after the handing over of the property. This principle was used in Abu Dhabi Court of Cassation 293/Judicial Year 3. 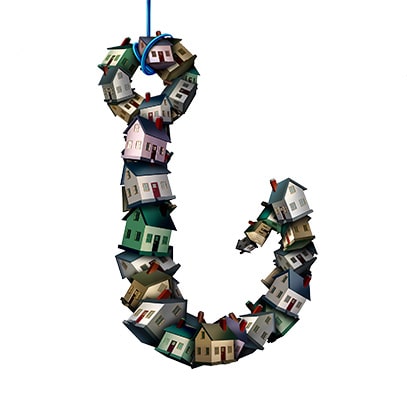 However, it is important to note that no claim can be made if the affected party claims for compensation after 3 years of discovering the defect in the property (Article 883 of the UAE Civil Code). This was seen in the UAE Federal Supreme Court Case Number 211 of 2019 in the Civil Circuit where it was held that a defective property dispute cannot be heard in this court on the basis that the case was time barred as the appellant brought about a claim after the three-year expiration date.

With real estate booming in the UAE, it is important to acknowledge that there are laws governing various aspects which protect the rights of both parties. As seen from the case laws, the Courts generally uphold the relevant Codes.

Does the UAE real estate market need new financing rules? The United Arab Emirates (UAE) property market has experienced quite a few major developments within the past decade, with a…