“I hate the notion of a secret recipe. Recipes are by nature derivative and meant to be shared - that is how they improve, are changed, how new ideas are formed. To stop a recipe in it's tracks, to label it "secret" just seems mean.”- Molly Wizenberg, Food blogger

One cannot imagine a life without food. The need to eat is as natural as breathing so it must not come as a revelation that food plays a significant role in the legal scheme of things. I am sure you are wondering what we are talking about here. The food and beverage industry surprisingly involves several aspects of intellectual property law. Be it the widely recognized red logo of the coca cola bottle, the secret behind the KFC chicken recipe or the ta da da music of the McDonald’s advertisement, the food and beverage industry employs it all-patents, trademarks and copyrights.
It is absolutely crucial to protect one’s intellectual property in the highly competitive food and beverage industry. It costs a significant sum to launch a product in the market and with the industry becoming more and more focused on using technology for processing, production, packing designs, it is imperative for any company to look after its creation by employing intellectual property law to its advantage. We are creatures of habit and as consumers we turn to products that are recognizable because of their brand so after doing all that, It is necessary to protect one’s creation, it would seem worthless if someone was counterfeiting your brand to sell an inferior product.
The scope of intellectual property law in the food and beverage industry is immense and we will discuss this in detail in a series of articles in our newsletters. In this article, we are going to discuss the possibility of being able to copyright recipes. Can one claim creative rights over a recipe they created? Chefs and restaurateurs are artists that use the medium of food to express their creativity. A simple dish like a burger can be tweaked in several different ways to create new dishes. Can adding crushed black pepper to a dish that calls for black peppercorns make it into a new dish or would it be infringing upon the intellectual property rights of the original chef?
To answer such a question, one must first examine what is the purpose of a copyright. Is copyright a way to defend one’s creative work to as to forbid someone copying or counterfeiting it. We must note that in the food and beverage industry, being granted copyright to a recipe can be extremely convoluted.
In the United Kingdom, copyright is an automatic
right and does not require registration as long as the product is published in a perceptible form. That being said, this basically implies that a copyright could be granted to cooking and recipe books but not to recipes in those books as this would mean that anyone employing the books to recreate the recipes published would be infringing on the author’s copyright. At the same time, someone who may publish or reproduce recipes from another and present them as their own is certainly breaking the law.
On the other side of the Atlantic, the United States Copyright Office asserts that the law does not protect recipes that are listings of ingredients but the scope of the law could extend to a detailed depiction of the recipe which would include but not be limited to the cooking method, a description, explanation, or illustration, such as that found in a cookbook. The year 1996 saw the case of Publications International, Ltd. v. Meredith Corp where the US Court of Appeals vacated an injunction granted by a district court by stating that recipes generally fall under the purview of patent law and not that of copyright. The court held that in essence, recipes are to be considered procedures and processes which are to be secured by a patent and not copyright. In the year 1998, the US circuit court relied on the decision made in the Meredith case when they were presented with the case of Lambing v. Godiva where Lambing, a pastry chef, filed a case against the popular Godiva chocolatier for copying the recipe, design and development of chocolate truffle. The court adjudicated against Lambing stating that it was not possible to copyright recipes and since her instructions of the recipe had not been specific but rather vague, it was considered to be a statement of facts but not directions that were unique enough to be granted a copyright. 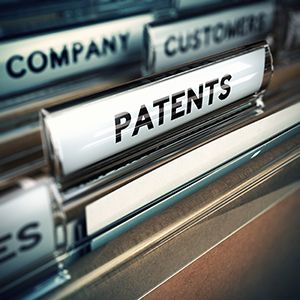 It must be kept in mind that creative works are the most difficult kinds of property to protect. A work of art that is not tangible and cannot be held or explained without the help of formulae or drawings can be difficult to copyright. It is opined by several legal and culinary experts that this industry is largely self regulating as the chefs involved are rather proud and would never blatantly copy recipes. The experts also believe that though recipes cannot be protected, there are several aspects of their business that require protection such as their logos and menus or even the general layout of their restaurant.
To conclude, we must notice that recipes and adapting them to one’s taste and eccentricity have been the custom since the beginning of time. Cooking is an art though there are several individuals who would disagree with that statement. But when we consider the likes of Wolfgang Puck, Julia Child or Mario Batali, would you consider them anything less than artists? In recent times, attempting to copyright one’s recipe is not so much about protecting the economic enrichment of a chef but rather protecting their right to be considered a creator of a certain dish. It is a detriment in the application of the law when we consider that it is impossible to protect a novel culinary idea in a dish. In the next article we will examine the role of patents and the concept of trade secrets in the ever dynamic food and beverage industry.

In his book “An Inquiry into the Nature and causes of the Wealth of the Nations”, economist and philosopher Adam Smith conceptualizes the idea that thriving economies are the consequence…

Headache? Perhaps you’d take a paracetamol. Upset stomach? Maybe an indigestion pill. Cold or ﬂu? You might consider anti-congestant medication. In the United Arab Emirates, such pharmaceuticals are easy to…