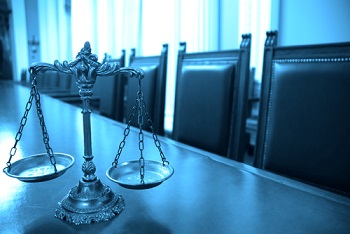 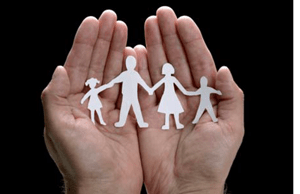 [i]. In determining whether a criminal sanction should be imposed on accused, the courts take into account several factors including the intention of the accused, willfulness, circumstantial evidence and witness testimony to name a few. My research on prevailing criminal laws of both – developing as well as developed nations seem to suggest that new forms of crime are on the rise and the courts continue to apply the guilty mind (or, men's rea) test to establish the criminal intent. Whilst crimes such as white collar crimes, information technology related crimes are on rising, one area of criminal law that has failed to gain the much-needed importance is the offenses against the family.

In the present article, I discuss the law relating to family offenses in the United Arab Emirates. It was the intention of UAE’s legislature to protect interests of the family from crimes affecting the families given that these crimes have a long-bearing effect on families in general and communities at large. The above assertion is based on the fact that although a crime may be committed against the victim, it is essentially a crime against the community whose law is violated. Part 6 (Article 327 to Article 330) of the UAE Penal Code (Federal Law Number (3) of 1987, as amended) (the Law) dealing with family-related offenses is discussed below:-

Article 327 of the Law aims at protecting interests of families as well as legal guardians of a newborn child. It is provided that i) abduction of newborn children from his or her legitimate guardian; ii) concealing a newborn from his/her legitimate guardian; iii) substituting a newborn child with other; or iv) falsely handing over a newborn to persons other than newborn’s legitimate parents will result in imprisonment. Accordingly, the above Article requires the involvement of two physical acts – a) it involves a newborn; and b) taking the newborn away from the legal custody of its parents or legal guardian making it difficult to recognize the newborn in future.  In the event there is evidence to prove that the said child was born dead, the offender will be subject to a two months imprisonment or a fine of up to 1000 Dirhams, or both.

Cases, where the guardian of a child abstains or refuses to deliver the child to persons legally entitled to the child’s custody pursuant to a court order, is discussed under Article 328 of the Law. Guardian’s failure to restore custody to persons legally entitled may result in such guardian’s imprisonment or fine. The degree of punishment falls in the present case and the main reason underlying lower punishment appears to result from the fact that a guardian has fiduciary duty towards the child and in his capacity the guardian has the choice to raise the child as long as the guardian agrees to handover child’s custody to his legitimate parent or guardian as per court order or certificate from relevant authority.

Disputes relating to child custody generally fall within the jurisdiction of the personal affairs court, but matters bearing criminal overtone may be referred to the court of misdemeanors provided however that the claimant holds an enforceable judgment to claim legal custody of the child. 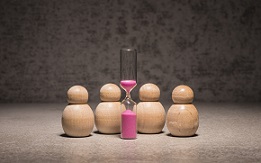 The abduction of minors by parents or grandparents with or without deceptive intent or coercion will result in imprisonment or fine per provisions of Article 329 of the law. In other words, if a parent or grand-parent abducts child or grandchild personally or through others from persons legally entitled to be a guardian of the child pursuant to a court order or by a competent authority, such parent or grandparent will be subject to above punishment. This means that the intention of the kidnapper is to bring an end to the legal relationship existing between the child and his/her legal guardian.

Finally, Article 330 deals with situations where persons against whom a judgment towards payment of maintenance or alimony has been pronounced and such persons fail to comply with the terms of said judgment within three months from the date of notice being served. This Article punishes the offender with imprisonment not exceeding one year or a fine of AED 1000/- or; both. In the event the offender settles the amount due against him or produces guarantee that is satisfactory to the complainant, the penalty provisions shall not apply to the offender.

An analysis of Article 330 suggests that these four elements must be involved to constitute a crime:-

a.   The complainant must have an enforceable judgment for alimony or maintenance;
b.   The offender must refuse payment to the complainant after a three-month warning/notice;
c.   The victim must register a complaint; and
d.  The parties must have submitted a claim before the personal status court and exhausted all procedures set forth by the law.

Before I conclude, it is worth mentioning that except for provisions contained in Article 327, the complainants must register a complaint consistent with Article 10 of the UAE Criminal Procedures Code (35 of 1992) which sets out that criminal action must be based on a written or oral complaint by the victim or his/her legal representative and within three months from the date of event in matters relating to a) refusal to hand over the custody of children to their legally entitled guardians; and b) refusal of payment of alimony, maintenance, or housing allowance to wife  or person named under court order.