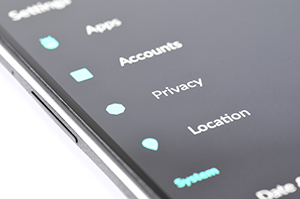 Margarida Narciso discusses the legal implications of violating private or family life of individuals under the UAE Law. Advancement in field of technology, social media and phone apps may lead younger generation to eavesdrop, resort to clicking images or videos and post them on social media. This however may affect personal or private matters of others. Continue reading this interesting article to understand the nuances and legal effects… 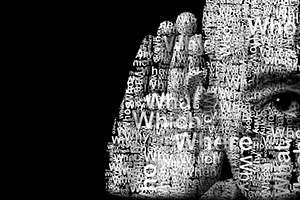 S-. told her boss that she was stealing funds from the company and he recorded the confession with his mobile phone. L-suspected that his wife was having an affair with a work colleague and asked a private detective to take pictures of them together at his villa. J-recorded with his web camera a conversation in which his gardener threatened and sworn at him.
These three stories – despite being fictitious – have something in common with many cases. S., L. and J. recorded or captured through electronic devices private conversations or scenes, without the consent of the interlocutor and accordingly, committed – even without their knowledge – in a criminal offense that might lead into their criminal prosecution.
Article 378 of Federal Law No. 3 of 1987, concerning the United Arab Emirates Penal Code as amended by the Federal Law No. 34 of 2005, reads as under:
“A person shall be punished by detention and the fine if he prejudices the privacy of the individual or family life by committing any of the following acts other than in the events as permitted by law or without the consent of the victim: a. to eavesdrop, record or transmit by any device of any kind whatsoever conversations in a private place or by way of telephone or any other device. b. to take or transmit by any device of any kind whatsoever a photo of a person in a private place…” If such acts as set forth in the preceding cases during a meeting in front of those present at the meeting, the consent of such persons shall be presumed.
The same penalty shall apply if a person publishes by any means of publicity news, photos or comments related to the private life or family life secrets of individuals, even if they are true.
The increase and trivialization of devices, models and means of recording, capturing or retaining private moments or familiar scenes has originated, to the same extent, an increase of violations of this article of the penal code. And it should be noted that most of the times the person who commits the crime does not know that he is participating in a criminal offense that can lead to detention and fine in addition to the ever-present possibility of a civil action for damages and compensation. In fact, and being something that can be considered an evidence against another crime perpetrated by the interlocutor, the holder of the recording or photography will try to use it to his favor, unaware of the possible consequences.
From the layman’s point of view, it might be difficult to explain two key points related to this topic: the first question would be why is eavesdropping, recording or transmitting not permitted or why is it considered a crime; and the second would be the reason why the recording can’t constitute an appropriate mean of proof.
The first question regarding the prohibition contained in Article 378 of the Penal Code and the penalties stated is explained essentially by the need of protection of the right of private intimacy of each person.
Back in 2014, a worker was arrested for having recorded a video with his mobile phone a traffic accident that killed 13 people involving a bus. Although it was recorded in a public place, the bodies of the victims were shown as well as the wreckage of the vehicle, a clear disregard for the privacy of those involved.
In this case it is easily understandable why the worker was arrested – and it is important to note that he breached the privacy of those involved in the accident by recording the movie, hence the crime was committed at that point, although he was caught only when he decided to disclose it to the public.
The second question – the non-acceptance of these recordings as a legal mean of evidence - can be a little harder to understand, especially when the file would likely evidence the commission of a crime.
If we look into a 2011 decision issued by the Ras Al Khaima’s Court, we will verify that a woman has been sentenced to one month in jail – that has been suspended – and a fine of AED 200/- (UAE Dirhams two hundred), for having revealed and given to police that she has recorded a telephone conversation in which a man who she had hired and paid to provide her a service confessed he didn’t do so, despite having received the full payment. By doing so – recording the call without the other party’s consent or legal authorization (that has to be given by Public Prosecution, in advance, which in most cases is not easy to obtain), incurred the crime of breach of private life and was, eventually, convicted for the same.

In 2013 a similar case was reported by the media: a situation where the physical attack of a driver by a government official was filmed by another driver, whom later uploaded the video on Youtube. The latter was detained by police and charged with violation of privacy.
It is important to note that, in fact, in both cases recordings would not be admissible as evidence against the offender in court - it should be stated that the law prohibits the record of sound or image of a person without his consent or without legal authorization. Furthermore, it is interesting to highlight that in the second case, the video became public because of its public disclosure and hence the violation of the privacy is more obvious, however, even if it had been only shown to the police - as in the first case, both will be considered crimes.
UAE Law No. 35 of 1992, concerning the Criminal Procedural Law, in its article 221, clearly states: “The procedure is void if the law expressly provides for its voidance or if defective to the extent that the procedure did not reach its objective.” This means that if we use something illegal to proof a fact, the evidence itself will be illegal, and accordingly, it won’t be considered by the Courts.
The Dubai Court of Cassation in Case 67 of 2007 (decided on 20 May 2007) has held that “Under article 269 of the Law of Criminal Procedures, a conclusive judgment passed on the merits of a criminal action (whether relating to acquitting or convicting), will have probative (to seek proof or evidence) force or effect by which the criminal courts are bound. Such probative effect is restricted to the facts necessarily determined for the purposes of passing judgment therein, with regard to the occurrence of the physical act forming the basis of criminal liability, its legal description, and the attribution thereof to the doer.”1
Hence, in the first case by recording the conversation, or in the second by recording the video,  and even if they evidence crimes, those who made it used illegal and unlawful means, and therefore, should not constitute or be accepted as a legal mean of proof in one hand, and in the other should originate a criminal action against them. 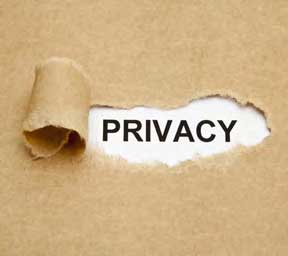 The United Arab Emirates, although is relatively newly regulated legal market, has witnessed a considerable number of violations of this penal code article – the huge amount of available technological devices leads to an obvious increase of situations in which private intimacy is breached, through recorded telephone calls, in-person conversations recorded by video capturing sound and image, that later will be used or published without consent of the victim. And, despite this trivialization being in most of the cases useful, the fact is that might be cases that it became a problem for the person who shot them.

We can’t forget that the law - and specifically this article 378 of the Penal Code – over all exists to protect people and their privacy. This prohibition will avoid, in most of the cases, public judgments: the video, photography or recording, decontextualized, will probably transmit a wrong or different overview of the facts and of the situation itself. It must be borne in mind that the statement of witnesses is accepted in court and is one of the most used legal means of evidence in court, opposite to what happens with these recordings.
It is also important to refer that, in its last paragraph, the article 378 of the Penal Code also states that “the devices and other objects that may have been used in perpetrating the crime shall, in all cases, be confiscated and an order shall be given to erase all relative recordings and destroy the same.”
So if you have recorded, have been the victim, witnessed and filmed or by any means captured some act or fact, whether it constitutes a crime or not, and you are not too sure whether you should use it or not, do not hesitate ... consult your lawyer!