Spotting the Fake: Forgery under UAE Law  (Part 1 of 2)

The creation of an idea, a work of art involves persistence and a visionary acumen, to say the least. Such is the allurement surrounding element of individuality that it has continued to lure the less privileged into forgery from time immemorial. Economies have implemented sophisticated legislations to counter forgery and have been reported with more sophisticated means of forgery time and again. Abdel Ghany from STA’s litigation team discusses the legal implication on forgery in the context of UAE Law (UAE Law of Evidence in Commercial Transactions (Federal Law Number 10 of 1982) and UAE Federal Law Number 3 of 1987 on Issuance of the Penal Code). Part 2 of this article will be published in the next issue. 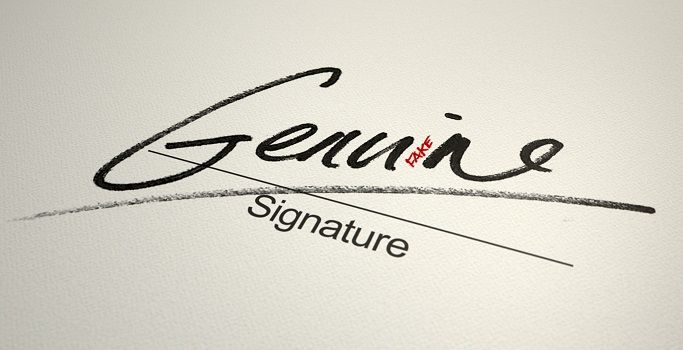 According to the Law of Evidence in Civil and Commercial Transactions Federal Law Number 10 of 1992 (the Law), the burden of proof is on the claimant which is an established principle and also stated under Article 1 of the Law. The law provides that the claimant or person claiming the fact is duty bound to prove his claim and the defendant shall have the right of denial.

The first proofs of evidence to substantiate the facts are the official and/or customary documents. It is also established in law that official or public documents, being created by a public official are deemed to be a proof against all litigants, including what is proved unless falsified by methods stipulated by law. The customary document, being the document created by parties, is a proof among the parties only, but for others, it shall not be deemed evidence, except for certain conditions. For instance, the official document may create right in rem and a customary document may create only right in personam.

The basic principle of evidence is that the customary document shall be deemed to be issued by those who signed the same unless the person expressly denies his/her handwriting, signature, stamp or fingerprint. However, if the person cites the document in court or replies to it without any objection or relies on such document in court, he will be considered to have acknowledged the authenticity of a document and cannot deny the admissibility of the document per se. Further, in the event the document is forged, such person must challenge the document. Similarly, if opponent declared authenticity of the stamp used in the customary document but denied impress, he shall have the right to challenge for forgery.

It is imperative to note that customary document’s origin being general and not official it is sufficient to just deny for excluding the effect of a customary document, but it may not be sufficient in all or certain cases. In such cases, the challenge for forgery to deny such forged document is essential and one must prove forgery in the documents.

First - The Definition of Forgery in Documents

Forgery is defined under Article 216 of the Federal Penal Code (UAE Federal Law Number 3 of 1987 on Issuance of the Penal Code):

“The forgery of a written instrument is to alter its reality in one of the manners described herein below,     so as to cause prejudice, with the intention of substituting the false for the genuine instrument.”  The seven methods stated to be considered as committing the crime of forgery is:

1.      “To alter a genuine instrument, whether by adding, or removing or changing any of its written parts, numbers, marks or pictures.

2.      To falsely sign or place a forged seal, or to alter a genuine signature, seal or imprint.

3.      To obtain by surprise or by fraud the signature, seal or imprint of a person who ignores the contents of the instrument or who has not validly given his consent thereon.

4.      To make falsely or imitate an instrument and attribute it to another person.

6.      To assume the name of another person or to substitute it in a document which has been prepared specifically to prove the identity of such other person.

7.      A material alteration of writing with a deceitful and fraudulent intent, preventing, therefore, the genuine intent of the instrument from being achieved.”

In the above context it can be concluded that there are two types of forgery namely material forgery and moral forgery which are explained below: 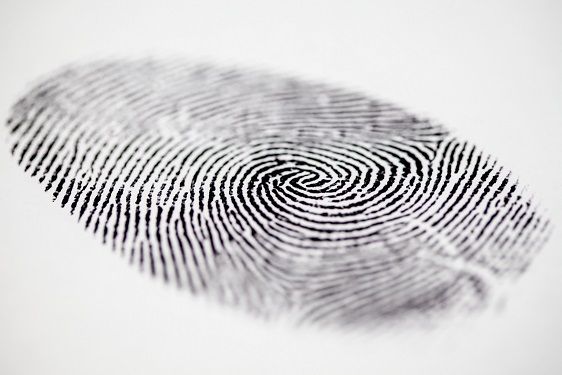 Material forgery:  A material forgery takes effect when a material change in the document is made by the forger that can be comprehended by sense such as eyes, whether by way of addition, deletion or modification in the existing original document or by way of creating the new document(s).

Moral forgery: A moral forgery is said to be conducted when a forger creates a change in the meaning, content, and circumstances at the time of editing but not in material or form as editing articles or statements other than those made by the contractual parties. For instance, someone impersonating someone else in the contract or employee makes statements about a person in a document contrary to what he said or, stating that he took bribes or money while he has not received any money.

Let us consider this example: To prove false statements as true or to say that person knows about the facts which are not recognized or with which he is not acquainted with. For instance: A woman (Fatima) declares falsely that she is a real person i.e. a person she claims (Afreen) before official bailiff or a notary public and her statement is registered and the transaction is made on that factual basis, however in real circumstances she is pretending to be (Afreen) another woman. Further, while pretending to be another woman (Afreen) Fatima says that I am Afreen and receives an amount and signs as if she is Afreen. If Fatima says she is Afreen it will be an oral forgery but if she also signs pretending she is Afreen it will be oral as well as material forgery.

Material forgery can be easily exposed and proven as contrary to the moral forgery, which may be tricky to perceive and at the same time difficult to prove.

Any material and moral forgery made by the forger whether used or not used by forger can be attributed to the person who created the document. To exclude the impact of such document, several methods can be employed including denial which is sufficient in certain cases to exclude the impact of forged document, but in other cases, denial may not be completely useful unless challenge for forgery is also filed. The Courts have held that ‘the criminal intent in the forgery offense is realized by the intention to change the truth in a document.[i]’

This article now proceeds to discuss matters involving denial in forgery claims and challenging claims based on the forgery.

Pursuant to Article 11 and 23 (1) of the Law of Evidence (UAE Federal Law Number 10 on Evidence in Civil and Commercial Transaction (Issued on 15 January 1992) and amended by Federal Number 36 of 2006 dated 9 October 2006, mere denial of a person is enough in the case of the customary document which may be challenged for forgery while contesting the writing, seal, signature or fingerprint. Hence, it is for the other party relying on the document to prove its authenticity and thereby the onus of proof shifts to the person relying on the document.

The Court of Cassation in Dubai adjudicated the following in this regard: It is established in the judgment of this court that Article 11 and 23 (1) of the law of evidence that mere denial by a person is enough and the official or customary document, may both be challenged for forgery, while contesting the writing, seal, signature or fingerprint which applies only to informal documents until proven by opponent who holds onto its authenticity of signing the document. As the opponent is the one who is responsible for the burden of proof in this case and there is no necessity to take the person who denies challenging for forgery on what was attributed to him as his signature[ii].

On 19 November 2012, in Appeal Number 93 of 2012 of the Court of Cassation ruled that a person who denies what is attributed to him by signing the forfeit authentic document then the other party has to prove the signed document that is - the party who seeks to rely on such document must prove its authenticity.

The second sequence of this two-part article will focus on matters involving Challenging Claim for Forgery, Procedures for Challenging Forgery under UAE Law, and some interesting court precedents passed on forgery laws by Dubai Courts of Cassation, Abu Dhabi courts, and the Union Supreme Court.