Role of Forensics In Criminal Investigation in the UAE

Role of Forensics In Criminal Investigation in the UAE

“Fingerprints cannot lie, but liars can make fingerprints. Jekyll’s finger patterns remain the same when he transforms himself into Hyde.” 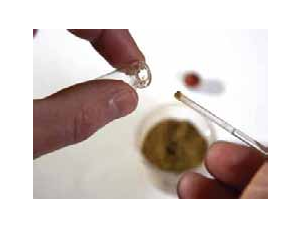 The unconscious human will step, touch and leave a witness behind. This is the evidence that cannot be dismissed, cannot perjure itself or be swayed by emotions. Changes in forensic science have impacted not only the way forensic science results affect case resolution but what type of evidence can be analyzed from the crime scene. For example, changes in DNA technology have allowed analysis of smaller samples and degraded samples i.e., cigarette butts or sweat from a tee-shirt that otherwise might have been ignored. Because of the increased sensitivity of DNA analysis, Police Officer and Crime Scene Investigators must be aware of the potential for cross-contamination adopt clean techniques when collecting and handling evidence.

Forensic science is a union of principles of science and those of law. Forensic professionals employ the strength of their scientific backgrounds to enable law enforcement to solve crimes. In the year 2012, the Department of Criminal Evidence and Criminology, United Arab Emirates had delved into 8,817 cases of the highest importance and collected the tiniest clues that could make or break a case when it lands in the court. In the United Arab Emirates department has grown leaps and bounds and now is of intrinsic value for achieving justice. This in itself explains the significant role of forensics in criminal investigations in Dubai and the UAE.

In comparison to physical evidence forensic science is almost never wrong and will always stand strong in the face of a perpetrator. It is factual evidence that cannot be refuted and only diminishes in value at a human failure of discovering, studying and understanding it. The forensic evidence is one of the departments of scientific importance in achieving justice through the establishment of physical evidence that raise from the scene as tracers that are dealt with in the laboratory to convert it to physical evidence of benefit in denial or proof considering that criminal evidence is the main fundamental proof for issues at the police or the Bureau of Investigation and Prosecution of public and judicial authorities and the courts according to the crime scene. In addition, all competent authorities benefit from the expertise of forensic science to clarify the facts as well as its role in the registration criminal records on its committees.

Forensic linguistics, legal linguistics is the application of linguistic knowledge, methods, and insights to the forensic law, language, crime investigation, trial, and judicial procedure. There are three areas of application for linguists working in forensic contexts. They are as follows: 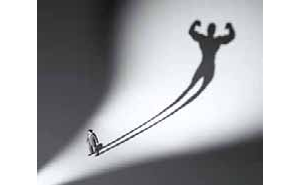 The area of forensic linguistics involves a wide range of experts and researches in different parts of the field. Forensic linguistics is diverse and occurs in the following areas: emergency calls, ransom demands or other threat communications, suicide letters and death row statements.

One of the principles that govern criminal proof in the UAE is that the Criminal judge has full freedom in considering any evidence it deems appropriate as per the principle of "freedom of the judge's criminal conviction," the court can mull over all perspectives that lead to convicting a criminal.  In addition, the Code of the Federal Criminal Procedure confirmed the previous principle by stating that: “The court may order on its own during the hearing of the case to request or demand any evidence that it deems necessary to establish the truth.”

In a recent case before the Dubai prosecution, forensics played a significant role in attaining a guilty conviction for a stepmother who was accused of assaulting her four-year-old stepdaughter and causing her death. The stepmother told the court that the girl had fallen off her bicycle which had resulted in her death but forensics told a different story. The verdict is up for an appeal but the court of the first instance has found the woman guilty and sentenced her to ten years in prison followed by deportation.

Furthermore, the experienced scientific discoveries continue to serve as a revolution in the field of criminal investigation, including the division of forensic evidence and denials. This division is important for the forensic specialist, as well as the investigator and they, are divided into two parts in this account evidence to prove any evidence to deny.  For the purposes of evidence of Proof, it has to be a strong and conclusive and one of its characteristics is that they need to be direct evidence, it is their strength that proves the responsibility of the accused of the crime in criminal cases, for instance, if we found a weapon, which proved to be the murder weapon (DNA) samples in the possession of the accused, it is the evidence of his conviction. Likewise in exculpatory evidence, it proves denial of the conviction of the accused and may be used in mitigating the sentence if the evidence weren’t that strong. One of the clearest examples is the blood type and is more than the former evidence as an evidence of denial however not suitable to become the evidence of proof.

The rapid advancement in technology has left no stone unturned, however, there are limitations. The forensic science also needs appropriate strategies to manage the workloads and the probity and analyses of the evidence to the satisfaction of the public. In the most situations, the investigative question has a direct impact regarding which evidence is analyzed and in what priority. Therefore it can be concluded that in addition to increase resources, such technological advancements are needed before the role of forensic science can be effectively moved from the “end” to the “front” of the investigative process in the criminal justice system.