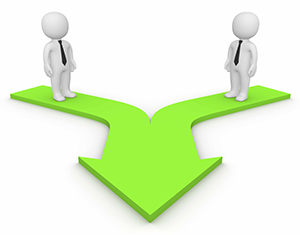 Evolution has created several ways of defying the unsettling consequences of disputes. In the animal kingdom, where survival is dependent on mutual respect, harmony, and assistance, there is a need to maintain beneficial relationships. For example, chimps kiss and embrace after fights. As we have evolved, so have our dispute resolution methods. Arbitration is a significant development in the way trade disputes gets settled between two parties. In this article, we will discuss the evolution of the Abu Dhabi Commercial Conciliation and Arbitration Centre (the ADCCAC) and its policies and procedures and broadly clarify the law governing arbitration in Abu Dhabi.

We must take note that parties that are desirous of employing 'arbitration' as a preferred choice of dispute resolution mechanism must incorporate a model clause into their contracts and agreements. This arbitration clause must categorically set out that in the event of any dispute(s) that is a result of the execution, interpretation or termination of the contract, the parties will attempt to resolve the difference or dispute in agreement with the Rules of the ADCCAC.

The first step for either party is to file a request for arbitration to the ADCCAC with details such as names, addresses, means of communication for the parties to the dispute along with several copies of documents and relevant supporting materials. The ADCCAC collects a fee of one thousand dirhams at the time of the request for arbitration. This fee is nonrefundable even if the application is withdrawn or not pursued. The respondent is granted twenty-one (21) days from the date of receiving the request with his preliminary defense along with relevant supporting evidence or any objection concerning the validity or applicability of the arbitration agreement. The respondent also has the right to include any remarks or comments he may have regarding the number and choice of arbitrators in case these issues have not been agreed priorly upon by the parties. The Respondent also submits his appointed arbitrator’s details, any comments regarding the venue and language of arbitration along with any counterclaims or any demands associated with the dispute. Importantly, at this stage, the failure of the respondent to reply to the arbitration request or designate its arbitrator within the time-frame of 21 days shall not prevent the ADCCAC from commencing the arbitration proceedings. It also does not prevent ADCCAC from appointing a panel in case the arbitration agreement provides for the parties to designate its arbitrators and the respondent has failed to do the same. This failure would mean that the 'respondent' has waived the right prescribed for appointing its arbitrator. The director of ADCCAC may grant the 'respondent' an additional fourteen (14) days to submit his response at his discretion.

If the agreement between the parties specifies the number of arbitrators, the center will allow for the same number, but in case this has not been agreed to, the default is the appointment of a single arbitrator. The individual/s nominated as the 'arbitrator' must indicate in writing his/her acceptance or state any facts such as conflict of interest which may prevent their neutrality to the matter at hand. In the course of the arbitration proceedings, if there exist new circumstances that may affect his/her impartiality or independence, the arbitrator must state the same at the earliest available opportunity. That said, once the arbitrator's appointment and acceptance take place, such appointment cannot be contested (unless there are clear circumstances giving rise to justifiable doubts over arbitrator's neutrality or independence). A challenge request has to be submitted in such event to the director of the ADCCAC stating the reasons for the contesting the appointment along with supporting documents and evidence within a period of fourteen (14) days from the date of the challenged party is well-informed of the arbitrator’s appointment. If the concerned 'arbitrator' does not step down, he shall submit his observation to the director within a period of ten (10) days from the date on which he receives the challenge notice.

An arbitrator can be replaced by another in the course of the arbitration proceeding in the event of death, renunciation or upon the party’s agreement to dismiss him or upon the committee’s acceptance of his challenge by the previous article, or upon terminating his task under the following paragraph.

According to the revised rules issued in the year 2013 by the ADCCAC, the language of arbitration should be Arabic unless the parties have agreed otherwise. If the disputing parties have previously agreed to the application of the law of a particular country, the substantive rules of that territory shall be applied provided they do not conflict with the regulations of the country. In all cases, the arbitrator decides the disputes in line with the terms of the contract and takes into consideration the related applicable commercial laws and customs. 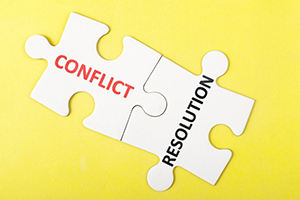 In cases where the parties have not agreed on the venue for arbitration, the Emirate of Abu Dhabi shall become the default venue for resolution of disputes (unless another place has been specified by the committee taking into consideration all arbitration related issue and circumstances including the observation of the parties). In all cases, the arbitral award shall be deemed as rendered at the venue of arbitration.

The Centre shall in return for services provided by it collect a proportional fee of 15% calculated on the fees of the arbitration panel’s specified in Article 43 or Article 44 as applicable.

In the course of the arbitration proceedings, if the parties (themselves or through their lawyers) reach a settlement, the terms of such 'settlement' should be submitted to the panel. In such cases, the panel issues an award on the mutually agreed terms of the amicable terms of the settlement thus bring the arbitration proceedings to a close. The consensual award has the same binding force as that of awards that are adjudicated in the process of arbitration.

We must understand that alternative dispute resolution mechanisms such as arbitration have gained momentum in all jurisdictions not only because they are deemed cost-viable but also because these methods seem to provide better opportunities for the parties to come to a mutually beneficial settlement. ADCCAC since its inception has revised its rules which saw a particular increase in the number of cases being registered at the center especially those related to real estate and construction disputes. As the methods of dispute resolution have evolved so has the ADCCAC. In our experience with the center, it allows a streamlined and beneficial approach which will continually contribute to its success.