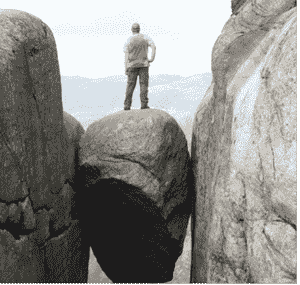 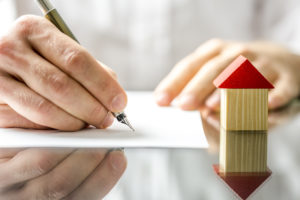 Questions that are generally debated these days within business and legal diasporas pertain to the recession aftermath. These questions seek to inquire matters such as i) what led to the recession, ii) could it have been prevented and; iii) what do we learn from this precedent? For instance, let us consider the case of Royal Bank of Scotland. The bank’s market valuations soared to extreme high levels until 2008 making it a global banking powerhouse. The 2008 crisis however changed the bank’s financial position leading it to collapse in the arms of the British state for a high price of USD 32 billion. Economists and experts speculated and continue to comment that this event has marked the biggest failure in UK’s banking sector.

Many of the property investors in today’s market turn to a bank to avail mortgage facility. The cumbersome administrative policies of banks backed with detailed AML and KYC policies leave investors with very little time to carefully read through the fine print in mortgage contracts and understand the implications that may arise. In this article we examine the implications arising out of a commonly used financing module referred to as ‘ijara’ within the Islamic finance domain.

The banking sector operates across several verticals, one such vertical being Islamic finance. The products offered under Islamic finance are designed or structured under the fabric of Sharia Law. Sharia is not a codified law but inspired by religious teachings and the holy book, the Quran.

On a more specific note, ijara by way of an explanation means lease, rent or wage. The concept of ijara refers to selling the benefit of use or service for a fixed price or wage. Pursuant to this form of an arrangement, bank makes available to its customer the use or occupation of assets (purchased by customer and financed by bank) for a fixed period and price.

Within the United Arab Emirates, ‘ijara’ has been linked to real property transactions whereby banks enter into a forward lease agreement to finance its clients’ property. Under this arrangement, property is financed by the bank on long term basis and the borrower pays fixed monthly rentals. The lease rentals are structured in a manner that upon conclusion of the lease term, the bank recovers purchasing cost and profits. In return, the borrower gains title to the property by way of a gift or related disposition.

To illustrate a case study, a property investor invoked arbitration clause to claim compensation worth AED 12million against a property developer for delaying handover of a commercial property by more than five years. The claim for compensation included borrowing costs incurred by the investor towards ijara form of mortgage availed from one of the local banks. In the present case, the developer challenged the legal capacity of the investor. The developer relied upon the sale and purchase agreement (the SPA) and cited that the mortgaging bank was named as the purchaser under the SPA. Accordingly, the investor had no valid agreement with the developer and consequently it had no power to bring proceedings based on arbitration clause under the SPA. The legal question that arises from above case study is whether the investor infact has any legal right to bring an action on his own?

Article 258 (1) of the UAE Civil Code states – “The criterion in (the construction of) contracts is intention and meanings and not words and form’. Bank’s principle business is that of accepting deposits and granting loans. Under an ijara agreement, bank does not intend to assume ownership rights in the property purchased but instead acts as a financer to facilitate the transaction on behalf of its borrower.  Article 245 of the UAE Civil Code sets out “In the case of commutative contracts to derive benefits from the property, provided the conditions for validity thereof are satisfied, the person dealing in the property shall have the obligation to deliver it to the usufructuary, and the usufructuary shall have the obligation to deliver considerations for the benefit of the owner of the property’.

A Dubai court recently voided an ijara agreement on the grounds that it represented not a lease, but a sale contract and the asset being sold was not completed at the time developer started collecting payments. A similar decision was passed by Dubai courts in 2010. In appeal number 268, 290/2209, the Dubai Court of Cassation has held that ‘relationship between parties extends to more than what is written on paper, it is at the discretion of the judge to consider the relationship between the parties and determine the rights of each party.’ Article 248 of the Civil Code permits a judge to treat a contract void if such contract is made by way of adhesion or contains unfair provisions.

In terms of the SPA, it may be argued that both bank and investor share similar set of obligations. Whilst bank continues to fulfill payment obligations to developer, the investor continues to pay consideration to bank in addition to service charges and maintenance fees. Importantly, investor has ‘inherent interest’ in the property, whereas bank does not. The investor is in fact the successor in title and it can be argued that an assignment exists by virtue of Article 1109 of the UAE Civil Code. The successors and assigns provision is part and parcel of commercial contracts and inserted in almost every agreement. An assignment is effected once a party transfers its right to a third party allowing third party to accept other party’s performance. To this effect, Article 251 of the UAE Civil Code states that “If the contract gives rise to personal rights connected with a thing transferred thereafter to a special successor, such rights shall be transferred to such successor at the time at which the thing is transferred if it is one of the appurtenances thereof and the special successor was aware of those rights at the time of transfer of the thing to him.”

(1) It shall be permissible for a person to contract in his own name imposing a condition that rights are to enure to     the benefit of a third party if he has a personal interest, whether material or moral, in the performance thereof.

(2) Such a condition shall confer upon third party, a direct right against the undertaker for the performance of those     conditions in the contract enabling him to demand performance thereof unless there is a contrary agreement, and     such undertaker may rely as against the beneficiary on any defences arising out of the contract’

(3)The person making the condition may also demand the performance of the condition in favour of the     beneficiary, unless it appears from the contract that the beneficiary alone has such a right.”

The Dubai Court of Cassation delivered a landmark decision in 2000 (Contract of Supply and Installation of Mechanical, Electrical and Sanitary works, between the Main Contractor and a Subcontractor) whereby it ruled that if the arbitration agreement is incorporated in the main contract, and one of the parties to the main contract assigns its rights and obligations under such contract to a third party who consents to the assignment, whether in an express or implicit manner, the assignee will replace the assignor in his commitment to the arbitration clause. (Dubai Court of Cassation – Cassation Appeal No. 537 year 1999 – 23/04/2000).

Litigation involving banking and financial claims may sound stressful to some but the courts in UAE have restored investor’s sentiments by applying the letter of law.