Imagine that X transfers some money to Y online. After a couple of months, X approaches Y and asks him to repay the debt. However, Y refuses, alleging that the money had been a gift and he was under no obligation to repay it. Neither X or Y is able to provide any evidence proving that his understanding of the transfer is the correct one – therefore how do the courts decide whether Y must repay the money or not? Understand the nuances of UAE Banking Law in this article written by STA's Banking Lawyers in Dubai

The reason this question has been asked is obvious – throughout the world, thousands of people have been subject to fraud. Despite the oral and undocumented agreement that may have been reached between parties, if funds are transferred from one party to another there is often no way of proving the intention of the proceeds of the transfer. What happens in the following scenario: –

a– An act of someone transferring money to other in a case where no contract exists between the sender and receiver;

b– or case where someone transfers monies towards investment in a project and no contract exists between the sender of monies and the beneﬁciary thereof, and

c– can the sender claim refund of monies once the transfer has been eﬀected?

The objective of this article is to answer questions posed above and other technical matters surrounding bank transfers, indebtedness, and related aspects.
At the outset, the matter relates to the law of evidence in the ﬁrst place as it is required that the transferor asks the beneﬁciary to conﬁrm the value or amount that may need to be transferred. If transaction relates to loan or investment in projector; a case where payment is a consideration towards the sale of goods or services, the burden of proof shall be on the transferor, who should provide evidence to conﬁrm his claim is bonaﬁde. To this eﬀect, one must place reliance on Article 1 (1) of the Federal Law number 10 of 1992 on the Issuance of the Evidence Act for Civil and Commercial Transactions which sets out that any person intending to bring an action against another shall be responsible and must prove his claim with satisfactory evidence.

Article 1 (1) – reads as “The plaintiff shall prove his claim and the defendant shall rebut it.”

The plaintiﬀ here is not only any natural or moral person bringing the claim, but it is any person making a legal allegation, either plaintiﬀ or defendant. The court of cassation rules in this regard:

“The court has ruled that the plaintiff is obliged to present any evidence for its claim either as an original plaintiff or a defendant in the claim”.

Clearly, evidence must be provided in any claim failing which recipient of money does not acquire the status of the debtor. To this eﬀect, one may place reliance to Article 37 of the UAE Civil Transactions Law (Federal Law number 5 of 1985) (or; the UAE Civil Code) stipulates: 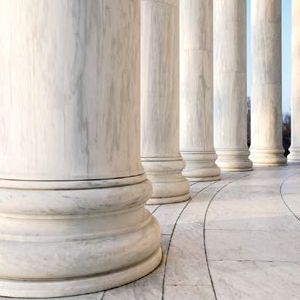 “There is a presumption that an obligation has been discharged.”

Of course, pursuant to the rules of evidence X shall not only need to prove that he is owed a debt by Y but shall additionally need to evidence the value of the debt. Traditionally bank transfers are not a method of signifying indebtedness, because they are payment instruments, rather than indebtedness bonds. However, nowadays people pay their debts via bank transfer instead of giving cash money. Article 380 (1)  of UAE Federal Law Number 18 of 1993(the Commercial ….. “operation pursuant to which the bank enters a specified sum in the debit side of the account of the person who has ordered the transfer following a written order from such person, and in the credit side of another account.”

The Commercial Transactions Law has caused bank transfers to be regarded as a payment method and not an indebtedness bond under more than one provision, including:

1) Article 380 (3) …. the transfer of a specified sum from the account of one person to another person’s account, each of whom have an account with the same bank or in two different banks”

2) Article 384 (1)…. which sets out that, “The beneficiary shall acquire ownership of the bank transfer value as of the time it is entered in the debit side of the account of the person ordering the transfer; the latter may countermand the transfer order until the foregoing entry is made.”

Accordingly, the law considers bank transfers as a means to pay and is not in eﬀect an indebtedness bond. To this eﬀect, it must be highlighted that the transfer order may be canceled by the transferor at any time prior to the debt being made. And although the beneﬁciary will assume ownership of the funds at the point of transfer (not receipt),

Article 385  states that “ if the transfer has been arranged in pursuance of the settlement of a debt, the debt shall remain outstanding (with all securities and supplements) until such a time that the funds are received in the account of the beneficiary.”

‘the fact that a bank transfer is originally made through the transferor in fulﬁllment of its obligation towards the beneﬁciary does not ﬁt just upon proving the indebtedness of the beneﬁciary in its value paid to the transferor.’ In other words, if the sender transfers monies to the account of the recipient, the general presumption would be that such payment by the sender is towards the settlement of debts owed to the recipient or in return for goods or services provided by the recipient to the sender.

Pursuant to the foregoing, we may conclude that in cases whereby X makes a pure bank transfer without giving reasons, X may not seek a refund of the same on the grounds that the bank transfer originally pays the debt. The payment transfers from the debtor to the transferor to the creditor to the beneﬁciary.

The question posed now is“Is this provision absolute, with no exceptions”?

The answer is no, as the previous rule may establish the opposite, namely the proof that a bank transfer is made for other purposes or reasons save for the payment of a debt. Accordingly, the previously referenced award concluded the rule stating: “…. And it [the transfer] does not prove the indebtedness of the beneﬁciary unless the transferor presents an evidence for that”.

The rule that can be concluded is that the transferor, if able to prove that he is not paying a debt may claim a refund where he can additionally prove that the transferred funds have not been used for the agreed purpose by the beneﬁciary (where he has evidence of the said agreed purpose). In other words, if X makes a bank transfer to Y for investing such funds in a certain project, and X can prove that the bank transfer is made for the sake of investment, the Court may order Y to refund the value of the bank transfer if Y has not invested the funds as agreed. Such refund is subject to the terms and conditions of this investment.

If the agreement states that X incurs the loss and gain, namely if the investment brings proﬁts, Y will refund the value of the bank transfer, in addition, the share of X in the proﬁt. But if the investment incurs the loss, the loss portion of X is deducted from the returned bank transfer thereof. Each case will have its own facts and circumstances.