If you can shift your thinking away from merely selling and into building trust instead, even if it costs you a few bucks in profit, you’ll begin to see opportunities you never imagined once you understand what it means to ‘wow’ that customer by giving them more than they expected!

Promising an incentive to stevedores to discharge a vessel in a timely manner, giving a bottle of whiskey to a customs official to avoid delays, or offering a large box of cigarettes to a port agent so as to receive special treatment. Activities such as these have always run the risk of falling foul of the criminal laws.

“Where a limited company is an employer difficult questions do arise in a wide variety of circumstances in deciding which of its officers or servants is to be identified with the company so that his guilt is the guilt of the company…. A living person has a mind which can have knowledge or intention or be negligent and he has hands to carry out his intentions. A corporation has none of these: it must act through living persons, though not always one or the same person. Then the person who acts is not speaking or acting for the company. He is acting as the company and his mind which directs his acts is the mind of the company.

The concept of corporate criminality has always been complex as it forges a link of the criminal law and the corporate forms, where the latter was developed in the context of natural person and to punish their acts and the former can only be served by the actions of human within the matrix of hierarchies, structures, policies and attitudes. Legally, it is intractable as to what degree the crime has been committed and what shall constitute a crime committed by the corporation. However, in the recent past the approach to admeasure a relation between the corporation and its employees and agents, has developed a legal fiction that the state of mind of employees and agents can be said to be the state of mind of the corporate entity.“{3}_4}

The United Kingdom (UK) has clear regulations in place dealing with corporate misdemeanors. The two statues which play the most crucial role to neck this are the Corporate Manslaughter and Corporate Homicide Act 2007 (CMCHA) and the Bribery Act 2010 (Bribery Act) - both of which focus attention on the management systems and controls of a corporate entity. It has been said by one of the jurists that “It doesn’t matter who you are, what you do, if you break the law there will be consequences.”

In particular the Bribery Act, which imposes liability for failure to prevent an act of bribery unless the entity demonstrates that it had adequate procedures in place to prevent such an act occurring, is a considerable change in the approach towards corporate criminal liability. An important feature of the new Bribery Act is its extra-territorial reach and its application to non-UK companies. A foreign company which carries on any "part of a business" in the UK could be prosecuted under the Bribery Act for failing to prevent bribery committed by any of its employees, agents or other representatives, even if the bribery takes place outside the UK and involves non-UK persons.

A bribe is paid or received where one person provides a benefit to another person with the aim of inducing another person to do something which is improper in the eyes of a reasonable person in the United Kingdom. An offense will be committed even where the bribe is only offered or solicited, but not actually transferred. For a person to commit the active bribery offense, there has to be intention, knowledge or belief on the part of that person in addition to the giving of the bribe. Both the active and passive offenses incorporate the notion of "improper performance", or "wrongfulness element" as it is described in the Prosecution Guidance. The key to whether an offense has been committed is the connection between the bribe and this "wrongfulness element"; without the connection, no offense is committed. 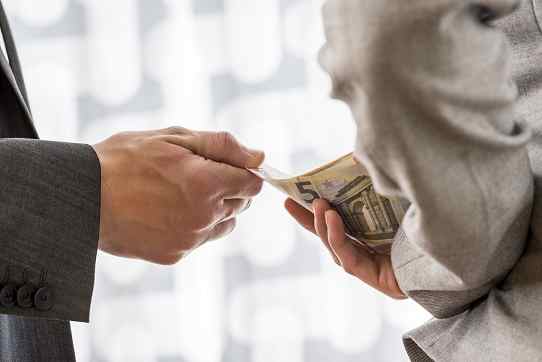 The Bribery Act 2010 received Royal Assent on 8 April 2010. The Bribery Act creates a new offense under section 7 which can be committed by commercial organizations which fail to prevent persons associated with them from committing bribery on their behalf. It is a full defense for an organization to prove that despite a particular case of bribery it nevertheless had adequate procedures in place to prevent persons associated with it from bribing. Section 9 of the Bribery Act requires the Secretary of State to publish guidance about procedures which commercial organizations can put in place to prevent persons associated with them from bribing. This guidance sets out the common approach of the Director of Public Prosecutions, the Director of the Serious Fraud Office (SFO) and the Director of the Revenue and Customs Prosecutions Office to the prosecution in England and Wales of corporate offending other than offenses of corporate manslaughter. Offenses under the CMCHA are prosecuted by the CPS, which has issued separate guidance on those offenses.

In order to determine the liability of the corporate, there are mainly two principles which are relied upon as:

1.      {C}{C}{C}{C}{C}{C}{C}{C}The first technique is the "identification principle" whereby, subject to some limited exceptions, a corporate may be indicted and convicted for the criminal acts of the directors and managers who represent the directing mind and will and who control what it does. This concept has developed over decades and in the case of an offence involving proof of a mental element (mens rea), such as many corruption offences, it is possible to combine proof of the act itself (the actus reus), on the part of an employee or representative of the company who would not form part of the controlling mind with proof of mens rea on the part of a person who does form part of the controlling mind.

2.      {C}{C}{C}{C}{C}{C}{C}{C}The second technique of vicarious liability was used from as early as the nineteenth century. Although, in general a corporate entity may not be convicted for the criminal acts of its inferior employees or agents, there are some exceptions, the most important of which concerns statutory offences that impose an absolute duty on the employer, even where the employer has not authorised or consented to the act. Wherever a duty is imposed by statute in such a way that a breach of the duty amounts to a disobedience of the law.

Insight to the Office of Serious Fraud Office 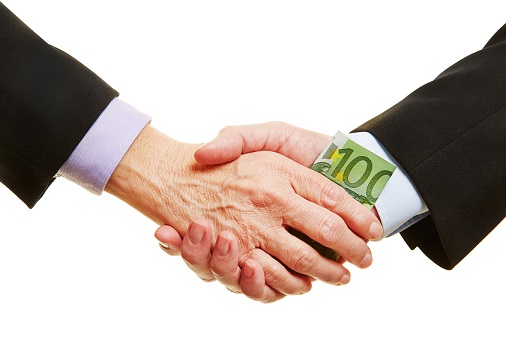 The SFO was created and given its powers under the Criminal Justice Act 1987 and was established in 1988. The SFO investigates and prosecutes serious and complex fraud, bribery and corruption. The SFO encourage companies to self-report (on 1 November 2011 the SFO introduced a new service, "SFO Confidential", in order to make the process of reporting corrupt practices easier)  their wrongdoing and the promotion of such behaviour was one motive behind the introduction into UK law, in February 2014, of deferred prosecution agreements (“DPAs”). These agreements provide a procedure by which commercial organizations that uncover financial wrongdoing within their enterprise can agree with the SFO to a series of civil penalties (such as a fine, payment of compensation, review and monitoring), in return for which the SFO agrees not to pursue a criminal prosecution.

The SFO also works collaboratively with UK Government departments, including our superintending department, the Attorney General’s Office, the Home Office and Ministry of Justice, and with overseas partners, such as the US Department of Justice, on matters where there is a common interest.

Recently the SFO has opened an investigation into Tata Steel Ltd over allegations related to certificates used to verify the composition of products. Mumbai-based Tata Steel, which is seeking to sell its UK businesses, referred itself to the fraud office after an internal audit that suggested inappropriate testing and certification.

The Legal Position in the United Arab Emirates

In theory, a corporate entity may be subject to any crime committed in the circumstances described by Article 65 of the Federal Penal Code such as i). fraud and breach of trust; (ii). bribery & corruption;  (iii). embezzlement of public funds; (iv). money laundering; (v).forgery; (vi). dishonored cheques; (vii). director & officer liability for mismanagement or stating false information in company records; (viii). cyber crimes; (ix). labour issues and violations of safety regulations which cause the death of one or more employees; (x). criminal cases against employees for theft, breach of trust or disclosing confidential information. However, UAE is hunting to curb the incessant pace of corruption in its governance, which may hit by a spate of large-scale corporate scandals. So in order to fix liability for corruption and bribery offenses, it becomes relevant to examine criminal liability, not just of individual directors or agents of a corporation, but also of the company itself.  Although considerable debate surrounds society’s increasing reliance on criminal liability to regulate corporate conduct, few have questioned in depth the fundamental basis for imposing criminal liability on corporations. There are no bodies like SFO are established in the UAE and the government should ponder over this concept to bring and address more transparency in the legal system.

The recent past has seen various offenses enacted, or proposed, which have either abandoned or eroded the identification principle. However the criteria for establishing the criminal liability of the company for these offenses are different, but they share the presumption that a company should be prosecuted if its organizational faults or failings are such that others associated with the company have committed crimes. The SFO brings further charges, and the introduction of DPAs, for the offense of failing to prevent bribery, the impetus will inevitably return for expanding the “failure to prevent” and “gross breach of duty” models into new types of corporate crime.