“Don’t interrupt when someone else is speaking”. “Don’t talk whilst your mouth is full”. “Don’t bite your nails”.

Wherever we grow up and whatever language we speak at home, all of us are undoubtedly subject to an in-house set of behavioral customs and guidelines imposed by our parents and elders. Every family will additionally have in place its own disciplinary procedure and retributions for flouting the rules. And whatever the consequences and whether deliberate or accidental, it is inevitable that at one point or another we all fall short of our family’s customary expectations. Would we take more care to abide by the rules if the punishments were more severe? What if our actions were not simply breaching family convention, but actually breaking the law? Let us take another stereotypical gem of parental wisdom – “if you can’t say anything nice, don’t say anything at all”. If we breached this rule – namely, if we were to say something that isn’t “nice” about somebody – we would be chastised accordingly by our family. But depending on exactly what we had said, we might have broken federal law and be liable for a punishment far greater than being expelled from the room. 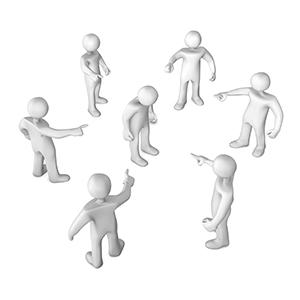 To put this into context, saying something controversial about another person may be considered as defamation – an act which is criminalized under UAE law. Pursuant to Federal Law Number 3 of 1987 (the Penal Code) the law on defamation provides that a person may not make a statement by any means if it has the potential to have the detrimental effect upon the person to whom the statement refers. In any allegation of defamation, it shall be for the prosecution to prove beyond all reasonable doubt that all three of the elements of the offense have been fulfilled.

To some extent, the written law (namely Articles 371 – 371 of the Penal Code) is very clear. For example, a “detrimental effect” is deemed to have occurred if a victim of a statement has become consequently susceptible to punishment, or exposed to public hatred or contempt (regardless of whether any such punishment, hatred or contempt has actually transpired) under Article 372. The same may be said of a false accusation which publically dishonors or discredits the victim, whether or not a specific event is referenced by the discrediting party, as per Article 373. However “making a statement” is not defined with such clarity, thus allowing for a wide interpretation. What is a statement, and how do we determine whether or not such a statement has been made?

Chapter 6 of the Penal Code is entitled “Defamatory Crimes – Libel, Slander, and Violation of Secrets”. This diction in its very basic sense gives us some guidance with regards to the constitution of a statement, with libel being the written word and slander the spoken. Furthermore, the law gives specific examples, citing newspaper print in Article 372 and over the telephone, in the presence of a third party or by letter in Article 374. However, the statute is without limitation and the definition of a statement is left ambiguous.

Evidently, a written statement may be made via a wide variety of mediums other than in print. This is a fact which has become increasingly prominent in the context of defamation when considering the increased use of communication-based technology and social networking. Surely if we posted a comment on Facebook or Twitter which exposed someone to the risk of public contempt or otherwise jeopardized his honor we have breached the defamation law – especially as a social networking site may be considered as “any means of publicity” as per Articles 372 and 373. And although posting offensive comments about our peers is perhaps an activity confined to younger generations, the law also goes so far as to also protect the reputation of commercial entities. Consequently venting our frustrations with regards to a substandard product or a disappointing level of customer service to our friends online may render us liable to prosecution owing to a breach of the defamation provisions.

The solution to this problem is simple – we need to take care and be mindful of the law when publishing any comment into the public domain. We should also remember that the fact that the general public may not have access to our respective web pages is not necessarily a defense, as the law does not specify a target audience. But what are the rules regarding communications which may be considered private? Will a person be in breach of defamation law further to a statement made via a medium which pinpoints a very specific recipient – a statement sent to another via our mobile telephones, for example? We have already noted the rapid development of communication-based technologies, with applications such as Blackberry Instant Messenger, WhatsApp, and Snapchat being amongst recent popular advances. Such programmes facilitate constant, unrestricted and private contact with acquaintances – but does the law of defamation still apply? Further to a public warning issued by the Abu Dhabi police department Gulf News published an article on 26 July 2011 citing that the misuse of instant messaging services is punishable by up to three years imprisonment[1]. The author, quoting the manager of the UAE’s Telecommunications Regulation Authority, alludes to the way in which information and rumor can spread at a tremendous speed due to modern devices, and specifies that the defamation laws cover the use of such technology in communicating detrimental statements and materials. It, therefore, seems as though we should exercise equal diligence when communicating through private channels.

So we have established that a statement may be made via a plethora of methods. But what of the definition of “statement” itself? Most of us would agree that making a statement means to convey an expression – but is this description restricted to the conveyance in words, whether spoken or written? They say that a picture paints a thousand words - could a photograph constitute a statement? Or what about a video clip? Given that either of these examples has the potential to tarnish the reputation of the subject it follows that defamation provisions would apply to any individual disclosing the contents of the same. Furthermore, Article 371 of the Penal Code criminalizes any breach of the sanctity of a person’s privacy. Under this law, it is an offense to publicize any information pertaining to an individual obtained without his consent, including but not limited to images. In September 2013 UAE headlines reported an incident in which a third party captured on film a physical dispute between a local citizen and a foreign truck driver and posted the video on the website YouTube – although the driver was arguably the victim of an assault, both parties were considered victims of the violation of secrets provisions of defamation law, as the captor of the footage had not sought permission from either before publicizing it online. Again, in the current age of technology capturing images and videos on mobile phones and posting them to social networking sites is common practice – would it ever occur to us to approach each friend present in a group shot and obtain their consent before sharing the image on Facebook? Failing to take this step not only breaches defamation law but also falls foul of Federal Law Number 5 of 2012 (the Cyber Crime Law), which forbids any breach of a person’s privacy via technology. 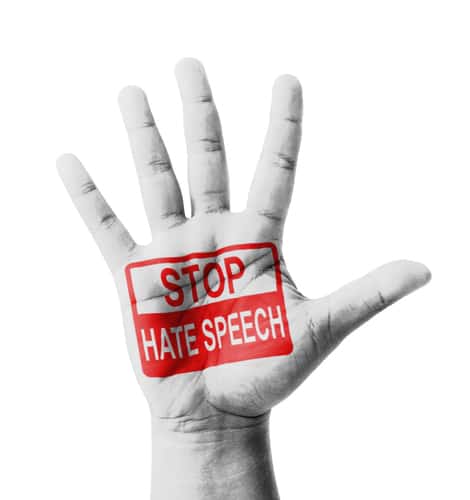 So what are the penalties risked by anyone (perhaps understandably) neglecting to exercise such diligence? Making an allegation with the potential to affect a person’s public reputation may incur a fine of up to AED 20,000 or a period of up to two years’ imprisonment (Article 372). Making any sort of statement which discredits a person could attract a fine of AED 10,000 or one years’ imprisonment (Article 373), and a fine of AED 5,000 or six months in custody is risked by anyone making such a statement by telephone or in the presence of both the victim and a witness (limited to a fine only should the statement be made by letter or in the presence of the victim alone) (Article 374). The conveyance of any such material via newspaper will aggravate the offense, as will the victimization of a public officer.

The premise of this article is by now (hopefully!) very clear – if you make a defamatory statement about another via any means, you are likely to face legal consequences. But before we conclude (and because we here at STA are fair and just lawyers) let us pay due consideration to a conflicting perspective – namely, what if a statement made has the potential to risk the public reputation of another, yet is also true? Is our right to free expression quashed by a wrong-doers’ right to protection from a tainted public image? Several national constitutions across the globe strive to protect the reputation of individuals, yet human rights instruments take great efforts to promote our right to free speech – the issue at the heart of the debate, therefore, seems to be “how do we balance the two sets of provisions”?  Without taking our discussion in the direction of media “gagging orders”, which are increasingly prevalent in this era of advanced media technology, several high-profile cases (such as that of former FIA president Max Mosley) appear to be turning on one key fact – protecting a person’s reputation is not the same as protecting his privacy. In addition to this the element of public interest has also been considered – does the story or statement in question consist of something the public need to know? Precedent suggests that if the answer is “yes”, no breach of defamation or privacy provisions will have occurred.

But bearing in mind the severe consequences of failing to take the necessary precautions, then whether a statement is true or not, perhaps we should henceforth consider another piece of parentally-imparted wisdom and “think before we speak”.