“The malpractice is an error occurs due to the unfamiliarity of a practitioner with the technical aspects which each practitioner is assumed to be familiar with, due to negligence or paying insufficient efforts.” 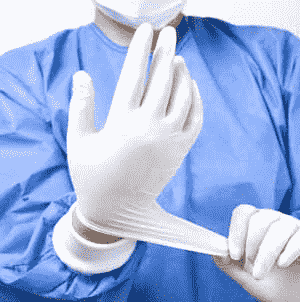 On its way upward when the United Arab Emirates was well transformed into a country of ravishing skyscrapers, diverse business opportunities and world-class infrastructure facilities the Government of the United Arab Emirates realized that its own elite class of local Arabs was turning to the West for medical treatments and therefore a business opportunity was being missed. For a country that has developed and transformed at a lightning fast speed, this was a wake-up call. Besides developing sophisticated medical infrastructure to advance medical tourism, the need for a conclusive legislation was felt.

In light of the aforesaid, the Federal Law 10 of 2008 (Medical Liability Law) was enacted in the UAE which governs the specific aspects of the medical profession and the relationship between doctors and patients. Before 2008, medical malpractice claims could be based on the provisions of the UAE Civil Code (Federal Law No. 5 of 1985) or on the Penal Code (Federal Law No.3 of 1987). A request could be made before the Dubai Health Authority (DHA) to identify and appoint an expert medical practitioner to assess a case of medical negligence. In civil claims, reliance was placed on the UAE Civil Code and likewise, a criminal claim would involve provisions of the UAE Penal Code in relation to the performance of a duty. However, discrepancies were resulting in the application of different principles by the Courts either on a civil or criminal level and therefore the new law has become essential for the intended development of the medical sector and more so from a legal point of view. The law provides for imprisonment up to at least two years and not exceeding five years or a fine between AED 200,000  and AED 500,000.

The present Medical Liability Law does not intend that medical practitioners would provide some kind of panacea to their patients. What the law does provide is that they would observe care in the treatment of patients and be professionals in their respective field. This law recognizes the existence of the duty to care for a patient by each physician and penalizing the latter when due to his negligence or lack of professionalism the patient suffers injury or damage. The Law clearly states that such lesions (for which claims are being made) must be derived solely and exclusively from medical negligence or in other words, determining whether any other doctor of some repute, the similar degree of technical and scientific competence and with the same case study would have acted in a different manner.

Like many of its counterparts, the Medical Liability Law faces certain challenges. The law itself being federal in nature faces a major problem in that the medical malpractice complaint may be filed before different authorities depending on the local laws of the Emirate where a complaint is being filed.  Within the Emirate of Dubai, for instance, a person can file a complaint before the DHA; register a criminal complaint in police station or prosecution; register a civil suit before Dubai Courts. 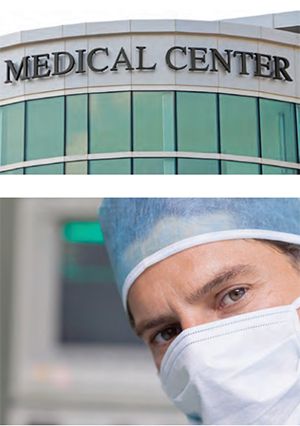 DHA is a regulatory and administrative entity regulating the healthcare practice in Dubai and has an established administrative system with sanctions to the physicians who are guilty of medical malpractice. For example, in July 2010 a doctor was sacked and also banned from practicing in the UAE after being proved that she was responsible for a death of a child. However, it needs to be noted that although registering a complaint with DHA is free of cost, yet DHA is only a regulatory body which is not empowered to sustain a legal proceeding. Therefore the interpretation of the Medical Liability Law by DHA can differ from that of a court’s interpretation.

In essence, the numerous interpretations of the same law by different entities leave little room for the coherence and consistency of decisions –much needed when it comes to a matter so sensitive.

A major problem faced by patients is the lack of statutory provision for a medical practitioner to confirm that his patient was subject to a wrong treatment by the earlier doctor. Some people also argue that this law is too advanced, for the UAE culture. "Their system is very advanced and the society is very educated. Here, they have implemented all the rules and regulations without thinking of social changes. That is creating a lot of problems, especially for surgeons" a doctor whose name is not revealed quotes this in an interview to The National. In a recent Abu Dhabi case, a woman suffered second-degree burns on her thighs during laser hair-removal treatment and as the burn marks turned black, she decided to sue the hospital demanding AED 60,000 as compensation for physical and psychological harm and AED 25,000 as a refund the cost of the treatment. Despite the fact that the hospital argued that it wasn’t a medical error, defending itself explaining the court as such kind of damage can occur to people with sensitive skin and how they warned the claimant about that eventuality, the court refused all such arguments and condemned it to pay AED 100,000 to the claimant which was AED 30,000 more than the claim made.

Therefore, while applauding the initiative, the law must be carefully examined given the fact that the misuse of this law can bring serious implications from the reluctance of experts in medical field to choose UAE for practicing their profession, the abuse of rights, and even the ruin ab initio of the whole idea and investment made by the country in medical tourism.