Piracy and its Consequences 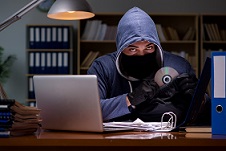 The digital age has undeniably provided us with many benefits that we use on a daily basis. With the internet and the ability to communicate globally and share information with only a click of a button, the human reach can go beyond political borders. However, one unfortunate detriment to today’s abundance of technology is that, often, the information that is being shared has been illicitly obtained by pirates. “Pirates” here is not referring to the men on ships who loot other ships for treasure, limping on wooden legs and screaming “Arrr!” at the top of their lungs. Pirates are, in fact, another term for people who illegally distribute copyrighted information and material ranging from computer software to movies. With no authorization or licenses, these pirates reproduce, use, and share these materials without the consent of the authors or copyright holders. Consumers who enjoy these pirated materials are usually unaware of the negative impact it holds. Governments around the world have been collaborating via the services of international organizations, such as the World Intellectual Property Organization (WIPO), to combat piracy and find solutions to the illegal circulation of copyrighted works.

You may be wondering why piracy is illegal anyway, especially when pirated content is reaching a wider spectrum of audiences who are otherwise unable to enjoy it, whether the reason is due to the price of the original material or the overall availability of it. Most pirated products of large companies that receive profits so massive that a few bucks would not necessarily hurt them—or, at least, that is a common belief. However, what people fail to realize is that, behind these multi-billionaire industries, original authors are the ones who are getting damaged the most. These authors are usually under a contract or agreement that is heavily based on the sales of their work, receiving a certain percentage of the profit their work makes. A publisher, for example, may agree to help in selling the book of an author under the condition that he or she receive twenty (20) percent and they receive the remaining 80 percent. The fewer purchases of the book, the fewer profit the publishers are receiving, and the fewer money goes into the pockets of the original writer. Though the publisher loses the chance of gaining profit, the greater impact is on the author who depends on the sales of their work. This is just one micro-example of the negative connotation that piracy entails. This makes it becomes difficult for artists, programmers, and the likes to make a living out of their work if all who consume it do it through piracy.

What have governments been doing to combat this? Let’s take the United Arab Emirates as an example. According to a study in 2016 by the Software Alliance (BSA), the UAE has one of the lowest rates of unlicensed software installation. In fact, despite the widespread piracy issue in the Middle East, the UAE has been active in its efforts to combat and reduce piracy within its borders. The government has implemented copyright and trademark laws that, aside from providing an umbrella of protection for original authors and their works, are hostile towards pirates who misuse the material. There is a higher risk for pirates to prosper here in the UAE. If caught, they can be jailed, face charges of vast amounts, or risk the possibility of getting deported—depending on their case and the court rulings. The UAE has been putting forth laws that are in favor of copyright holders as intellectual property is one of the priorities of the government. The primary referenced and implemented is the Federal Law Number 7 of 2002 amended by Law Number 32 of 2006 regarding Copyright & Related Rights (the Law). The law strictly protects copyright holders in the UAE. This initiative began roughly in the year 2011 after the Department of Economic Development in Dubai published a report titled ‘A Small and Medium Enterprises Development Perspective of the Media Industry in Dubai’. This report included the issues of piracy found across different sectors of the media industry and emphasized the lack of strict enforcement regarding them. It was published in 2010 and, since then, the UAE has been working hard on removing the threat of piracy within its community.

Despite the active efforts of the government, there are still pirates who distribute copyrighted material either through the internet or by selling them illegally. There is a high number of consumers in the UAE who often download movies or television shows through user-friendly torrent sites —which are illegal. While the government advises against supporting piracy, their efforts have been focused on catching the pirates themselves and not the consumers. There are very often cases of the authorities catching and charging people who contribute to the unauthorized distribution of material. For example, authorities in the UAE have seized and raided a collection of shops found across the Emirates for the unlicensed and illegal selling of services from the Orbit Showtime Network (OSN). OSN, a television satellite provider, has collaborated with the government to combat piracy of their products and help in protecting the broadcasting industry—which loses approximately 1.8 billion AED per year due to piracy. These shops undergo a process of investigation by the Criminal Investigation Department or the Department of Economic Development of the respective emirate, following by a forced shut-down and a hefty fine (up to 10,000 AED). In some cases, managers of the shops were required deported from the country. For another example, individuals have been caught uploading pirated movies online. The justification is quite simply the infringement of the copyright and trademark laws that the UAE implements. Copyright holders, such as OSN in this case, can directly report violations of their intellectual property rights—of which the government immediately begins investigating.

OSN has also been cracking down on individual pirates, who upload their services online without a price. Back in 2016, an expat in Abu Dhabi has been sentenced to jail by the court for six months. He was ordered to pay a fine of a whopping 50,000 AED served as compensation to OSN for directly breaching their intellectual property rights. The man had been creating torrents of movies and television shows from OSN’s channels and uploading them directly to a pirate website—of which the authorities have blocked indefinitely following this case. This is not the first of such a circumstance. This act of copyright infringement happened as well back in 2015, where a man was guilty of pirating an Arabic film in a movie theater at the same time. The producer of the film had contacted the authorities to seize the pirate and remove the content from the internet. This verdict was in favor of the producer, with the pirate getting arrested and his devices getting confiscated.

There are even many more cases before this where pirates risk a penalty for their behavior. Currently, a piracy issue that is plaguing the South Asian community in the UAE is regarding the illegal selling and purchasing of unlicensed international satellites services. These receivers provide international television channels that are otherwise unavailable in this country. According to reports, authorized service providers have been losing up to 40 percent of profits due to residents choosing to subscribe to these unauthorized dishes. Subscribing to satellite providers such as Dish TV, Tata Sky, and Airtel is seen as cheaper than the legal television services in the UAE. Television broadcasters across the country have been collaborating alongside the competent authorities to fight television piracy to protect their intellectual property. Within UAE law, these satellite providers have full authority to enforce their rights regarding this matter. They had taken this matter into their own hands and hoped to win this piracy battle.

Intellectual property rights, as aforementioned, is being taken more and more seriously in the UAE and any violations of such rights will be subject to legal action by the court. Pirates have been penalized for their criminal offenses regarding their actions. Whether it be multi-billionaire corporations or small underground artists, the local authorities are putting in their best efforts to protect their rights and, moreover, to maintain their reputation as the only Arab country within the list of countries with the lowest rates of piracy, according to the BSA study. Their means of fighting piracy is, as the cases given above, have been hostile towards pirates who disrespect the copyright laws of the country. Sure, these pirates get to enjoy content for a low or non-existent price—but at what cost? Is it worth having a criminal record and risking deportation?  Sometimes, unfortunately, pirates can get away with their behavior, especially through using Virtual Private Network (VPN) services that protect their identities. Still, the authorities have recently developed technology to track down the IP address of VPN users—making VPN an inadequate means for pirates to protect their identities.

Efforts in combating piracy are also related to the UAE’s efforts in becoming the hub of entrepreneurship and creativity within the Middle East. If piracy prevails and the intellectual property rights of creators are not being protected or respected, then the country risks losing the chance of hosting innovators—especially with the highly anticipated Expo 2020 in Dubai. Industries around the world are subject to losing profit due to the existing piracy within each country. The government has to continue with cracking down on these pirates to dominate internationally. Of course, the UAE is also currently concerned with cracking down on actual pirates who are terrorizing the seas and hijacking commercial ships—but that’s a different story for a different day.

Before anyone decides to download a torrent of that movie that was recently in the cinemas or that game that they have been trying to get around to, they should consider the impact that will result from their actions. Their simple act of enjoying a pirated material free of charge could be costing hard workers lots of money that they deserve. They would be risking getting those creatives out of business due to the loss of profits and risking getting caught by the authorities. Moreover, they would be supporting online pirates who act illegally in the UAE and are being currently sought out after. Better stay safe than sorry and stick to the legal alternatives!