The New Copyright Regulations in Kuwait 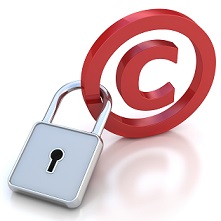 Creativity is the work of art stimulated by the human mind. Every song ever listened to, every movie ever watched and every article ever read (irrespective of the level of creativity) is the work of art of a lyricist, screenwriter, and an author, respectively. Although intangible, creativity shares a similarity with other tangible assets due to its capacity to generate revenue. Therefore, like every asset with an underlying value, the output of a lyricist, screenwriter, and an author is also capable of being appropriated without authorization or consent from its owner. Further, the efficiency of a state’s intellectual property laws also underlines the level at which they intend to promote artistic works, inventions, corporate structures, industrial designs and everything else that could create an identity while generating revenue. Hence, legislators take utmost care and exercise diligence while drafting intellectual property legislation(s).

Formerly, Law Number 64 of 1999 concerning Intellectual Property Rights[ii] (the Old Law) was the primary piece of legislation to govern copyrights in Kuwait. However, the ambiguities and procedural issues of the Old Law along with the economic progression of globalization gave rise to the need to implement a more structured and elaborate law to protect copyrights in Kuwait. Therefore, Law Number 22 of 2016 concerning Copyrights and Related Rights (the New Law) repealed the Old Law recently. Many suggest that this legislation is a response from Kuwait to the United States Trade Representative (USTR) concerns regarding an inefficient intellectual property law in the country. Therefore, the USTR put Kuwait on its watch list, unless the state came up with international standards and improved its enforcement mechanism of intellectual property rights.

Hence, the New Law has extensive provisions increased the duration of protection to the author’s lifespan and fifty years after their death. It is crucial to note that after this period, the work of the author will enter the public domain and its copyright protection will not be applicable after that.

The work of an author assumes moral and economic rights under the New Law. The economic rights lead the author to benefit from the financial aspects of their work being used by others and moral rights give the authors the control to preserve their connection with their literary or artistic work. The New Law has provided for an extensive procedure beyond the requirement of any other copyright law in general. However, both, the Old Law and the New Law do not explicitly confine economic rights to particular activities as they are generic, and broadly state that the authority to give permission and prohibit the use and exploitation of their work rests with the author itself. 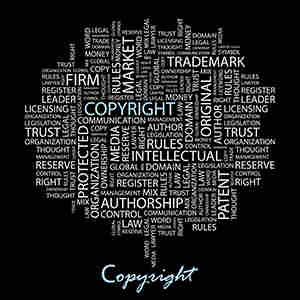 Article 3 of the New Law states the different kinds of works that can confer protection under the statute and Article 4 laid down certain circumstances and situations where the legislation would not be applicable such as principles, intangible ideas, texts of laws, judicial decisions, court rulings, and news among other things.

The New Law applies to both nationals of Kuwait and foreigners as well as authors who publish (or register) their works for the first time in Kuwait. The provisions of the New Law are also applicable to the citizens of WIPO member states. The legislation a vast ambit of jurisdiction as it also applies to countries who present Kuwaiti nationals with reciprocal rights.

The New Law has also rendered that all the provisions of the Old Law that are contrary to the current legislation would be void. However, both the legislations also have substantial similarity to adhere to international intellectual property standards. For instance, article 2 of the Old Law confers protection to computer literary works such as databases and computer software. Whereas, Article 3 (11) of the New Law is a similar provision which provides that computer software(s) with copyright protection and is in conformity with the international standards of WIPO. However, certain other international conventions such as the Berne Convention has failed to provide computer programs including digital databases and software with copyright protection.

Neighboring or related rights are granted to guard the legal interests of broadcasting organizations, performers, and producers. In other words, it is regarding persons and legal entities that provide the public with access to literary or artistic works.

However, the protection of related rights to individual beneficiaries is limited by some exceptions. The New Law permits the use of content for specific purposes, such as reporting, private use or scientific research and teaching. Due to these exceptions, while protecting the creativity and idea of the authors, the general public’s interest has also been addressed by the legislators. Article 16 to article 20 of the New Law details the related rights and provisions that apply to performance artists, sound record producers, and broadcasting organizations.

The New Law has provided the National Library of Kuwait (the National Library) with authority to ensure the implementation of the statute. This is a novel and different concept in the traditional intellectual property laws of Kuwait. Previously, the Ministry of Information was the competent authority to enforce such legislation in the country. However, Article 36 of the New Law has stated that after being designated by a competent minister, the staff of the National Library is granted the prerogative to monitor and inspect the enforcement of the legislation by examining and reviewing the printing press, libraries, and public houses. The provision further states that the facilities of the above entities may be temporarily or permanently (in a case of repeated violations) closed if and when any of they violate the New Law.

Although this legislation gives substantial power and authority to the National Library, the exclusive authority for investigation on these matters rest with the Public Prosecution. In this regard, article 40 states that the public prosecution would be responsible for the prosecution of all violations of the New Law. Further, violators may also face imprisonment of six (6) months to two (2) years and a penalty ranging from Kuwaiti Dinars five hundred (KD 500) to Kuwaiti dinars fifty thousand (KD 50,000) in the case of an infringement of a financial or moral copyright. This requires the National Library staff to notify the Public Prosecution when there might be a possibility of infringement to initiate the investigation and legal proceedings in the matter.

Today, copyright legislation is of vital importance since it protects and encourages the innovative and creative works and ideas of the authors. The New Law is expected to reform the domestic copyright laws of the country to international standards laid down by various organizations such as the WIPO. Therefore, corporate entities and individual authors should ensure their compliance with the New Law while dealing with copyrighted information in Kuwait.