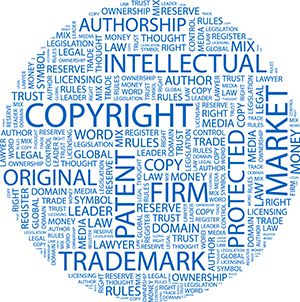 I'm sure someone has told you, "I have an idea"! And when someone has an idea that is (or is believed to be) great’ the question is - how can they protect it? But did you know that an idea cannot be protected under the copyright law?

Or did you know that in the United Arab Emirates the financial rights of the author are protected all through the lifetime of the author and fifty years thereafter, commencing as of the beginning of the calendar year subsequent to the author’s death? In fact, what do we know about intellectual property? The truth is that this is definitely a “new area”, unfamiliar to most of the people - but is one which moves millions of dollars every year all around the world. Everything from the paintings we know, the books we read, the music we listen to (and the so-called plagiarism associated therewith) is all covered broadly by the practice area of intellectual property, and specifically by copyright law.
But let’s start from the beginning - what work is protected by copyrights?
Within the United Arab Emirates, copyright matters are regulated by the Federal Law Number 7 of 2002 concerning copyrights and related rights (the Law). Article 1, concerning the definitions, defines work as “Any innovated work, in literary, artistic or scientific domain, of whatever type, manner of expression, significance or purpose”, and the author as being “the person who creates the work, any person whose name is mentioned thereon or if, upon publication, the work is attributed to him as being the author thereof”. The Law also considers author “whoever publishes anonymous or pseudonymous work, or in any other manner, provided that there is no doubt as to the true identity of the author”.
The Law is very specific with regards to the scope of its protection, defining which works are protected by copyright (Article 2) and which works fall outside of its remit (Article 3). Accordingly, books, computer programs, musical compositions with or without words, architectural works, speeches, illustrations, or photographic and analogous works shall be afforded the protection of copyright, whereas ideas, procedures, work methods, mathematical concepts, abstract principles, and facts shall not. But let’s focus on the work itself - for the most part, Article 2 appears clear when listing the type of works subject to protection. However, it lists as item 12 “derivative works”, stating that these should be “subject of protection without prejudice to the protection prescribed for the works from which it has been derived”. “Derivative works” appear much harder to conceptualize, and even to distinguish from plagiarism. In order to explore the concept of “derivative work”, we should, therefore, start with the work itself.
So how is a “work” born? When an author creates a work, usually he will have in mind his collective heritage and will base his creation on the world around him. Therefore the work will always be influenced by whatever the author absorbs, from howsoever he perceives the world, either through his senses or through his intuition. Ultimately the author ends up reflecting on his work a hint of his personality beyond that which he felt about what he perceived – the work will, therefore, be unique because of the creative process involved.
However, instead of the collective heritage, the author may also base his new work on a previous work. He can use pre-existing work as inspiration - a concept known as creative essence - and by printing his personal touch and reflecting his personality in it, he will create a new work. This will be a “derivative work”. Thus, while maintaining the spiritual connection between the two works – which means that the first work is still recognizable within the second - the creativity that the author prints to the second is the “key” for it to be autonomous and independent of the former.
It may sound complex, but it is important to note that the concept of derivative work covers everyday examples as common as translations, music remixes or cinematographic sequels wherein the characters we know are re-utilized for a new work (either by the same author as the first work or by a different one). 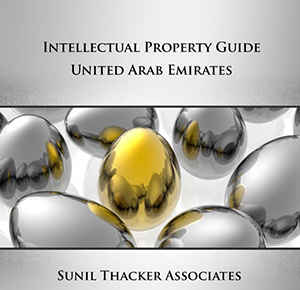 As in any matter involving intellectual property rights, this distinction is not easy. In order to assess whether we are still before the first work or before a derivative work it must be taken into consideration whether the derivative work is the result of a transformation of a pre-existing work. This will involve three essential elements: the existence of an earlier work, an additional effort of creativity on this earlier work and the fact that this new work, due to the creativity applied to the pre-existing work, became an autonomous work, and as such likely to be covered (either fully or in part) by copyrights.  Here, the author of the derivative work will be afforded exactly the same rights as the author of the original work has on that pre-existing work.
It seems important to note that it is not mandatory that the pre-existing work is protected under the copyright law. Derivative work can also be inspired by works that have already fallen into the public domain, and this will not prevent them from being susceptible of protection for all its content – for example, the translation of a classical work that has already fallen in public domain. In this case, there will be no need to obtain permission from the author of the pre-existing work prior to translating the same, as it has already fallen into the public domain. The derivative work will be protected like any other derivative work nonetheless. It is also relevant to state that there may be variations of derivative works – in other words, it is not required that the pre-existing work was an original work. There are not only a first-degree transformation but also, second, third, and so on – that is to say, derivative works inspired by derivative works.
It is of further significance that the Law establishes that the derivative work enjoys its protection “without prejudice to the protection prescribed for the works from which it has been derived”. In other words, it means that a derivative work must always be authorized by the author of the pre-existing work. Article 7 of the Law states that “the author alone and his successors, or the owner of the author’s right, may authorize the exploitation of the work in any manner whatsoever”, listing some of the different ways in which this may be achieved. If the author grants this right, it is important to clarify that the author is not selling his right or allowing plagiarism, he is simply allowing someone to create something new, with his original work as a starting point.
However Article 21 grants an exception to this right of the author, stating that “any person may request from the Ministry to be granted a compulsory license for reproducing and/or translating any work protected (…)”. Those “licenses shall be issued, pursuant to a justified decision, in which is specified the scope of time and place of its exploitation as well as the fair consideration due to the author, provided however that the objective of issuing such license shall always be restricted to the fulfillment of the requirements, of all kinds and on all levels, of education; or the requirements of public libraries and archives”.
Another exception is the fair use. This doctrine defends the possibility of using the original work without permission in some special cases, most of the time as defined by Law. The UAE copyrights law contemplates this possibility as Article 22, stating “without prejudice to the moral rights of the author provided for in this law, the author may not prevent third parties, after the publication of his work, from performing any of the following acts”, going on to list circumstances which shall not be considered as infringement of the copyright of the author. The most well-known examples are the use of the work in a study or research, education or citations within the customary limits of the work for the purpose of criticism, discussion or information, where the source and name of the author are cited. It is of extreme importance to stress that minor changes without authorization from the author will be considered as plagiarism, even where a new work derived from or based on a pre-existing work is concerned. Any lack of authorization or license from its author it will be considered a copyright infringement.

Let us consider works of fiction. If I make a sequel of a movie or a book, with the same characters as the original, how will copyrights apply to the old characters? Will they be considered as part of the derivative work and accordingly be granted new protection? Unfortunately not. In this case, all the new elements will be granted new protection, but the original protection granted to the first author with regards to the old elements will apply during his lifetime and fifty years commencing as of the beginning of the calendar year subsequent to his death. The same will apply for a remix of a song or piece of music - the old elements will keep the originally-afforded protection, whereas new protection will apply to any original additions thereto.
So what if I am the author of the first work? Will any derivative work (inspired by my original work) created by me be granted protection? It depends. Obviously, as it is my work I won’t need any special license or authorization to use it, h, wever to be considered as a “new work” my creation will have to contain a “new” element in order to render it a derivative work. Minor changes won’t be enough for its recognition as a derivative work - I will have to innovate and present a work different from the first work in order for new protection to apply.
Thus, in a world in which sequels, remakes, translations and remixes are part of everybody’s life, copyright protection is a subject that we should all consider in order to avoid trouble.  We have to bear in mind the topic involves many grey areas, where plagiarism, old work and derivative works often appear indistinguishable. The best approach in order to avoid problems would therefore be to consult a specialized lawyer before using any pre-existing work.