“If buyers wish to be snobs, the law will protect them in their snobbery. i”

Consumer industry is demanding and precisely so when it relates to high-end luxury at a fraction of the retail cost. One would be only foolish to not take a sprint for runway luxury at a plausible price.  The hard sell tactics are a common site in the ‘special’ alleys better known for the ‘best buys’ of popular luxury brands. In the dictionary of lawyers, these best buys are known as counterfeit goods and no matter how lucrative it may sound- dealing with them is a punishable offense.

Three brisk warning from a lawyer in the similar field could possibly be- i) the health warning- the goods may be genuinely hazardous in many instances, especially fake leather or even more? Fake medicines ii) the moral warning- counterfeit goods have the indirect yet noteworthy effect on jobs of many, loss of profit for the owners iii) the third and most important- legal warning – counterfeiting goods is illegal, in most if not all jurisdictions.

Counterfeit items consistently find novel means and ways to knock off their rivals – the pure, expensive and originals. Earlier traditional boundaries were limited to small-time retailers and grey markets but the internet has opened a plethora of opportunity for counterfeits. This increased prevalence in the online and offline marketplace has had a severe impact on both macros as well as micro levels. A challenge for illegal traders is that counterfeit goods in large quantities cannot enter countries unless they are illegally smuggled.  Counterfeit goods strain economies and waste scarce resources. Markets are flooded with forged goods, evading payments of customs and fees owed to the state. In return, the state loses a portion of its income. Such goods are not of the same quality as that of original goods. They get damaged quickly without achieving the purpose and drain customers’ money to waste. If the damage resulting from counterfeit products is limited to the physical losses, it may be rectified but the main issue involves counterfeits of food, medicine, cosmetics and auto spare parts that if not produced according to specific provisions and may cause injury or death.

Across borders, state machinery has gained momentum in countering counterfeit goods trade practices. In addition to distinct state legislation, the multinational treaty like Anti-Counterfeiting Trade Agreement (ACTA) has gained significance. In a media statement, the Commercial Compliance and Consumer 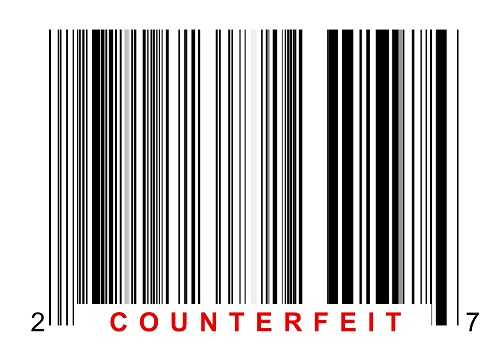 Protection (CCCP) official in Dubai stated that in a drive against counterfeit goods, they confiscated 3.5 million counterfeit goods in 2015. The United Arab Emirates boasts of streamlining principle legislation by way of enforcement machinery to combat counterfeit goods. In principle, this is possible in light of the following laws:

I.             Federal Law Number 4 of 1979 on Combating Fraudulence and Cheating in Trading Dealings regulates commercial cheating crimes and its penalties. Article 1 punishes anyone who cheated or began cheating the contracting party. Article 2 criminalizes everyone who cheated, began cheating or sold food, medical drugs, agricultural products, natural products or any other material. The article stresses punishment if the substances are harmful to health. Article 3 criminalizes anyone possessing such goods. Article 4 prohibits importing anything cheated. The law grants the Minister of Economy and Commerce the right to destroy such products at the importer’s cost if s/he does not re-export them to their source by a set date. Article 6 states that officers assigned to such crimes must prove to breach of the Fraudulence and Cheating Law. Articles 7-13 address procedures in order to establish if the crimes committed violated the provisions of law and its measures.

II.              Federal Law Number 37 of 1992 concerning Trademarks defines a trademark as any sign or indication set by a merchant, manufacturer, or service owner in order to distinguish their products from others. The law criminalizes counterfeiting, forging, and exacting of trademarks and regulates the registration of trademarks, transfer of ownership, mortgage of trademarks, contracts licensing the use of trademarks, and trademarks allocated for the Control or Inspection of Certain Products. The Dubai Court of Cassation in Case 114 of 2008 heard on 9 September 2008 has held that{[1]:-

"The imitation of a trademark is the fabrication of a mark similar in its overall appearance to the original trademark, to a degree sufficient to mislead the consuming public to whom such marks are directed, and causing them to confuse between the original brand and the counterfeit.  The purpose of a trademark is to be a means of distinguishing a specific commodity or goods so as to remove any confusion between them, and so that the public will not be confused and misled.  That purpose is achieved by the difference between marks that are used in distinguishing a particular commodity or goods when confusion between them is removed, and the consuming public is not misled and confused."

III.            Federal Law Number 18 of 1981 amended by Law No. 14 of 1988 concerning Organizing Trade Agencies Article 1 defines a Trade Agency as “a representation of the principal by an agent for the purpose of distribution, selling, display, or rendering of a commodity or service.” The law requires registration of the commercial agency in the Ministry of Economy and Commerce.

IV.              Federal Law Number 24 of 2006 concerning Consumer Protection defines a consumer as anyone who attains any goods/services in order to satisfy personal or others' needs. The law obliges the supplier to return or replace any goods in instances of any defects discovered by the consumer, provided that the return and replacement are pursuant to the law. Regarding advertising, “the supplier shall not offer, present, promote, and advertise any defect, fake, damaged, or misleading goods/services that may harm the consumer.”  Article 8 emphasizes the necessity to record goods’ prices where “the supplier shall display the price in a clear way or in a clear place over the goods’ shelves.” The consumer may obtain a dated invoice that includes the type and price of the good along with any other information specified in the Executive Order of this law. Concerning services provided by the supplier, Article 13 stipulates that “the services provider shall warrant the consumer a period of time that matches the nature of the service, otherwise the service provider shall either remit the amount paid by the consumer or shall provide the service again in the proper way. The Executive Order of this law specifies the warranty period according to the type of service.”

The Court of Cassation in Dubai established principles on combating commercial fraud, ruling that malafide intentions must be proven to establish such acts as crimes; good intentions are initially assumed until otherwise proven. A provision refers to Article 5 of the Law No. 4 of 1979, which prohibits merchants, manufacturers, or producers to do the following: 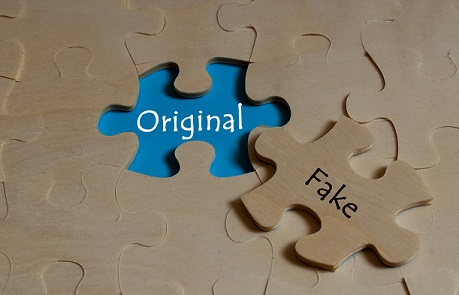 The Gulf Cooperation Council (GCC) countries are preparing to prohibit importation of all electrical supplies with low quality or cheap materials that do not meet the required entry conditions or threaten consumer safety. The GCC has agreed to adopt a unified list of all electrical supplies that will not be imported including refrigerators, washing machines, televisions, and heaters that are harmful to the environment. Approvals will only be granted to importers negotiating products with high-quality and specific provisions. Within six months, regulatory authorities prepare to commence intense market campaigns to withdraw products that violate regulations. Financial penalties will be imposed on the violating parties.

In order to minimize and possibly eradicate counterfeit products, its combat must consist of legislations accompanied by media awareness, written and spoken. Consumer guides should be provided, outlining how to distinguish between original products and their counterfeits and further emphasize the importance of dealing with reliable shops and sources. This will not only preserve the value of money spent by the consumer, but will also protect health and life.