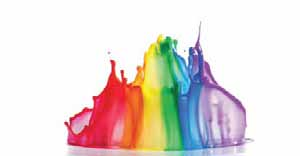 Tippy tippy tap…what color are you? Registration of Color marks

Feeling blue or are you seeing red because you are turning green with jealousy at the neighbor’s new car? Colors are not only used to describe the emotions we are feeling, but they are imperative in the world we live in. Colors have been known to soothe or irritate, raise blood pressure or even suppress one’s appetite. Colors are a compelling form of communication. Universally red means ‘stop’ and green means ‘go’ and traffic lights all over the world send this message. We constantly get influenced by colors, and it is a fact that they invoke some reaction in our essence and make us like or dislike something or buy or not buy a certain product. It should come as no surprise that colors hold a great importance and have increasingly prevailed and used as trademarks in the marketplace.

The color depletion doctrine- the theory that there are a limited number of colors in the color palette has been used to bar protection of colors. The purpose was to protect against ownership of various colors, that when monopolized, would hinder competition. In 1949, the US court refused to protect the red and white colors of the Campbell Soup’s Labels stating that it would mean monopolization of the color red. As discussed in our previous issue, colors like smells are not the most simple when it comes to trademarks. So, let's explore this discussion on registration of color trademarks!

Historically it has been a complex procedure to protect colors through trademark registration as a color was not considered to be distinguishing enough but this was rectified in 1994 when an international agreement managed by the World Trade Organisation which set out minimum standards for a range of intellectual property regulation was brought into effect. This agreement is commonly known as the TRIPS agreement (Trade-Related Aspects of Intellectual Property Rights) is the most comprehensive international agreement on intellectual property. In recent years every country has delivered its own view and understanding of this international agreement and considered applications for registration of color trademarks on an individual basis.

Several considerations are required to be fulfilled before a color can be registered as a trademark. Some of these are discussed in detail below. Registration of a color trademark requires a literal description of the color in a mark unless it is not possible to adequately describe the color mainly. References to accepted color definition standards such as the Pantone system are accepted and may be required by a trademark office. For it to qualify as a trademark, a color or the combination of colors must be able to accomplish the goods of the applicant and must be perceived by the general public as identifying the color with the products it is being used on. A single color will typically lack sufficient uniqueness to be considered registerable, but it is possible that it has acquired the distinctiveness through past use. It is simpler for color combinations as they are likely to be distinctive.  Another consideration that a trademark office will determine if the functionality of the color. It is essential that the applicant satisfies that condition that the color being registered as a trademark is not functional or generic for the goods and/or services being provided by the applicant. The applicant must be able to prove that the color being registered is not needed by competitors who are providing the same goods and services as those of the applicant.

Determining if sufficient distinctiveness exists for registration will depend on the appearance of a mark, including color.  Let us illustrate this with an example, a square divided into four and colored with different colors may possess sufficient distinctiveness without a reason to show acquired distinctiveness. On the other hand, the same four colors individually, apart from the square design, would not have the same trademark impact and would need support from the past use to be registerable.

In Australia, a specific shade of color can function as a trademark; however, the process of registration is not easy. You must show that you have used the color as a trademark and that the public has come to identify that color with your particular goods or services. Trademarks for combinations of colors can be easier to register as there may be a less common need for their use.

In the European Union, it has been stated in the Council regulation’s article 4 that a sign capable of being represented graphically, provided that such signs are capable of distinguishing goods or services of one undertaking from those of other undertakings. In 2003, the ECJ repeats the criteria from Sieckmann v German Patent Office (case C-273/00)[3] that graphical representation, preferably means by images, lines or characters, and that the representation must be clear, precise, self-contained, easily accessible, intelligible, durable and objective. This definition encompasses color marks, and therefore an applicant for a CTM or a national trademark in the EC may define their color mark using an international color code such as RAL or Pantone. In most cases, a color trademark will be registered only after an enhanced distinctiveness through use in the EC has been proved.

In the United Kingdom, the year 2012 was one of intrinsic value, the High Court of Justice, the Court of Chancery held that a color could be trademarked. Cadbury had applied to register the color purple which is synonymous with its chocolate in the year 2004. Nestle had objected to this application and the two giants had both taken off their gloves to battle it out in the court. In a historic loss, the Court of Appeal in 2013 refused the registration of the color purple on the grounds that Nestle had objected to.  Nestle did not challenge the registration; about distinctiveness but contended that, in principle, Cadbury's mark was not a sign capable of being represented graphically, and was therefore not registrable under s 3(1)(a) of the Trade Marks Act 1994. The requirement for graphical representation is to ensure that marks are defined with clarity, precision, and objectivity. Moreover, it was Nestle’s argument that the uncertainty of the trademark application by Cadbury could lead to market abuse and anti-competitive effects. 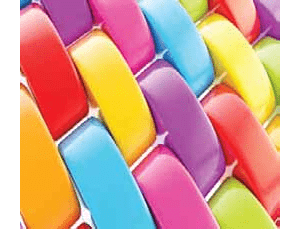 In the United States, the United States Supreme Court held that a color could be used as a trademark in the case of Qualitex v. Jacobson Products Co. The trademark owner must show that the trademark color has acquired substantial distinctiveness, and the color indicates the source of the goods to which it is applied. It must be kept in mind that along with proving distinctiveness, graphical representation, the United States Patent Office also requires proving lack of functionality before considering registration of a color as a trademark. For further information about trademark registration in Dubai, you can visit us at: https://www.stalawfirm.com/public/uploads/downloads/UAE-Intellectual-Property-Law.pdf

The UAE Trademarks Office accepted and registered for the first time a single color trademark in the year 2007 for a particular shade of orange used by Mars Incorporated for its Uncle Ben’s range of Rice Products. The UAE Federal Trademarks Law defines a 'trademark' as "anything which takes a distinctive form, whether names, words, signatures, letters, figures, drawings, symbols, titles, tax stamps, seals, pictures, inscriptions, advertisements or packs or any other mark or combination thereof." Based on this definition of ‘trademarks’ and considering that Mars secured trademark registration for the Uncle Ben’s orange color in a number of other jurisdictions, the UAE trademark office followed suit and registered the color. This made Uncle Ben’s orange, UAE’s first single color trademark.

In Brazil, South Korea, China, Taiwan, Japan and Mexico, the domestic legislation does not allow for single colors to be registered as trademarks.

Colors are vested in our lives and of inherent value. Scientific research has proven that colors change our temperament. The manufacturers worldwide are huddled to ensure that they can safeguard and protect the colors that the general public has come to identify with their products. There are a number of policy oppositions to the trademark of colors but this is possible.